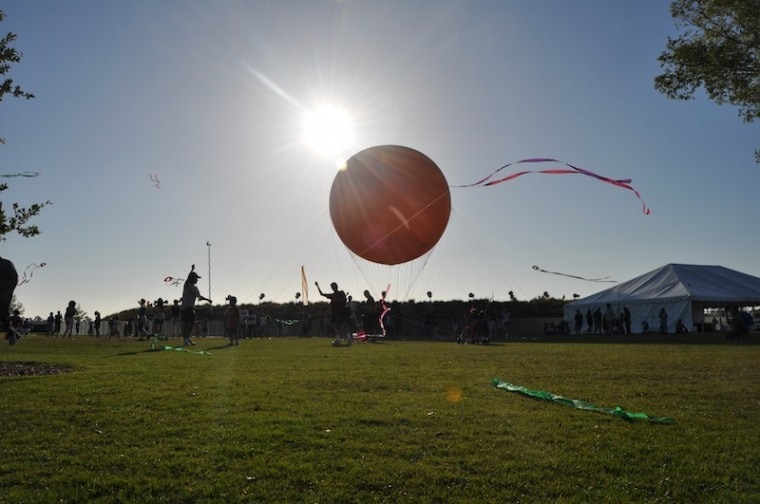 Thursday, July 14, 2011 | When Gov. Jerry Brown and the California Legislature gutted redevelopment agencies last month to help balance the state budget, city officials throughout the state began scrambling to figure how much redevelopment money they will lose and what, if anything, they can do about it.

In Irvine, hundreds of millions of dollars for the county’s largest redevelopment project, the Orange County Great Park, could be at stake. But Irvine officials are making the case that because the park sits on the former El Toro Marine air base, it should be spared from suffering the same fate as redevelopment areas born out of blighted neighborhoods.

For one thing, Ellzey argues, transforming military installations would be monumental challenges without redevelopment zones. And Irvine officials say there has not been the waste and corruption in rehabbing military bases that has been seen in redevelopment of some blighted areas.

This is one issue which the Democratic block that has championed the Great Park and a Republican critic of the park’s management are in agreement. Councilmen Larry Agran and Jeffrey Lalloway both have come out in favor of an exception.

Since before the budget bills were signed, Irvine officials have supported statewide efforts to persuade state legislators that closed military installations should be exempt from the bill. Officials insist, however, that even if an exception is not granted for the park, the bulk of the money for further development will be protected.

There is still a chance that without special protection, the park will lose significant revenues unless the city agrees to pay what amounts to a penalty fee for having a redevelopment agency.

Developers use public money — in effect an interest-free loan — to build and repair infrastructure and make cosmetic fixes to the city’s identified project area. Then if everything goes as planned, property values rise, and revenue from the property tax increase, known as tax increment, is used to pay off the debt.

But recent history is littered with examples of redevelopment areas either not living up to their promises or becoming hotbeds of corruption.

Consider the Kaleidoscope shopping center in Mission Viejo. The center was built with redevelopment money during the 1990s at a cost of $55 million. Last year it was sold for $22 million.

In southeastern San Diego earlier this year, top redevelopment agency officials were charged with conspiracy, embezzlement and misappropriation of funds, the culmination of a years-long scandal.

But such problems have not surfaced in redevelopment of military bases, Irvine officials say. The bases are granted an automatic blight status under redevelopment law.

“It’s very distinct,” Ellzey said, referring to Irvine’s redevelopment agency. “It has no relationship whatsoever to other redevelopment areas and any of their trials and tribulations.”

Another difference is the use of eminent domain, the most criticized of redevelopment tools. While local governments often take private properties in a neighborhood via eminent domain, a military base is already public property.

Nonetheless, officials say, very few old military bases would be converted to new uses without the benefit of redevelopment laws.

“Otherwise how does it happen? How can it possibly happen?” Ellzey said. “It’s hugely challenging.”

Park Deputy CEO Cliff Wallace knows firsthand how hard a base conversion can be without a tool like redevelopment.

Wallace is from Anniston, a small city in eastern Alabama. The city’s economy, according to Wallace, practically revolved around Fort McClellan, a huge military base that occupied more than 40,000 acres. The base closed in 1999, the same year Irvine’s air base closed.

The base closure devastated the Anniston economy, Wallace said, and the town is still struggling to recover. There is no tool like redevelopment in Alabama to assist cities struggling with shuttered bases, according to Wallace.

“The downtown pretty much disappeared. … Anniston, there’s not much of it left,” Wallace said.

The eminent domain issue and hardships such as Anniston’s are the reasons both Democrats and Republicans on the Irvine City Council agree on this issue. “It [the park] comes as close to what you could call a pure redevelopment project,” Agran said.

Even a staunch, anti-redevelopment activist says closed military bases deserve special consideration, and he criticizes the state Legislature for not doing so.

“I don’t think we’ve ever said a word about the bases,” said Larry Gilbert, co-chair of Californians United for Redevelopment Education, an anti-redevelopment group.

Despite their arguments and unusual level of agreement, Irvine officials acknowledge that sparing the Great Park from the budget ax has not yet gained much traction in Sacramento.

This probably leaves the Irvine City Council with a tough choice: Either deduct millions in funding from the park plan or dip into the city’s general fund.

The new law directs the state Department of Finance to give cities and counties their payment figures by Aug. 1, which has become judgment day for Irvine’s redevelopment agency.

“It’s a business decision,” said Assistant City Manager Sharon Landers. “And the council would have to know what the cost is to opt in and what impact that would have on the redevelopment area.”