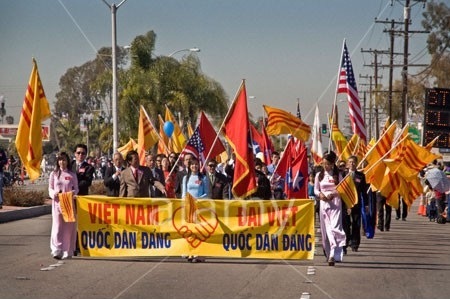 Vietnamese community leaders are scrambling to raise $60,000 over the next two weeks to ensure the annual Lunar New Year Tet Parade can take place on Feb. 10.

In July, Westminster laid off 67 city employees and cut a number of expenses, including community parades, to close a $10.4-million budget deficit caused by the state’s closure of its redevelopment agency. The entire city is in a redevelopment area.

The council voted 5-0 Wednesday night to approve the event permit, provided the organizers can pay the $60,000 required to host the event by Jan. 24 deadline.

But city staff must begin planning immediately in order for the event to be successful, said City Manager Eddie Manfro.

“If for some reason those funds do not come through, there really isn’t a mechanism for cost recovery. That would be lost staff time,” said Manfro. “We’re going to operate on good faith that the applicant is going to come up with the deposit.”

After hearing that the city wouldn’t fund the parade, the Vietnamese American Federation of Southern California and several other organizations joined to gather the manpower and resources to host the event.

“We should be able to raise more than $60,000 for the parade and not need financial support from the city,” said Phat Bui, a member of VAFSC and a former candidate for Garden Grove City Council. “It’s time for the community to relieve the city of that financial burden.”

Although the group has only $10,000 in pledges so far, VAFSC president Neil Nguyen said raising the money “is not a problem,” citing $200,000 the group raised in four weeks for victims of Hurricane Sandy.

Council members were adamant that there’s no money in the budget this year for a parade but expressed confidence that the money would be raised.

“In previous years we’ve paid so much money, and the community was very upset over that, especially when we’ve laid off people,” said Councilwoman Margie Rice, who as mayor opposed taxpayer funds for the event. “But I love the parade, and I hope you come through with it.”

VAFSC made a few other concessions after hearing concerns from local business owners and staff, including moving the date of the event from Feb. 9, the day before Lunar New Year and one of the “biggest shopping days of the year for the Little Saigon area,” according to a staff report.

Assuming the money is raised, organizers still will be racing against the clock. According to city staff, the Tet parade is one of the biggest annual events in Westminster with an estimated 10,000 people expected to attend.

“We’ve never done this parade with this narrow amount of time,” said Diana Dobbert, the city’s community services director . “Last year we had 67 more employees than we do now. So while the city will be no less safe, there are going to be projects that will be put aside to get this done.”