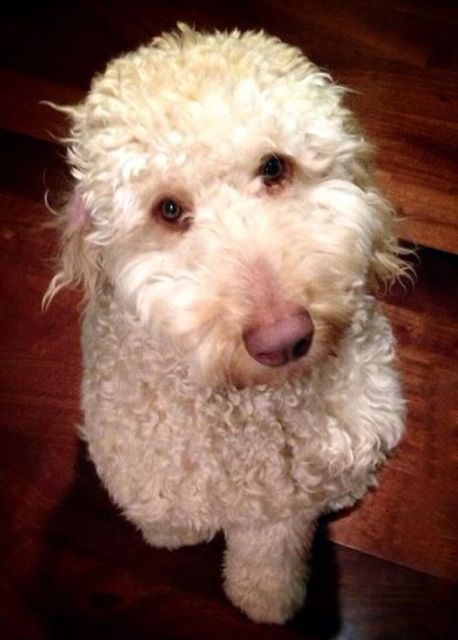 That’s the message to consumers considering adding a pet to their family during this holiday season. The ASPCA, the Humane Society of the United States and Best Friends Animal Society, the largest animal sanctuary in the nation, warn us against buying puppies at pet stores or online. Even the Better Business Bureau cautions us and recommends adopting rather than buying through these sources.

The reason for the warning……………puppy mills!

So what is a puppy mill? Puppy mills are large-scale commercial dog breeding operations which originated in the post-World War II era when farmers looking for an alternative “crop” reacted to a growing demand for puppies. Most are located in rural communities in the Midwest and southern states but sell to consumers online, pet stores and in classified ads.

So why should you be concerned?

Breeding at puppy mills is performed without consideration of genetic quality. This results in generations of dogs with unchecked hereditary defects. Profit is given priority over the well-being of the dogs. To cut costs or due to ignorance or religious beliefs, the animals in these mills may be kept in tiny, unsanitary cages, existing chicken coops and rabbit-like hutches, and receive little to no nourishment, and often receive no veterinary care.

Some female dogs are kept in a cage their entire life and are bred every time they come into heat and then destroyed when they are no longer useful. Genetic problems aren’t the only issues. Lifelong maladies can result along with expensive vet bills.

Buying a puppy online or at a pet store perpetuates these puppy mill operations.

Lover Boy, pictured above and photographed after undergoing tests here, is a Golden Doodle from an alleged puppy mill. Lover Boy was bred in a rural area of Texas. His guardian (the term guardian is preferred over owner because the subject is a living being, not an inanimate object) noticed he began limping. Through x-rays, performed by an Orange County veterinary, the diagnosis was hip dysplasia. In fact the vet stated it was the worst case he had ever seen.

Hip dysplasia is a hereditary developmental disease in which the hip joint fails to develop properly.

The Texas veterinarian certificate of physical inspection states, the puppy was “found free from visible symptoms of infectious contagious and/or communicable disease”. However the date of birth on the certificate does not match the date indicated on the breeder’s website.

The condition of sale states “should the dog be found to have hip dysplasia, within its first two years, the buyer must provide (breeders name) with proof. We reserve the right to confirm the results before a replacement is provided”. Well, isn’t that dandy! After you have spent a fortune on vet bills, put your pet through tests, fallen in love with this little living being and become attached, (which they count on) the breeder states he may provide a replacement! Sounds like they’re referring to a toaster, not a living being!

Experts state an ethical breeder: will x-ray the hips of all potential breeding stock, will use only dogs certified clear of hip dysplasia for breeding and will obtain an OFA (Orthopedic Foundation for Animals) certification of clear hips, or an OFA preliminary x-ray, and will provide a copy of this certificate to a puppy buyer on request.

There are so called state “lemon laws” for breeders in 21 states, but not in Texas. Even so, if the time period has expired, you are on your own.

Further, don’t be lulled into a false sense of security by statements indicating the puppy is AKC registered. AKC (American Kennel Club) registration indicates only that the dog’s parents were registered as one recognized breed. It does not necessarily indicate that the dog comes from healthy or show-quality blood lines, nor is registration necessarily a reflection on the quality of the breeder or how the puppy was raised.

Curiously, the AKC states on it’s website “The motto of the responsible breeder of purebred dogs is breed to improve. Responsible breeders do not breed to make money……………………” So my question then………. why does the AKC sanction large scale commercial breeding operations?

Many kennel clubs have distanced themselves from the AKC because of this issue. In fact, you can view NBC’s National Investigative Correspondent report on the AKC here.

In April 2013, Lover Boy and I, with documentation in hand, met with Orange County Congressman Republican John Campbell’s legislative assistant.

My intention was to share information about Lover Boy and affirm our support for a bill Campbell co-sponsored, H.R. 847, Puppy Uniform Protection and Safety Act. However, the bill opposed by the AKC, has not advanced since February 2013.

And this past August the Missouri Right-to-Farm, Amendment 1 won approval by so small a margin, a recount was made but still confirmed its passage. Now there is concern that due to the vague wording of the amendment, puppy mills may be protected.

Not all is lost. Many cities in the U.S. and Canada, including a few in Orange County, have banned the selling of puppies through pet stores in their cities. (We wish the Orange County Board of Supervisors would ban them in Orange County entirely.) State and Federal Legislation has increased breeder over site across the nation. The process can be slow but it is increasing as animal welfare groups and animal advocates continue their efforts.

But, if even after knowing all this, you feel you must have a purebred pet, it is absolutely essential you visit the facilities/home where the puppies were raised and view the conditions of the puppy’s mom and the facility before you buy.

The HSUS reminds us “a responsible breeder will never sell her dogs through a pet store or in any other way that does not allow her to meet with and thoroughly interview you to ensure that the puppy is a good match for your family and that you will provide a responsible, lifelong home.”

In addition, there are breed specific rescues formed to help purebred dogs and cats in need of new homes. It is also estimated, 25% of animals in shelters are purebred.

Petfinder.com is good source for specific breed rescues as well as mixed breed and……. this Sunday, December 7 will be the largest adoption event in Orange County. It is held twice a year at the Irvine Animal Shelter, 6443 Oak Canyon Road. “Home for the Holidays” will take place 10 a.m.-3 p.m. and feature over 800+ adoptable animals of all types from many, many rescues and shelters.

Finally, too often, the term “animal rights” is used for people who advocate for animals and may bring up thoughts of extremists and radical groups in the minds of some. However, most should not be labeled either of these names because they care about how animals are treated. My 10 year old grandson recently said to me…… “I don’t like to see animals suffer.”

I hardly think this compassionate and intelligent little boy is an extremist or radical.

Rose Tingle is an animal rights advocate, longtime Orange County resident and member of the Voice of OC Community Editorial Board.