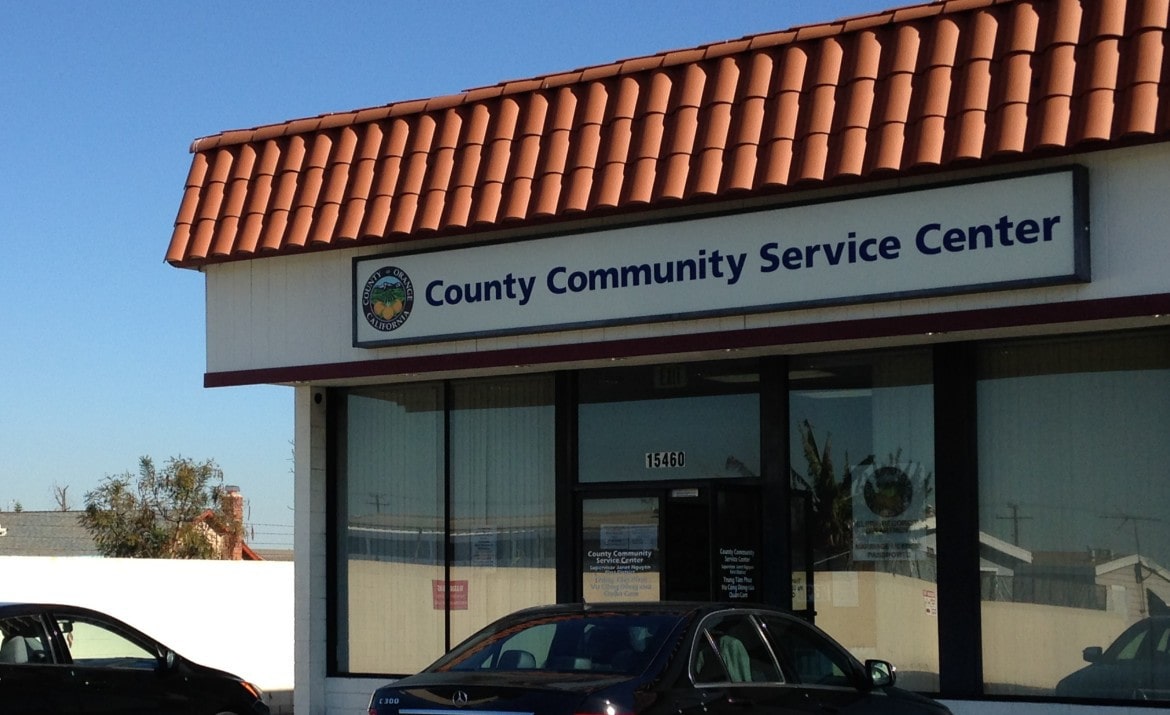 Two county Social Service Agency workers at a Westminster service center were fired Tuesday after being accused of campaigning on behalf of Andrew Do, who is running to become First District Supervisor in a special election scheduled for Jan. 27, Voice of OC has learned.

While county government officials confirmed the firings Wednesday afternoon, they are not releasing the names of the workers or commenting on the firings.

Yet, State Senator Janet Nguyen – who installed Do as her chief of staff months before leaving office as First District Supervisor – flew back to Orange County from Sacramento Tuesday night and blasted county officials for the firings on Vietnamese radio.

Nguyen went on to say that the county was planning to close the Westminster service center, which she worked to establish in 2007. In her push to open the office, Nguyen called it an essential front-line resource for her district’s largely underserved, low-income Vietnamese residents.

Wednesday, County Spokeswoman Jean Pasco disputed any notion that the office would be closed, saying: “The county Community Services Center in Westminster is open for business. There has been no decision to close it.”

Charles H. Manh, an attorney whose family trust owns the center where the 2,000 square foot office is housed, declined comment.

According to several sources, both of the fired workers were installed in their jobs at the Westminster center at the behest of Nguyen. Sources also said county officials have launched an administrative review in the wake of the firings. Some SSA officials reported that the two fired managers often did First District work at the offices and would disregard their SSA supervisors, sources said.

Union officials have confirmed that they are advising workers of their rights.

“We are very concerned about protecting our members rights, particularly in situations that may involve political activity,” said Nick Berardino, general manager of the Orange County Employees Association. “We have encouraged all our members working in this office to seek our representation prior to further questioning and most importantly we have advised them to tell the truth and cooperate as the investigation progresses.”

Sources said the issue could easily trigger a review by District Attorney Tony Rackauckas. But the fact that Rackauckas has endorsed State Senator Lou Correa, who is Do’s main opponent, could complicate any local law enforcement investigation.

Neither Nguyen nor Do immediately returned reporters’ calls for comment. Yet they didn’t pull any punches during the radio broadcasts.

“That they would play like this, it’s a slap in the face to the Vietnamese community…they said, ‘guess what, you don’t have one Vietnamese-American in this office, you don’t have someone willing to report back, we’re going to close [the center] immediately,’” Nguyen said.

“Right now on the Board of Supervisors, because we don’t have a supervisor to stand among the other supervisors, we’ll lose all the work we’ve done for seven years.”

She said the closing of the office during her absence signaled a state of emergency.

“If there’s a time when we have an emergency in our community, this is it,” Nguyen said, speaking a mix of English and Vietnamese. “This was an office that helped a lot of people — our aunts and uncles, our sisters…don’t let us lose seven years of work.”

Nguyen urged voters not to split their vote for other candidates and support Do because of his experience and familiarity with the office.

“Anyone who has yet to send in their ballots….please, we have to stand together. I’m asking you not to split your votes…Even I, as a state senator, can’t help enough, because we don’t have the same presence like we did before,” Nguyen said.

Nguyen said that the county is bent on closing the office and that, if the Vietnamese community doesn’t rally behind a single candidate who can stand up to Correa — a challenge only Do is capable of doing — then, “quite frankly, our center is already closed,” she said.

“In the coming days, you will likely hear more news,” Nguyen said. “We will give you updates on the community service center, as soon as we hear something new.”

The pair of fired workers with the County Social Service Agency were classified as “extra help” employees – a type of employee that Nguyen utilized more than any other supervisor during her term.

The service center – which provides a host of county health and human services to local residents who don’t have to travel to the civic center – has been popular with Social Service agency executives who have found the premise works well.

The office offers Medi-Cal and Medicare service referrals along with those for mental health, pregnancy, flu shots and even marriage license and passport services.

The program was authorized in July 2007 and by the next year county officials had signed a five-year lease, which was recently renewed and extends to 2017. According to staff reports, the cost for running the center has been just a little over $100,000 annually.

There have been about five SSA employees along with the pair of extra help workers connected to Nguyen. In addition, Janet Nguyen’s sister – Diane – has often been seen at the office.