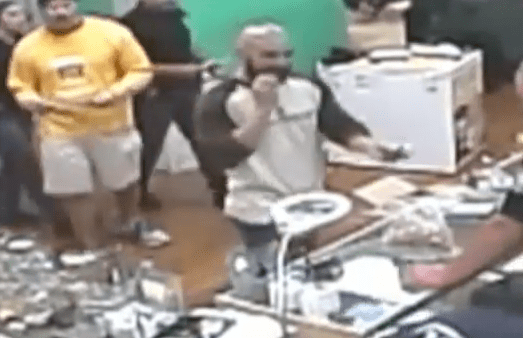 A court hearing to consider a temporary restraining order on a video showing Santa Ana police officers misbehaving during a raid of a marijuana dispensary was continued to next Thursday to give attorneys for the city of Santa Ana more time to respond.

The video in question was recorded during a May raid of Sky High Collective, a medical marijuana store that city officials say was operating illegally.

The request was assigned to Superior Court Judge Ronald Bauer when it was filed Tuesday morning, but Bauer has gone on vacation and won’t be returning until next week.

Judge William Claster, who took up the matter in Bauer’s absence, was skeptical of the officers’ request at a brief hearing Wednesday morning.

Corey Glave, the attorney for the officers, argued that the video should not be used against officers in the investigation because it was recorded without their knowledge or consent.

Although he did not make a decision Wednesday, Claster was not convinced that the video has caused irreparable harm just based on the fact that an investigation has been opened. He said there is a difference between illegally obtained evidence that initiates an investigation, and the use of that evidence in trial.

“What you’re really asking me to do is enjoin an investigation from going forward…when it’s not clear what’s going to come out of it,” Claster said.

Given that the city of Santa Ana received request for the temporary restraining order Tuesday morning, Claster opted to continue the hearing until next Thursday, when Bauer returns from his vacation, to give the city more time to respond.

According to Glave, two rounds of interviews have been completed as part of the investigation into officers’ conduct during the raid.

Correction: Due to a reporting error, an earlier version of this story referred to a “tentative ruling” by Judge Ronald Bauer on the request for a temporary restraining order. Bauer has not issued any ruling and will take up the request for the first time next week.