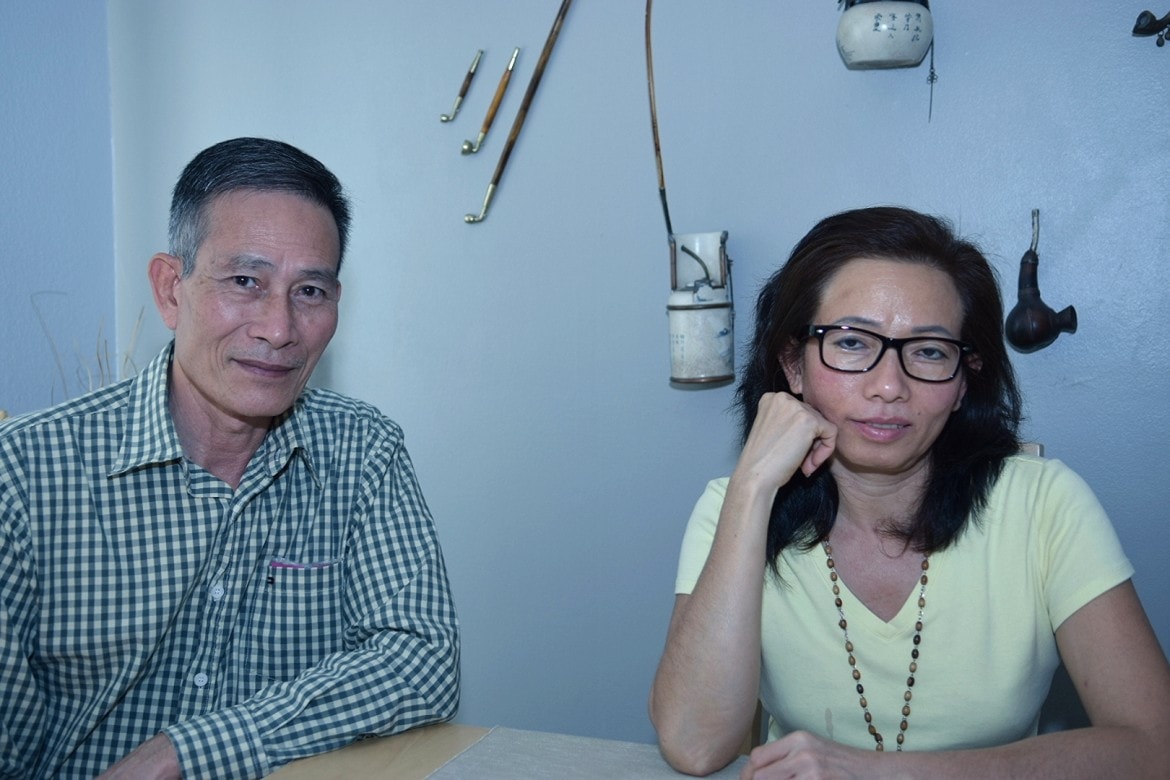 Orange County is now host to two of Vietnam’s leading human rights activists, both of whom were exiled to the U.S. straight from their prison cells. While the Vietnamese government probably believes it has neutralized these activists by shipping them off, both are saying they will adapt their activism to the long distance.

Dieu Cay won widespread recognition when he was one of the first people to report on peasants losing their lands to developers and labor strikes at manufacturing plants in Vietnam, many of them owned or co-owned by the state. He also spearheaded protests against China ahead of the Beijing Olympics torch passing through Vietnam.

He was arrested in 2008 and given a two and a half year sentence of imprisonment on trumped up charges of “tax fraud.” As the prison term ended, he was immediately charged with a new crime, which was “propaganda against the state” and sentenced to another 12 years.

President Obama mentioned Dieu Cay by name in his World Press Freedom Day address in 2012, saying, “we must not forget others like blogger Dieu Cay, whose 2008 arrest coincided with a mass crackdown on citizen journalism in Vietnam.”  It would take over three more years to negotiate Dieu Cay’s release in October 2014, and by World Press Freedom Day 2015, Dieu Cay was seated to Obama’s right hand at the White House for this year’s address.

Fellow blogger Ta Phong Tan was, at one time, herself a part of the communist apparat, a first lieutenant in the country’s police force. However, after publishing blogs critical of the government, she was expelled from the police. Soon, she was reporting on free speech, labor, and land rights violations throughout Vietnam.  For that, she was arrested in 2001, tried jointly with Dieu Cay and two other members of the FJC, and got hit with 10 years. 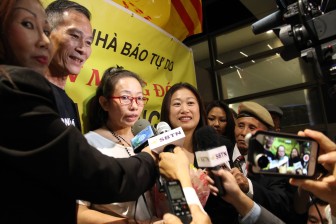 Dieu Cay (2nd left) was among the throng celebrating Ta Phong Tan’s (3rd left) arrival at LAX as she was sent straight from prison to the U.S. (Photo: Uyen Vu)

She told me last week that, in fact, her experience with the police force helped her deal with her captors. “One thing I did was that as soon as I was arrested, I went into a hunger strike,” Tan said.

While Tan was incarcerated, her mother Dang Thi Kim Lieng burned herself in an act of self-immolation in protest. Local government harassed her family, even though Tan hadn’t been home for several years.

Secretary of State John Kerry named her one of 2013 “Women of Courage,” saying that Tan “helped inspire an awakening of citizen bloggers and journalists in Vietnam, who today are committed to spreading information and alternate opinions to the Vietnamese people.”

In August, U.S. Ambassador to the United Nations Samantha Power launched the #FreeThe20 campaign to draw attention to the plight of women political prisoners, including Tan. The campaign drew bilateral support in the U.S. Senate, and by September 20, just five days before Tan’s story was scheduled to be featured on the windows of the U.S. Mission to the U.N., she was released and flown to California.

As Dieu Cay and Tan settle in their new country, contrary to the expectation by Vietnam’s rulers, they have continued their activism.

Dieu Cay has been here for more than a year now, and during that year he has been working with human rights NGO’s such as Amnesty International, the Committee to Protect Journalists, as well as with federal and local officials to call attention to violations by the Vietnamese government. 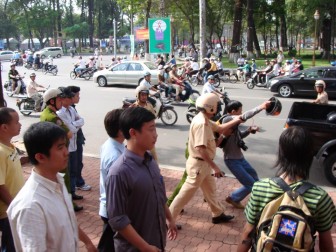 “Even officials at the local level can help us,” he said. “For example, when we raise the alert on human rights violations in Vietnam, local officials can help bring the issues to the attention of federal officials.  What most people don’t realize is that the voice of the U.S. carries a lot of weight in Vietnam.”

He has also restarted the Free Journalist Club, recruiting a dozen like-minded activists. Now that Tan is here, Tan is also rejoining the FJC and has been advocating on Vietnamese-language media as well.

In a conversation last week, both Dieu Cay and Tan indicate their support for Rep. Ed Royce‘s proposed Vietnam Human Rights Sanctions Act. “They should impose sanctions on the individuals who violated the human rights of Vietnamese people,” Dieu Cay said. “The individuals who carry out the oppression must face the consequences.”

In fact, Tan added, “It’s precisely the low level hoodlums that need to be named. Those guys can be scared, and once they hesitate, there’s nothing the higher-ups can do.”

Royce’s bill has gathered cosponsors from both parties but has not been able to make it out of the several committees that have jurisdiction over it, not even the House Foreign Affairs Committee that Royce chairs.

In the meantime, Dieu Cay said, “local governments could pass their own sanctions measures. We could make it hard for those human rights violators to own property locally, for example.”