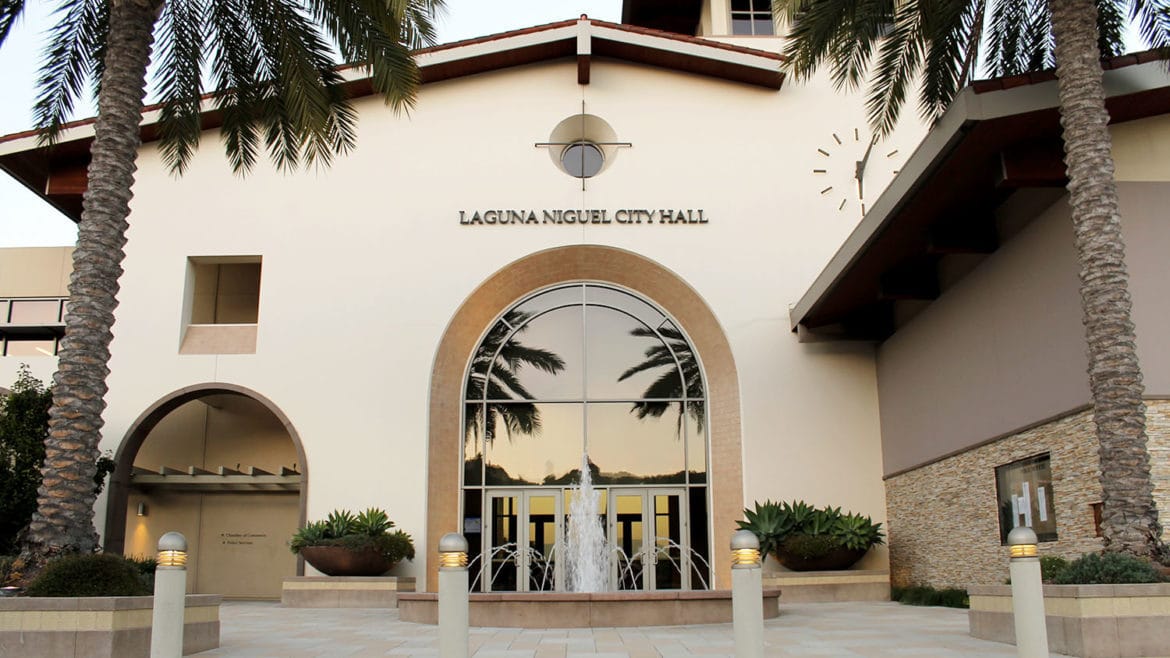 South Orange County had its share of challenges in 2017: a Laguna Niguel Mayor stepping down and eventually resigning from the council after being accused of bullying while he found contract cost overruns, two cities switching to district elections and a wireless firm contracting with various cities while making unclear promises of legal protections and taking a large percentage of revenue.

Former Laguna Niguel Mayor and Councilman Jerry Slusiewicz made waves in the normally sleepy town when he found a $410,000 cost overrun on a tree trimming contract with West Coast Arborists while simultaneously being accused of bullying by former City Manager Rod Foster. The city relies heavily on contracts to carry out its daily operations.

There’s two conflicting accounts of what happened. Slusiewicz said he told Foster he was going to bring the overspent contract to the council before a May 16 meeting as a professional courtesy, which resulted in Foster pulling the contract off the agenda. Foster said, in his July 28 letter to the city, that he pulled the item because Slusiewicz bullied him and his staff when Foster tried to add the contract to the agenda. Foster, along with the assistant city manager, retired in July.

At its July 24 special meeting, the council decided to hire an outside attorney to investigate claims that Slusiewicz used his city office to try to influence a business owner, a local theater and Foster’s claims that Slusiewicz tried to intimidate him over the $410,000 overpayment on the city tree trimming contract.

At the Aug. 1 meeting, Slusiewicz called on his council colleagues to send the tree trimming contract to the District Attorney for review, but failed to gain any traction with others on the council.

Meanwhile, the investigation into Slusiewicz’ alleged bullying continued and the city, for the first time since its incorporation in 1989, had to figure out how to remove a mayor.

Slusiewicz disputed all the claims against him.

Minutes before the City Council was going to decide Aug. 14 on removing the largely ceremonial title of Mayor from Slusiewicz, he abruptly resigned, but remained on the council. Mayor Pro Tem Fred Minagar took over as Mayor until December, when Councilwoman Elaine Gennawey was appointed to the position.

“A few moments ago I resigned as mayor because I could not in good conscience preside over a phony proceeding convened in the name of Laguna Niguel taxpayers,” Slusiewicz said, reading from a prepared statement in the parking lot of the city hall after announcing his resignation from the dais.

As the fall season began rolling in, so did more maintenance contract cost overruns. The City Council was presented with an audit report Sept. 5 from the Pun Group that, along with the $410,000 tree trimming contract, found problems with the city’s internal controls in the 21 contracts the auditor looked at.

After the auditor recommended an expanded contract audit and even though Slusiewicz stepped down as mayor, the investigation into his alleged bullying continued.

Interim Assistant City Manager Debbie Bell said the city has an obligation under Title VII of the U.S. Civil Rights Act to investigate the claims against Slusiewicz, or the city could be open to liabilities. The council authorized a $39,000 maximum contract with the Sacramento employment law firm that will handle the investigation, Ellis Buehler Makus LLP.

“Our former city manager — to my knowledge — is a white male of Catholic faith that was born in the United States, which is hardly a test case for the Civil Rights Act,” Slusiewicz, who is white, said during the Sept. 5 council meeting.

At the Sept. 19 meeting, the council voted to approve $2.1 million for 18 contracts that ran over their original approved amounts. Additionally, the council directed its Investment Banking Audit Committee to start reviewing the contracts and spending.

After being presented with numerous contract overages over the months, the council resisted calls for an outside audit into the rest of its contracts Oct. 3, while some council members said they had confidence in city staff and the banking committee to handle the contracts.

A few months later, after finding a possible bullet hole in his office window the day before, Slusiewicz resigned from the council. Although no bullet was found, Chief of Police Services Matthew Barr said Dec. 5 it was too early to tell what type of projectile it was.

The resignation put an early end to Slusiewicz’ second term on the council after he was reelected in 2016. Slusiewicz told Voice of OC he sent all the contract overage findings to the District Attorney’s office Nov. 7.

DA investigators still are reviewing what Slusiewicz sent over as of Jan. 3. Meanwhile, former Mayor Linda Lindholm has been appointed to serve on the council until November, when the city will hold an election for the seat.

5 Bars Communities, an Irvine-based wireless consulting firm, made its rounds in the county, scoring contracts with Irvine, Lake Forest and Placentia after claiming it could protect the cities from state Senate Bill 649, a proposed law that would’ve taken away local control of wireless infrastructure that’s installed on street lights, street poles, various public buildings except firehouses and regulated the rates cities could charge.

Gov. Jerry Brown vetoed the bill Oct. 15, but many expect it to come back.

Yet some employees from different cities said 5 Bars wasn’t offering anything staff couldn’t handle in-house. They also didn’t believe the firm could’ve protected cities from the bill if it became law.

The United States Senate passed a similar bill in August that would give wireless companies nearly hassle-free access to public property without local discretion. Senators John Thune (R-South Dakota) and Brian Schatz (D-Hawaii) spearheaded the efforts and the bill has been sitting in the House since August.

The Irvine City Council cancelled its original bid and staff recommendation of a different group and picked 5 Bars, even though the firm was ranked sixth out of eight firms.

Because of the pending state Senate bill, Mayor Pro Tem Christina Shea said they needed to act quickly to retain control and revenue. The bill was introduced by Sen. Ben Hueso (D-San Diego) in February and sponsored by the national lobbyist group Cellular Telecommunications and Internet Association (CTIA). 5Bars is a member of the association, but the firm recommended by the Irvine staff is not. The CTIA was a major sponsor of the Hueso bill and the lobbyist giant also backs the Federal legislation.

Additionally, former GOP state Senator Dick Ackerman unsuccessfully tried to lobby Mission Viejo for 5 Bars and told the City Council Sept. 12 the firm could protect the city from the impending legislation a month before Brown vetoed it.

“The bill would not take effect until Jan. 1, but our legal team basically says if you don’t have some contractual obligation before the Governor signs it, that … you’re probably going to lose,” Ackerman said. “The reason why this will give you some protection before is basically contract clause. If cities have some preexisting … contract before the law goes into effect, you got a chance of coming under the old law.”

While Mission Viejo is confident their staff can handle the wireless upgrades and didn’t contract with 5 Bars or any other consulting firm, Lake Forest was the latest OC city to sign with the firm and the city has been grappling with how to best implement the upgrades.

Starting in 2018, Lake Forest City Council members will be elected through district elections, replacing its at-large election system, because prominent voting rights attorney Kevin Shenkman sent a demand letter to the city that alleged the at-large system prevented minorities from getting elected.

Shenkman, of the Malibu-based firm Shenkman & Hughes, sent a letter in April that warned the city’s at-large system disenfranchises Hispanic voters and isn’t in compliance with the California Voting Rights Act.

According to 2017 demographics data on the city’s website, the Lake Forest population is nearly 84,000, and 66 percent white, 28 percent Hispanic, 15 percent Asian and 2 percent black. No Hispanics or Asians serve on the city council.

While there was some pushback from council members on the switch to district elections, there were many disagreements on which map would best represent residents for the upcoming 2018 elections.

Despite arguments over keeping communities together, breaking them apart completely, reducing the population deviations between districts and what defines communities of interest, council members voted 3-2 Nov. 21 for the map that attempts to keep communities and neighborhoods together while creating a near-majority district for Latino residents near the 5 freeway.

“The firm of Shenkman & Hughes is famous or infamous, depending on your viewpoint. They’ve brought dozens of suits or challenges … to cities across the state under the California Voting Rights Act,” Mission Viejo City Attorney Bill Curley said.

Since then, the Council voted to spend up to $100,000 to investigate Shenkman’s claims of racially polarized voting and the third, out of five required public hearings on district elections will be held Jan. 9.