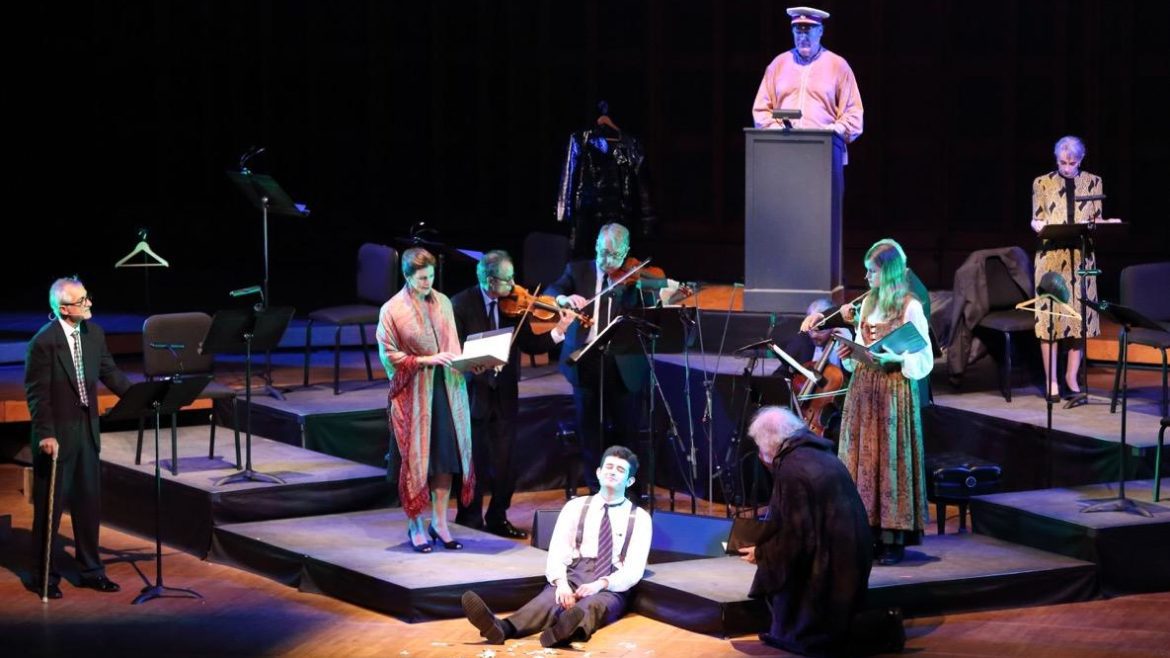 The Emerson String Quartet performs works by Shostakovich with a company of actors in a piece titled “Shostakovich and the Black Monk: A Russian Fantasy.”

The Emerson String Quartet, regular visitors here for many years, was back again Tuesday night to close out the season for the Segerstrom Center’s chamber music series. The program was unusual, and unusually ambitious, and a good crowd turned out at Samueli Theater to see it and hear it. The show was called “Shostakovich and the Black Monk: A Russian Fantasy” and it was a whole thing, with a script and actors and costumes and, of course, music by Shostakovich himself.

This play-within-a-concert — or perhaps it’s vice versa — is the brainchild of Emerson violinist Philip Setzer and writer/director James Glossman. The word “fantasy” in the title is used advisedly, as the script basically combines facts and themes from Shostakovich’s life with a Chekov short story called “The Black Monk,” which resonates interestingly with the composer’s story.

Stalin is a character in the play, of course, and not only does he berate and befuddle Shostakovich, but he also dons a costume and becomes a character (the father-in-law) in the retelling of “The Black Monk.” There is a young Shostakovich (who becomes the protagonist in the Chekov story) and a mature Shostakovich, and they speak to each other across the chasm of time. There are seven actors in all, six of whom play multiple roles. Only the actor portraying the mature Shostakovich plays one, and he spends most of the evening standing at a lectern, overseeing the proceedings.

There’s a further connection between Shostakovich and “The Black Monk,” too. It seems the composer knew and loved the story and wanted for many years to turn it into an opera, unfinished at his death. In Chekov’s “The Black Monk,” there is a reference to a real musical piece known as the “Angel’s Serenade” by Italian composer Gaetano Braga, and Shostakovich made an arrangement of it, intended for his opera. The creators of our play Tuesday see a further connection between the story and Shostakovich’s String Quartet No. 14 — the main, though not only, musical component of the evening — that being a section the composer referred to as his “Italian bit,” a serenade-like ditty that might have been a reference to the Braga.

Got that? Never mind. What emerged on stage could be hard to follow, too, a mishmash of voices, music, photos and film (there was a screen above the stage). The actors not only acted their parts, but narrated the story. They’d take turns narrating, speaking a phrase, then someone else would take another turn, then all of a sudden all of them would say the same phrase. A fast pace was the rule of the day. 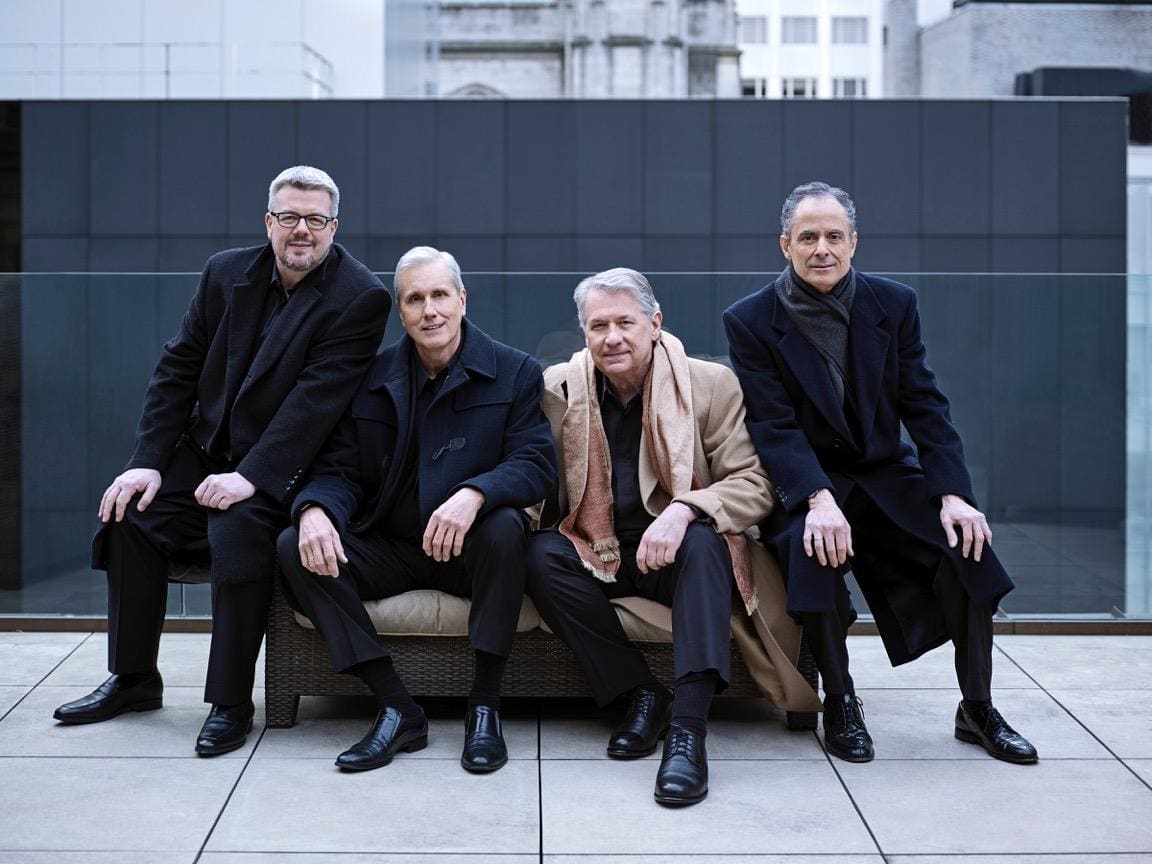 The Emersons played the first movement of the 14th as a kind of overture, then the actors rushed onstage yelling “Muddle Not Music!” over and over. We were in familiar territory here, at least for those who have traveled the well worn road of Shostakovich’s life story. Soon Stalin is reading aloud the Pravda review (perhaps written by Stalin himself) condemning Shostakovich’s opera “Lady Macbeth of the Mtsensk District,” as the composer stands nearby, interacting with him. It goes on from there.

Not without problems. First, the actors were reading from scripts, an impediment for the viewer to connect with the characters. Also, the fast delivery, fast trade offs and back and forths, from every which way, across time, from Shostakovich’s life to Chekov’s story, became exhausting, and at times hectoring. It was as if the creators didn’t quite trust their material.

What’s more, it turns out that Shostakovich’s string quartets (there were also excerpts from the Eighth Quartet and others) turned out to be very poor accompaniment for dialogue of any kind. They are too interesting in and of themselves, and meant to stand on their own. They certainly distracted this listener, whose ears were drawn to them, and then missed whole sections of dialogue. The screen — I ended up mostly ignoring it entirely.

The quartet is back next season. One hopes that next year, the musicians will just play a concert.

Timothy Mangan is a contributing writer for Arts & Culture at Voice of OC. He can be reached at timothymangan5@gmail.com.