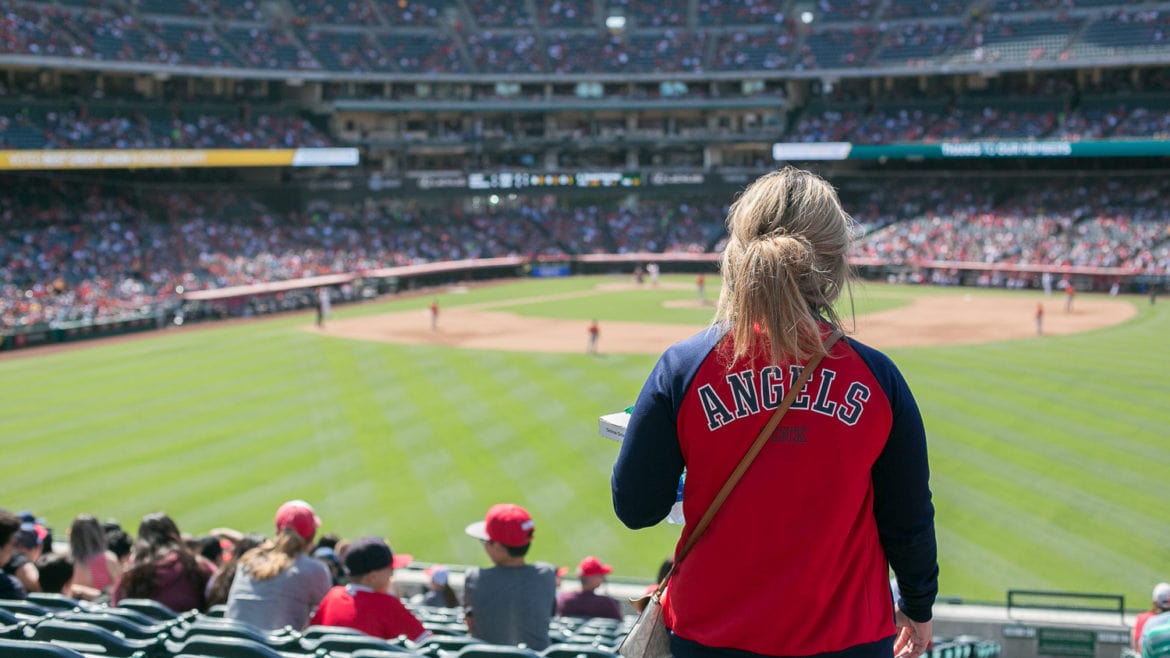 The two parties officially met for the first time Nov. 15, despite Mayor Harry Sidhu leading the City Council majority to reinstate the stadium lease earlier this year in January to purportedly buy more time to negotiate a new stadium deal.

“For us to get a proposal at the eleventh hour, I’m distressed the Council might panic … the city is reacting to the Angels’ proposal.” Councilman Jose Moreno told reporters after Tuesday’s meeting.

Sidhu, who rarely engages with the local press corps, is part of the negotiating team and Moreno questions who he’s working for.

“It’s pretty clear to me that the mayor is as interested in negotiating for the Angels as he is for the city,” Moreno said.

“I have to say this is one of the weirdest negotiations I’ve ever seen. Where everybody seems to be approaching it like there’s not hundreds of millions of dollars at stake,” said deMause in a Wednesday phone interview.

Noll has written books and articles on the about the dangers of taxpayers subsidizing sports stadiums.

“I think the really interesting thing is why it took so long to get this thing started. It’s ridiculous it has taken this long,” Noll told Voice of OC. “There’s something going on that we’re not seeing. Because I don’t believe it’s possible that they’ve exchanged no information and no negotiations happening throughout the year.”

“I remain distressed,” Moreno said, referring to the deadline.

In contrast to how the negotiations were presented as a pressing matter in January, Moreno said city officials aren’t too worried about the looming deadline.

“I keep hearing that’s not a pressure point for the city,” he said.

Moreno also is skeptical the final deal will be thoroughly vetted by negotiating team and councilmembers before the new year.

“The question is, will the discussions be far enough along?” he said.

The city’s full negotiating team met with itself twice before heading into the first round of negotiations Nov. 15 and met without Sidhu and other city support staff four times, according to a city spokesman.

The City Council voted for Sidhu’s proposal to reinstate the stadium lease to buy more time for negotiations, after the ballclub decided to opt out of the lease in October 2018. The move, which was verbally characterized as a temporary lease extension at the January meeting, extended the Angel’s lease exit window until Dec. 31 this year. If the team doesn’t opt out by then, it stays at the stadium until 2029.

And an exact wishlist of what the city would like to see — the negotiation framework — hasn’t been publicly discussed or voted on by Councilmembers. Sidhu and Moreno agreed the team should pay fair market-value for rent or a land sale at an August Council meeting, but nothing concrete was voted on. Some Councilmembers also said they were against any taxpayer subsidies during that meeting.

In comparison, the previous City Council voted for the negotiating framework for the Honda Center Oct. 23 last year and ultimately approved the arena deal Nov. 20.That framework included bullet points on what the city wanted to get from the new deal, like lowering the revenue-sharing threshold and offloading ARTIC’s $2 million annual operating loss on the Anaheim Ducks.

Sidhu did not give any specifics about the progress of negotiations at Tuesday’s meeting.

“The talks were productive and encouraging,” said Sidhu in a Nov. 15 news release. “Both sides have spent much of 2019 preparing to sit down together, and that showed at this meeting. While we still have work ahead of us, this meeting was positive for baseball in Anaheim and for our residents.”

But it shouldn’t have taken nearly a year to prepare to sit down and talk, Noll said.

“Assembling the team is not the thing that takes a year. The actual negotiation — everybody deciding what they want and what the constraints are — does,” Noll said.

Meanwhile, the City Council has yet to release the Angel Stadium appraisal and declined to promise taxpayers a 30-day public review period before a final vote on the upcoming stadium deal when Sidhu shelved the proposals Oct. 29, with backing from the Council majority.

Moreno has publicly said the difference between the appraised value of having the stadium land leased to the Angels or not is hundreds of millions of dollars.

And Moreno can’t bring back any of the stadium proposals for at least six months because of the newly-adopted agenda setting rules, first proposed by Councilman Trevor O’Neil after the majority shelved all of Moreno’s proposals.

The Council also decided to keep the public out of the loop when it nixed the monthly negotiations update from the city manager in March, at O’Neils request.

“Of course this is the problem with negotiations happening in secret outside of the public eye. It’s that the Angels have access to the City Council and are able to talk to them about what they want. But there’s no way for the public to have any input or knowledge of what’s being negotiated because they’re kept out of the loop,” deMause said. “The way democracy is supposed to work is you know what’s being proposed.”

“But if everything’s in secret, there’s no real way to hold anyone accountable,” he said.

The Angels are currently looking to develop the land around the stadium, Moreno said, but couldn’t offer specifics since it was a closed session discussion.

“The city is reacting to what the Angels are proposing,” but the city doesn’t have a solid negotiating framework to respond with, Moreno said.

Under the current lease, the team doesn’t pay rent because the $87 million it paid for stadium upgrades in the late 1990s is considered prepaid rent. The city also chipped in $30 million for stadium renovations.

Although Anaheim makes no direct revenue on concessions, advertising, merchandise or naming rights, it does get money on tickets after the Angels sell at least 2.6 million tickets in a year. After that, the city gets $2 a ticket.

But Anaheim also has to put money back into the stadium for maintenance and to pay down bonds from an unused convention hall from the 1980s, years before the current 1996 lease was signed.

From 2010 to 2018, the city spent $9.9 million on the stadium and made $11.5 million from tickets and other event revenues for a net revenue of $1.6 million, according to numbers provided by the city.

Meanwhile, Forbes estimates the Angels are worth nearly $2 billion and make $101 million a year from the stadium. The team’s net profit — after factoring in player and employee salaries and operating expenses — is estimated at $19 million a year.

Sales tax generated by the Big A and the nearby area known as the Platinum Triangle is often pointed to by Anaheim officials as stadium-driven revenue. The area contains Angel Stadium, the Honda Center and some businesses like breweries, restaurants and some construction supply stores.

The 820-acre Platinum Triangle generated $5.1 million in sales tax in 2018 and is projected to produce $5.2 million this year. That number is up from the $3.5 million generated in 2010, according to a city document on its website.

In comparison, Downtown Fullerton, which is a fraction of the size of the Platinum Triangle at roughly 65 acres, generates a little over $2.1 million in sales tax annually, according to City Manager Ken Domer.

And the 74-acre Outlets at Orange generated $3.1 million for Orange, according to city spokesman Paul Sitkoff.

“It’s troubling to me that we waited for the first pitch,” Moreno said. “The Angels are in control of what’s going to get offered