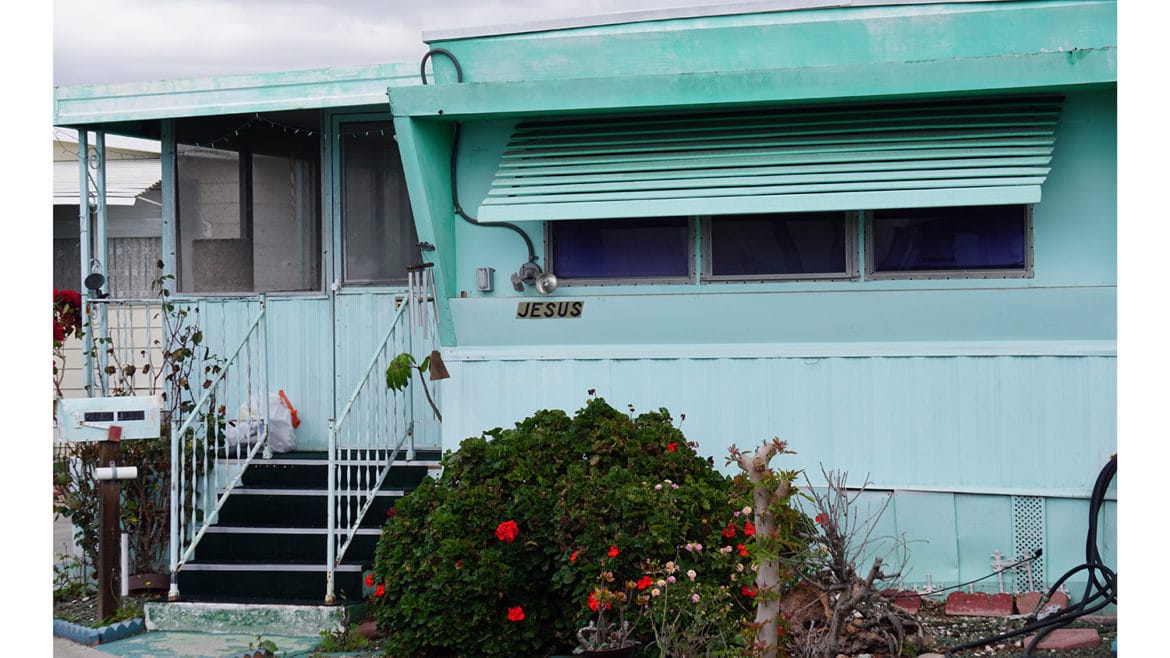 A mobile home at Green Lantern Village in Westminster.

Westminster city officials, who represent many residents who are renters, could soon join other cities enacting measures to halt evictions as a local coronavirus public health emergency puts people out of work and impacts their ability to pay landlords.

City officials have called a special meeting for today, where City Council members will call in remotely — abiding by health separation guidelines — to decide whether to grant eviction protections to nearly 16,000 renter households in the city through an emergency ordinance that could take effect immediately.

Renters outnumber homeowners in the city by more than 6,000 households, according to a December, 2019 city staff report.

Many residents are living in in mobile homes, apartments, and secondary units like garages and porches.

“We know that rent and housing affordability has been a huge issue in Little Saigon for a long time, especially for these communities,” said Tracy La, co-founder of the Vietnamese American immigrant advocacy group VietRISE. “These issues are being exacerbated by COVID-19 (coronavirus), but they’ve been around for a long time now.”

La pointed to a history of rent control taking center stage — and failing to pass — in Westminster politics.

In August last year, council members were reluctant to do anything more than receive and file dozens of public requests to bring up a rent control ordinance for a council vote, after advocates for mobile home residents made their pleas and detailed hardships under rising rents. 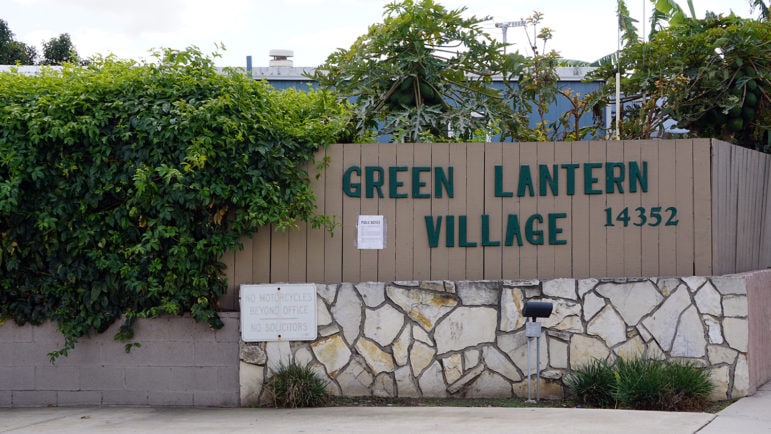 The entrance to Green Lantern Village off of Beach Boulevard in Westminster.

Council members like Kimberly Ho at the time stated her preference for rental assistance over rent control, while Councilman Sergio Contreras pointed to the Driftwood Mobile Home park as an example of the city instead negotiating with property owners. In Driftwood’s case, city officials talked down the property owner’s initial plans to raise rents by as much as 40%.

But in a Thursday phone interview Contreras — citing the public health emergency — called it a “unique time” and said he doesn’t “see how anyone would be against” what’s on the table today.

“I think everyone’s really concerned,” he said. “It’s now or never. If we can’t protect our residents when they need it the most, then what’s our role?”

“There are a lot of people who are going to be hurting, a lot people out of work. We’re a working-class community … people need us to step up,” he added. “I don’t know why anyone would vote against that right now. This is only the beginning of it.”

The possible ordinance would come as a growing number of cities across Orange County have adopted temporary bans on evictions due to the economic fallout of the state’s stay at home order — which shut down large swaths of the economy — to curb the spread of the novel coronavirus.

The first city to do so was Santa Ana, then followed by Anaheim and Costa Mesa. Cities like Irvine and Garden Grove took less concrete action.

Instead of forcing landlords to comply through an ordinance, Irvine adopted a resolution urging landlords to voluntarily halt evictions during the state-mandated stay home order to combat the pandemic.

Nearly half of the city’s low and moderate-income renters face severe burdens, with 4,175 households spending more than 50% of income on rent, according to staff.

The second issue is that 20% of the city’s renter households are overcrowded, and it gets marginally worse for renters considered low and moderate income, according to the report. That’s compounded by an affordable housing crisis in the city, where officials have noted decreases in funding available through Section 8 and other federal assistance programs.

“A lot of our residents work in public sector jobs, in hospitality and restaurants. Businesses like hotels are pretty much vacant,” Contreras said. “I think it’s time for all of us to step up.”

What the council decides Friday could have implications for the way city officials approach renters’ issues in the long run, La said.

“The Westminster City Council has always had the power to protect residents in its city,” La said, adding that all it takes is their “political will” to ensure that the ordinance continues “beyond this current crisis to truly protect its residents, like renters and mobile home residents, for years to come.”