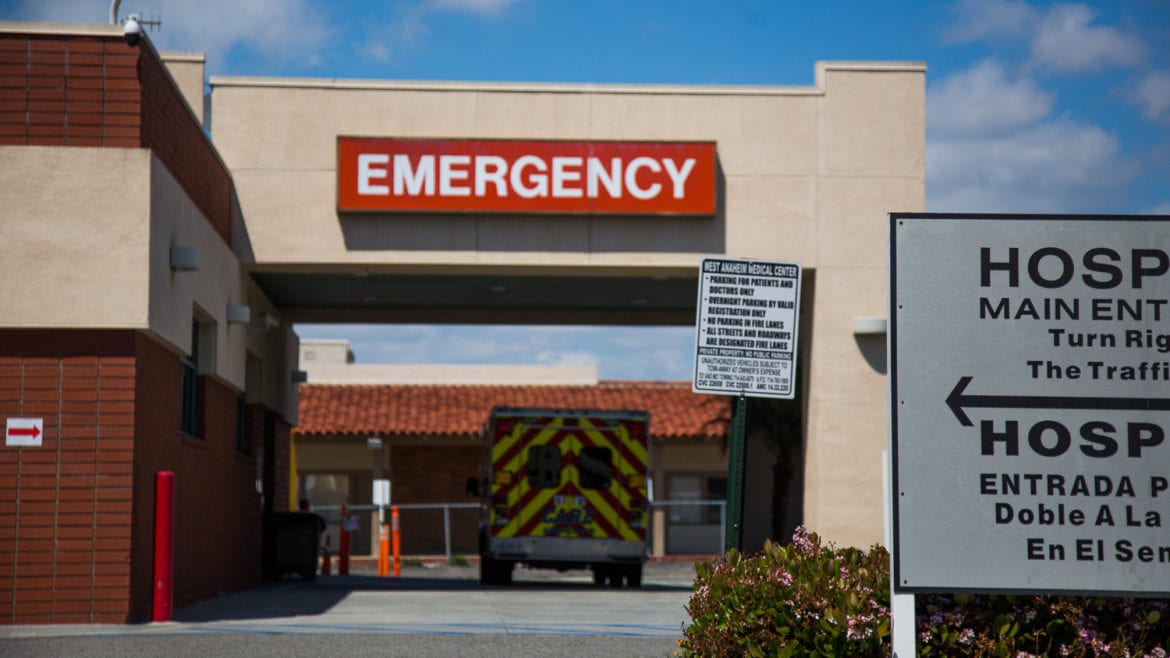 Efforts to lay off ambulance crews elsewhere in California amid a drop in transports have prompted Orange County officials to highlight statewide concerns about whether ambulance companies will be prepared if there’s a surge in COVID-19 patients.

OC health care agency officials, in a written update last week, pointed out that some ambulance firms statewide were “laying off employees to cut cost commensurate with lost revenue,” prompting “concerns that ambulance services may not be prepared when patient surge occurs.”

Local ambulance leaders say the situation is different in Orange County, with no known layoffs, while they say firms continue to honor their agreements to keep ambulances staffed and ready for 9-1-1 calls.

“Everybody that has an obligation [in Orang County] to staff for 9-1-1, I know there’s been no reductions,” said Chad Druten, president of the Ambulance Association of Orange County and the chief operating officer of Emergency Ambulance Service.

“We have these responsibilities contractually for how many ambulances we staff. Those ambulances are there and the public can be assured of that.”

County officials said they hadn’t heard of ambulance layoffs in OC, while they continue to keep an eye the situation.

“Transport call volumes have trended downwards but we have not received any reports of staffing changes,” said Tammi McConnell, Orange County’s emergency medical services administrator, in an emailed response to questions Monday.

“We are monitoring the situation and are prepared to respond should anything change.”

About 122 people in Orange County were reported to be hospitalized for COVID-19 as of Monday, 62 of whom were intensive care.

Health officials said they’re cautiously optimistic by an apparent stabilizing of the number of people hospitalized for COVID-19, but that the cases likely would rise again if social distancing measures were relaxed too quickly.

The ambulance concerns were triggered by a warning last week from the statewide association of ambulance companies that ambulances “may not be ready for a surge of COVID-19 patients,” as firms consider laying off paramedics in response to falling revenues from fewer medical transports to hospitals and between them.

In its letter to state officials, the California Ambulance Association said the industry was seeing its revenues drop amid a major decline in medical transports – estimated at about 25 percent – due to stay-at-home orders and fears of COVID-19.

“This transport volume reduction has caused financial stress to most ambulance providers. In some cases, ambulance providers are exploring laying off employees to cut cost commensurate with the lost revenue,” the association wrote.

“As a result, emergency and non-emergency ambulance services may not be ready for a surge of COVID-19 patients,” it added. The association asked the state to support using Federal Emergency Management Agency money to fund regional teams of private ambulance providers for emergency medical response.

The concerns come as cities like Placentia consider shifting much of their emergency medical response from public agencies like the Orange County Fire Authority to private ambulance companies.

On Monday, the president of Orange County’s ambulance association said he also wasn’t aware of any staffing cuts at 9-1-1 ambulance providers, which includes his company.

“We haven’t seen any reduction in our workforce,” said Druten, the ambulance association president, referring to the largest 9-1-1 ambulance transport firms in OC.

Like ambulance companies across the state, he said his company has seen a “substantial reduction” in hospital transports, as fewer residents go to work and school and aren’t getting injured as often on roads.

Orange County ambulances are getting called for emergencies like chest pain or people who’ve tripped and fallen, as well as suspected COVID-19 cases, Druten said.

At the direction of fire departments, many people with less severe COVID symptoms are not being transported to the hospital and are being told to stay at home or contact physicians, he added.

Druten said the Orange County association was not part of the statewide association’s letter about layoffs.

“It is a very interesting time in my career. It’s unprecedented. We’ve never expected anything like this. I feel confident that we’re pretty well prepared for it,” he said.

The drop in people calling 9-1-1 for medical emergencies was highlighted in a Monday afternoon news update from county emergency officials.

“I want to assure Orange County residents that our hospitals are fully operational and that it is safe to seek emergency medical care for themselves and their loved ones,” said Dr. Nichole Quick, the county health officer, in Monday’s news release.

She supported a statement from a senior doctor at Hoag hospital that emergency rooms are among the safest places people can be.

“We have seen instances of patients delaying needed care for life threatening issues…for fear of COVID-19 contamination in the crowded emergency rooms,” said the statement from Dr. Michael Brant-Zawadzki.

“The current reality is that, despite dire warnings, our emergency rooms are exceptionally orderly and possibly the safest places one can venture, particularly when emergency care is required.”

In Northern California, the private ambulance provider for one of the state’s largest counties – Alameda – told its hundreds of employees that they may be furloughed due to reduced revenue during the coronavirus epidemic.

All these issues are playing out as the City of Placentia moves to change its emergency medical response model from public agency paramedics to private ambulance paramedics.

The union representing Fire Authority paramedics and firefighters has been protesting Placentia’s move, and said Monday that the federal emergency funds should not go to private ambulance companies, as requested by their statewide association.

“The Orange County Professional Firefighters Association and our members have all taken an oath to protect the public trust and not an individual company’s profits,” said Tim Steging, the union’s president, in a statement.

“To that end, we believe that government funding should be prioritized to go toward protecting the most vulnerable of our citizenry first, and not casually diverted toward protecting the profits of single role, private sector companies who, in some cases, have actually displaced publicly sworn emergency responders.”

The statewide ambulance association says federal funding for ambulance companies would be help keep emergency services going, pointing to what they said was an existing program along these lines in the San Francisco Bay Area.

“If the state were to move forward in offering this partnership to the state’s trusted private ambulance providers, there is potential that millions of additional dollars of Federal funding could be brought into California AT NO COST to the state,” the California Ambulance Association wrote in its letter to the state.

“These funds would be used to sustain emergency services during these challenging times, including the potential for expanded missions of patient triage, transport to alternative destinations, and perhaps even treatment-in-place should regulations continue to evolve.”