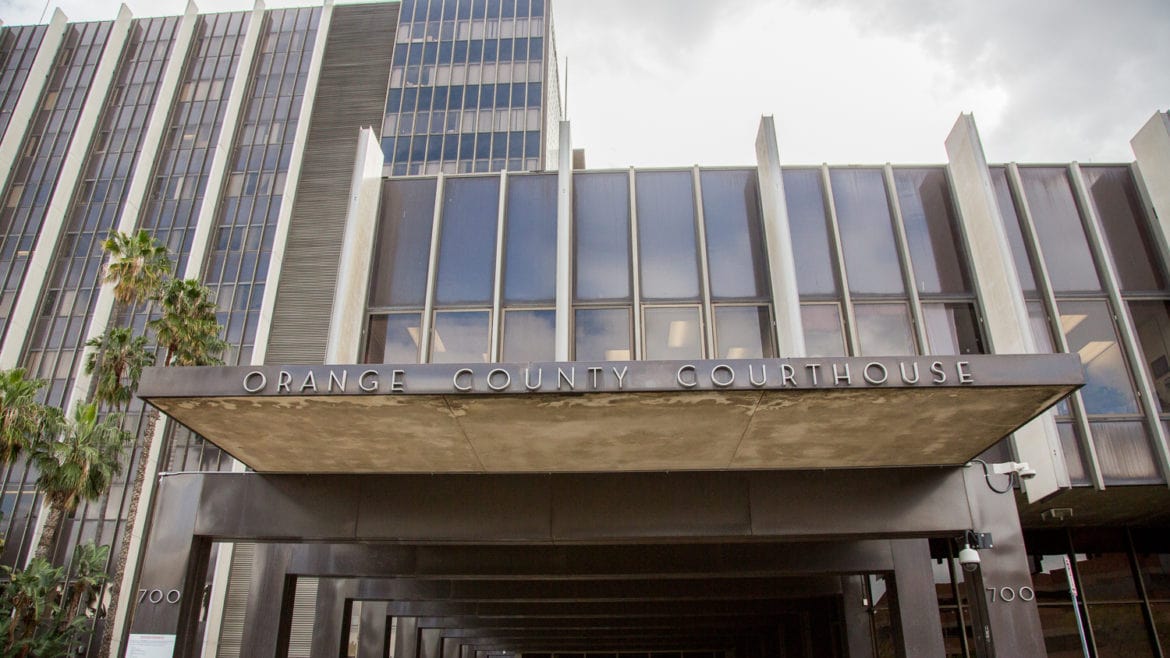 A legal battle over whether Orange County prosecutors improperly tried to drop rape charges took a new turn Friday, with a defense attorney accusing the judge of bias for allegedly meeting in private with an attorney for the alleged victims.

Last week, OC Superior Court Judge Gregory W. Jones strongly rejected the DA’s effort to drop the rape charges against Newport Beach doctor Grant Robicheaux and Cerissa Riley. He was set to hold a hearing Friday on whether to transfer the prosecution to the state attorney general, which prosecutors did not object to.

But just before the hearing was set to start, Robicheaux’s attorney officially requested to transfer the case to a different judge, citing alleged bias by Jones.

The allegations center on an alleged meeting the judge had in his chambers in February with Matt Murphy, a former homicide prosecutor who represented victims in the Robicheaux case, who did not want the case dropped.

Later that day, Murphy told prosecutors that he had told the judge he was withdrawing as attorney for one of the alleged victims, and that the judge “essentially implored” him “to be present in Court the following day for the Motion to Dismiss hearing,” according to the filing by Robicheaux’s attorney, Philip Cohen.

“There should have been no ex parte communication with this Court and an attorney who had appeared (or was in any way involved in) this litigation,” Cohen added.

This ex parte communication, in and of itself, at that time or any other – both IS improper and APPEARS improper.”

At Friday’s hearing, Jones paused for several minutes to read it, and then returned to the bench to say he would need time to file sworn statements in response to the allegations.

The judge then postponed the hearing by a week, to Friday, June 12, and invited anyone else to file statements.

“The court followed the letter of the law, did not do anything improper, and we will be filing a declaration in support of that. And we look forward to airing out their accusations,” Murphy told Voice of OC on Friday.

“The district attorney, Todd Spitzer, has treated these women horribly. They have constitutional rights that have been violated by the district attorney. We brought a motion to disqualify him from the case, and today’s motion is a desperate attempt to forestall that process.”

In response, the DA’s spokeswoman said prosecutors unanimously believed the case could not move forward because the evidence wasn’t sufficient.

“Today’s motion was brought by the defense and will be litigated in a court of law. The Orange County District Attorney’s Office asked for the state Attorney General to take over this case in September 2019, and we renewed that request today based on our unanimous conclusion that there was insufficient evidence for our office to legally proceed with prosecuting this case,” said DA spokeswoman Kimberly Edds.

“It is undisputed that the men and women of the Orange County District Attorney’s Office are ardent supporters of crime victims and their rights, and that District Attorney Spitzer is one of the nation’s leading crime victims advocates. The very fact that Mr. Murphy is involved in this case at all is as a result of Marsy’s Law, which District Attorney Spitzer co-authored and served as the statewide campaign chair to ensure the rights of victims are protected and their voices are heard. The review of this case has been conducted fairly, ethically, and in accordance with the law.”

The case, filed in 2018 under previous DA Tony Rackauckas, alleged a host of felony crimes by Robicheaux and Riley, including kidnapping and sexually assaulting seven women.

At the time, Spitzer was running against Rackauckas and criticized the then-DA as timing the charges to help his election campaign by waiting months to file them just before the November 2018 election. Then, about a year after being sworn in as DA, Spitzer announced this February that the evidence was problematic and that he would seek to have the charges dropped.