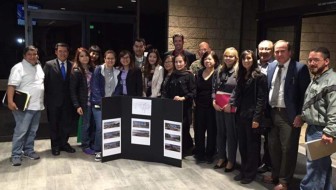 Garden Grove residents who spoke in support of submission #1

As a longtime Garden Grove resident, I was excited when I heard my hometown was switching to district elections. Having grown up on the eastside of Garden Grove, I witnessed firsthand what a lack in representation can cause. As such, I could not wait to get involved, give input and make a difference in the city I call home. Little did I know that when I submitted my map I would become the center of so much controversy.

As March was fast approaching I took a look at the maps created by the hired demographer, David Ely, but to my surprise I did not see one that I believed to accurately represent the city.

Although not a professional myself, I decided to take a stab at it. After a few days of being knee deep in data and finally getting some lines on a map I sought out input from people familiar with drawing maps. After making some minor tweaks, I began engaging colleagues, friends and community leaders. Four iterations, several heated debates and a few minor edits later I submitted the “Kim Nguyen Map” also known as Public Submission 1.

Nervously I attended my first “community map meeting.” Not too bad, only a handful of people showed up. Once the word of my map spread the number of people attending the meetings increased and unfortunately, so did the false rhetoric.

Baseless accusations were made, feelings were hurt, and people got angry. Although I began to feel defeated I knew that my map was the best one and so I let the numbers speak for themselves.

At every opportunity during public comment I reiterated the same three points: 1. Population size as close to one another as possible, 2. Adherence to the use of main streets and natural boundaries, and 3. One high school per district (only 5 high schools exist in Garden Grove so one district was left out).

My participation in this process was never meant to be divisive but instead to provide a voice for the communities I stood up to represent. The main goal was to ensure that everyone had a seat at the table and had the right to vote directly for someone to represent the area that they lived in.

Often times we see that when someone new steps up to the plate to try and make a difference they are blamed or accused of being the pawn of a “sinister mastermind.” I think it is shameless of people to make these false claims and attempt to hinder the ability of people to participate in a process that solicited public input.

I think that my biggest take away from this process has been that there still exists an extremely jaded perception of what equality is.

Many people would agree that giving everyone the same amount of something equates to equality, but it does not. In order for something to truly be equal you need to look at the whole picture. Specific individuals and groups have been afforded privileges that have not been given to everyone else. I can understand that when you’ve been given something your whole life you grow entitled to it and the idea of change threatens that entitlement. Imagine how the rest of us feel.

When we try to participate, we are discouraged. When we speak up, we are punished.

Despite all the odds and adversity, a great majority of people, regardless of race and ethnicity, were able to come together and support Map Submission #1.

As a result of their resilience, I am thrilled to report that on April 26, 2016 the Garden Grove City Council voted on a Final District Map, aka Kim Nguyen map, aka Submission 1. Moving forward, I am hopeful that all sides can put aside their differences and come together to elect a City Council who will represent and serve all residents equally.

I do believe all people involved in this process truly want what is best for this city. Come November 2016 everyone will have a guaranteed voice in electing a City Council Member to effectively represent them.