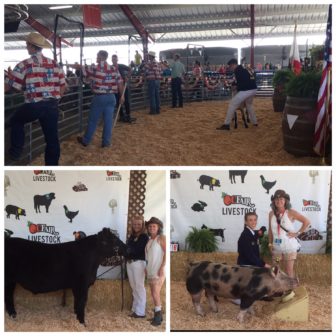 Your inside guide to the fun and fare of the Fair…

Last week, I left the OC Fair the proud owner of a 1200-pound steer and a 270-pound pig. No, I didn’t make an impossible basketball shot and win them on the Midway. I was a proud bidder at the annual Junior Livestock Auction. 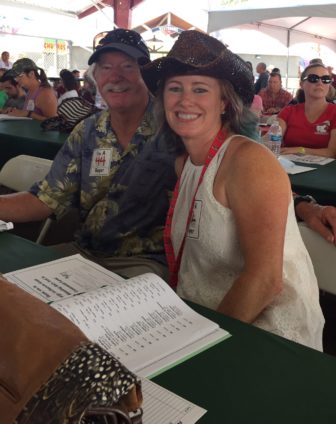 The Junior Livestock Auction is little known to those outside the OC Fair and 4-H/FFA world, but it is one of my favorite days at the Fair. Kids from all around Orange County exhibit their award-winning market swine, broilers, calves, goats, beef, rabbits, lamb and turkeys in hopes of recouping their expenses for raising these amazing animals and raising funds for their future projects. I am not expert at the auction, but in the last three years I have learned a few things:

Last year, my husband Michael banned me from the Carnival of Products. It may have something to do with the beautiful outdoor island and built-in BBQ I purchased from KoKoMo Grills. (Come on, the Caribbean BBQ Island seats 6, has a BBQ and kegerator, and beverage refrigerator!) This year, with Michael as my chaperone, we hit the Carnival on our Friday night date night. Let’s just say he found a product or two as well. 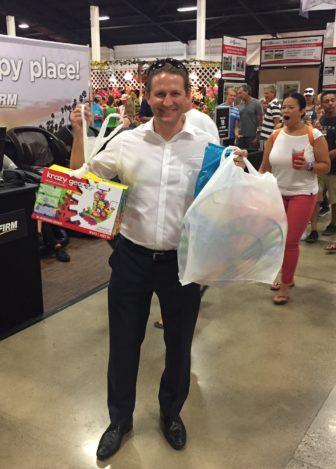 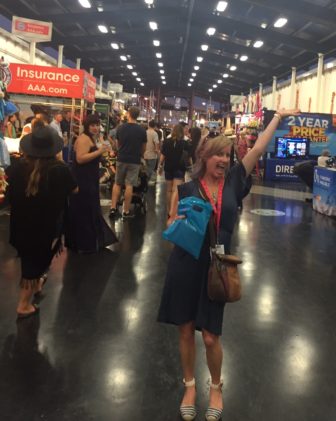 It may have been our indulgence in the award-winning wines from the OC Wine Society, but we found several things we did not even know we needed. From extra-long USB cords, a new cleaning mop, to my jogging accessories, let’s just say we did pretty well. And have you seen Director Bagneris and her light-up sneakers? Purchased in the Carnival of Products. The Carnival sucks you in, but it is a great way to spend a hot afternoon or chilly evening. It will not disappoint.

Ashleigh Aitken is a plaintiff trial lawyer at Aitken Aitken Cohn in Santa Ana. She was appointed to the OC Fair Board in 2012 and reappointed in 2016. After incessantly speaking about the Fair and reciting random Fair facts, her brother dubbed her the Queen of the Fair.

Editors Note: Ashleigh Aitken is the daughter of Wylie Aitken, Voice of OC’s board chairman and a donor to the organization.