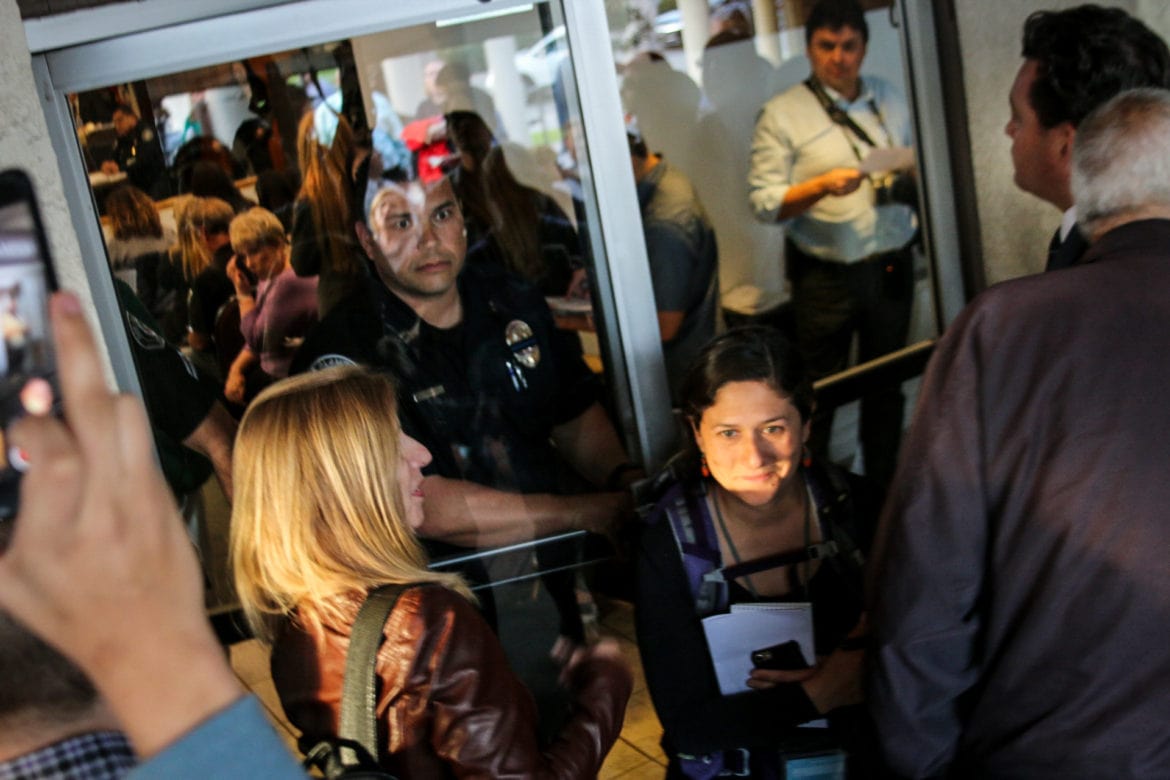 Scene at the Los Alamitos City Council when the council voted to pass an anti-sanctuary ordinance.

It is not a secret that white nationalist hate groups have openly embraced and coordinated with current and former political operatives for the Trump Administration, including Steve Bannon, who’s accused of massively extracting private Facebook data to stir and manipulate the perceptions of the American public through Cambridge Analytica.

Another actor in constructing and promoting this white supremacist narrative and agenda is FAIR, the Federation for American Immigration Reform. The Southern Poverty Law Center recently profiled FAIR as one of the most extremist anti-immigrant hate groups in the United States spreading fear and a message of white supremacy and nationalism.

Last year alone, Julie Kirchner former Executive Director of FAIR and former immigration advisor for the Trump’s presidential campaign transitioned to a paid position as an advisor to Customs and Border Patrol and has since been appointed to a high level USCIS, the United States Citizenship and Immigration Services, position by the Trump Administration.

As such, it comes as no surprise that they are actively attempting to hook and bait the conservative political elite in OC, one of the last conservative gems of California. The Orange County Board of Supervisors and other elected officials across OC, are actively being outreached and recruited by white supremacist hate groups such as FAIR and their legal strategy affiliate ILRI, as made public by the OC Register. Yorba Linda’s recent vote to support a lawsuit against SB54, “was spurred by a request from a group called the Immigration Reform Law Institute, which is affiliated with FAIR..”

The Trump Administration’s continuous collaboration with white nationalist political operatives and organizations in order to push a political agenda against California’s SB 54 and Constitutional Cities embracing Sanctuary Laws is now impacting Orange County. The State of California, several Constitutional Cities and school districts have recently passed Sanctuary Resolutions, Ordinances and Laws like SB 54. Most are symbolic commitments to uphold Constitutional rights for all people regardless of status, nonetheless, Sanctuary laws that seek to protect immigrants are under attack nationally. 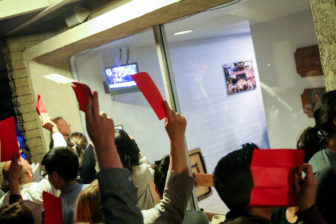 Scene at the Los Alamitos City Council when the council voted to pass an anti-sanctuary ordinance.

All of these coordinated racist attacks have one thing in common, they intentionally attempt to manipulate Anglo-American anxieties and focus those anxieties on the immigrant community. The unfortunate result is many people coming to believe that the immigrant community is a threat, deserving of punishment, of deportation, and of their anger and rage. Just this past week alone we have seen the rollout of a coordinated misinformation campaign that seeks to distort and promote narratives which falsely imply that Sanctuary laws go against the U.S. Constitution or that they generate more crimes. This false information campaign desperately tries to make a connection between immigrants and criminality by falsely suggesting that our family members and relatives are threats to society. Unfortunately many elected officials seeking to run for office, such as Travis Allen, who is running for governor, and Shawn Nelson, who is running for U.S. Congress, are exhibiting signs of moral turpitude by using these intentionally manipulated situations as opportunities to promote their own political careers and aspirations.

We must not fall into their traps! We must not succumb to their Anti-American manipulation! We must not allow these coordinated efforts of weaponized fear to continue to disorient and destabilize our communities. We must counter the fear and the hate by taking a collective stance against those that push for increased police-ICE collaboration and those that seek to profit from the separation of our communities through mass raids and deportations. It is in these moments in which our communities are intentionally scapegoated and attacked by hate groups and misguided local politicians, that we must stand up and come together and raise our voice to take collective action to defend our communities, to defend OC, to defend Sanctuary!

Carlos Perea is the Policy and Programs Director for Resilience Orange County, an immigrant rights and youth empowerment organization that focuses on social-systemic transformation and building resilient youth leaders. He has spent the last 5 years advocating against immigration enforcement and deportations in Orange County and has worked on issues regarding the school to prison to deportation pipeline, which disproportionately impacts youth of color.