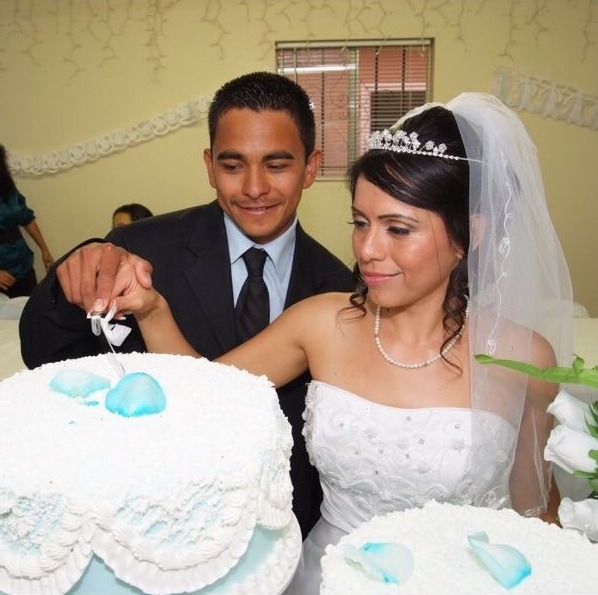 Jeremias with his wife, Lorena, on their wedding day

In May of last year, I was separated from my two sons, ages three and five, by Customs and Border Protection agents at the port of entry in San Ysidro, California. They threatened me, saying, “We will take away your children. We have the power to put them in a shelter and put them up for adoption. And you, we will deport. You will never see your children again.” 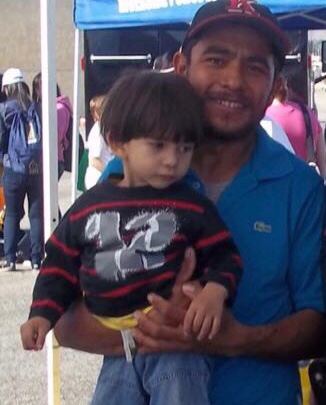 Jeremias with one of his sons

This Father’s Day, I will not be taking my sons out to eat pizza for our traditional celebration. Instead, I remain detained at the James Musick Facility in Irvine, California, separated from my wife and sons for over a year now.

I came to the U.S. from Guatemala to claim asylum because I had been targeted for engaging in political protest.

Instead of being welcomed, I have experienced injustice since the moment I arrived.

When we were taken to the detention facility and even to immigration court, we were treated like dangerous prisoners, put in handcuffs and shackles and chained together. I remember asking one of the officials, “Why so many chains?” He responded, “No one invited you to come to my country, criminal.”

During the asylum process, everything is against you. To go to immigration court, they wake you up at 2:00 AM, although hearings are at 8:00 AM or 1:00 PM. We are taken to a different jail and put in a cell so cold you feel that your bones will break. Being sleep-deprived, it is hard to concentrate at a hearing where you have to defend your life by sharing traumatic memories that you would rather forget.

In this jail for immigrants, there is no clean water. There is no decent food. The officials mock us saying, “Go get your carne asada,” when the meal of the day is spoiled baloney. The immigration officials taunt you, offering you liberty. They say: “You want to be free? Give up your right to request asylum and we can deport you to your country.”

I spent five months awaiting the appeal of my asylum case. The Board of Immigration Appeals affirmed that I face danger in my home country. But the immigration judge, who had denied me asylum in the original hearing, ignored the decision of the appeals court and ordered me deported to a country in which a higher court has affirmed I faced persecution. The same judge should not try you twice, much less after having won in the appeals court.

And, I have a legitimate asylum case under U.S. laws.

The question is, why does the immigration system cause this injustice? Why separate families when we seek safety? Why detain us during such a long process? The reason is to drive us to despair so that we stop defending our rights to refuge.

All immigrants in this jail are human beings.

I am not a number, as they call me. I am a father. I am a husband. I am a son. I have people who love me and are waiting for me to sit down to a warm, delicious meal.

I ask the people of the United States to raise their voices, so that injustices and human rights abuses against immigrants end. California is the only state in the country in which the state attorney general has the ability to monitor conditions inside immigration detention facilities, but the federal government has launched a lawsuit to try to end this measure. We can’t let that happen. Californians need to know what’s happening inside.

This Father’s Day, and every day, really, I hope Americans strive to keep families together and not apart. Nobody should be jailed simply for the act of migrating and seeking refuge.

Jeremias Estrada is a 34-year-old asylum seeker, husband and father of two children who is currently detained at James Musick Facility. His letter was translated from Spanish by Maria-Elena Young, a visitor volunteer with Freedom for Immigrants.