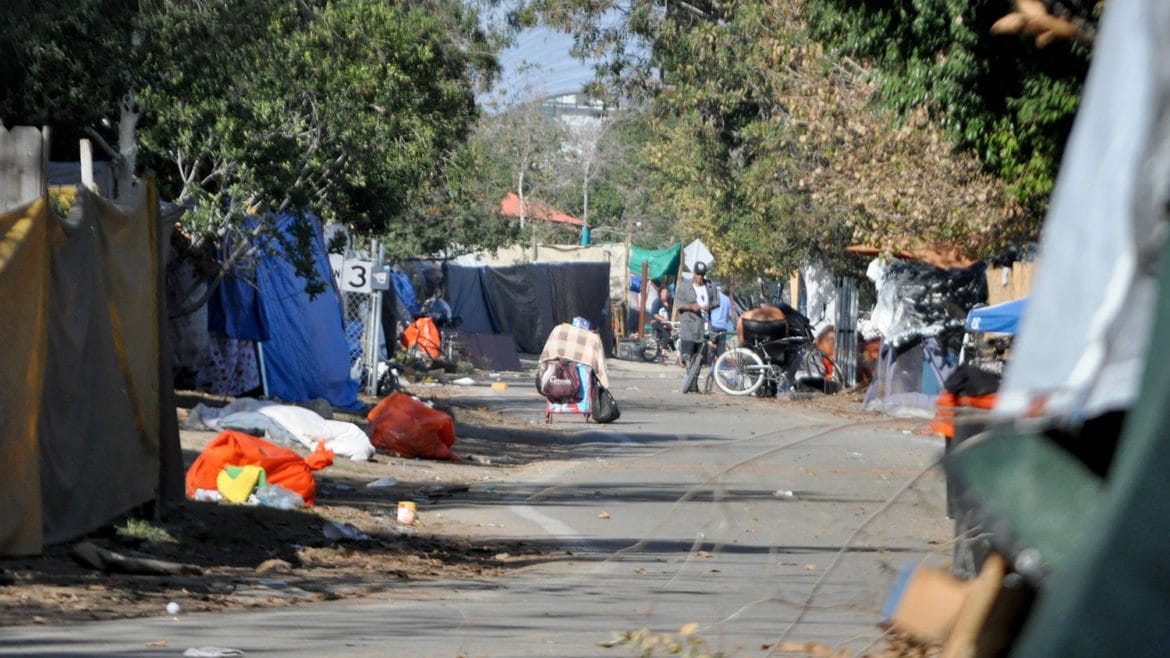 County officials say they will be shutting down the entire Santa Ana riverbed encampment near Angel Stadium, where hundreds of people live, on Monday, Jan. 22.

The Orange County Board of Supervisors will hold an emergency meeting Friday to discuss possibly filing a law suit in an effort to stop the OC Needle Exchange Program authorized by the state in spite of strong opposition by the county and some cities.

The program, authorized Wednesday by the state Department of Public Health (DPH), aims to provide clean syringe needles to individuals, in exchange for their used or dirty ones, to prevent the transmission of disease and infection among people who inject drugs.

“There is a public health need for these services due to the significant risk for transmission of HIV and hepatitis C among people who inject drugs in Orange County,” said DPH spokeswoman Theresa Mier in an email.

“Needle exchange programs, such as this, negatively impact neighborhoods with discarded needles ending up in public libraries, parks and on sidewalks jeopardizing the health and safety the public,” said Do in his statement.

Do’s statement called the program a “needle giveaway” and claimed it would exchange 20 needles for one.

Do’s statement echoes the objections of Santa Ana, Anaheim, Costa Mesa and Orange. Those cities had a needle exchange program, but it was shut down in January when Santa Ana refused to renew the program’s permit.

The reopened program will again operate in those cities on a rotating basis.

Costa Mesa Mayor Pro Tem Allan Mansoor scheduled a rally at noon Thursday to protest the new needle program. He said in a news release the needle exchange also was opposed by the city’s police department and the Newport-Mesa Unified School District. The rally near a school is planned for the corner of 17th and Whittier Streets.

According to a June 25 letter to the Department of Public Health from the Santa Ana City Council, 14,000 needles were found along the Santa Ana River Trail during a cleanup effort early this year.

Orange, Costa Mesa and Anaheim sent letters objecting to the program to the Department of Public Health, as well.

“The City remains deeply concerned about the program, its proximity to Santa Ana schools, and the failure to put in place stronger exchange provisions that would reduce the danger of abandoned syringes,” said Santa Ana Assistant City Manager Jorge Garcia in a Tuesday statement.

Sharing or reusing needles and syringes increases the chance of transmitting HIV, viral hepatitis and other blood borne infections, according to the Centers for Disease Control and Prevention. Syringes with detachable needles can pose a greater risk because they can retain more blood after they are used.

The Department of Public Health has identified Orange County as one of the most vulnerable in California to rapid spread of disease and infection through injection drug use.

The county saw a 201.2 percent increase in cases of chronic Hepatitis C from 2011 to 2015, according to the Department of Public Health. The rate of newly-diagnosed HIV cases increased by 24 percent from 2012 to 2016.

According to the authorization letter from the DPH, “The proposed services performed by OCNEP will play a crucial public health role in the prevention of blood-borne diseases, as well as offering support and linkage to critical medical care and social services.”

Brandon Pho is a Voice of OC intern. You can contact him at bpho@voiceofoc.org or on Twitter @photherecord.