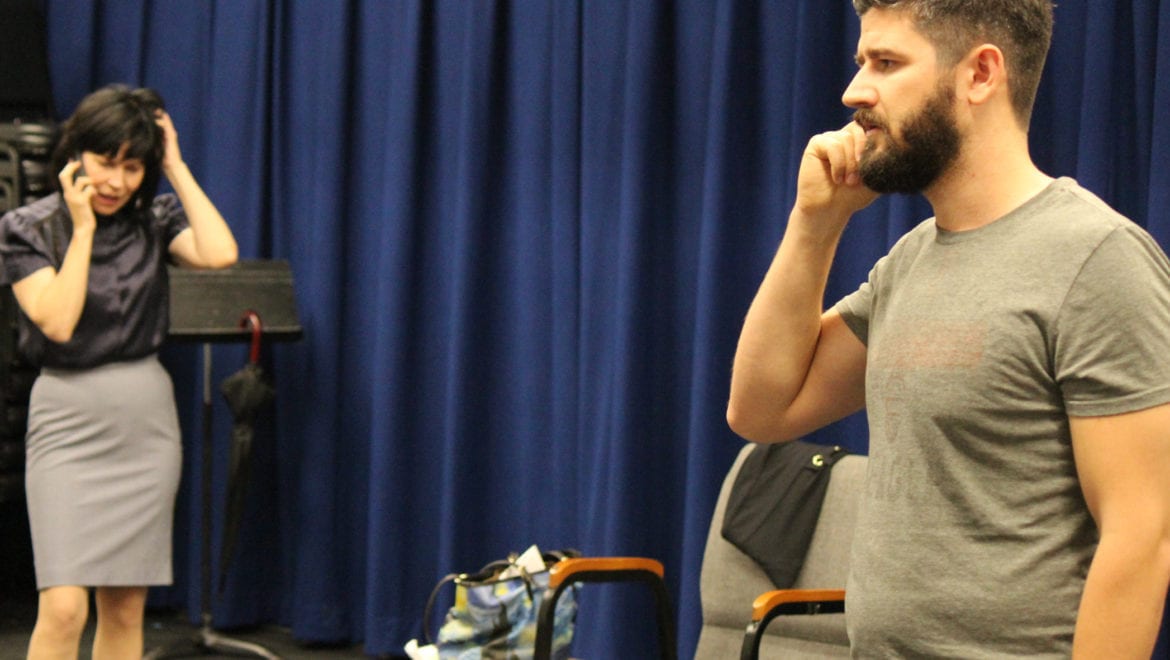 Playwright Sharr White has numerous California connections. The Maryland native was raised in Orange County. He studied acting at San Francisco’s American Conservatory Theatre. South Coast Repertory is among numerous California theaters to stage his plays, and many of his debuts take place in the Golden State.

“The Other Place, ” being given its Orange County premiere at the Chance Theater, is the play that pulled White out of California and onto the national stage. It was the playwright’s Off Broadway and Broadway debut – a Manhattan Theatre Club production starring Laurie Metcalfe and Daniel Stern that moved from the MCC Theater to Broadway’s Samuel J. Friedman Theater in late 2012, received widespread praise from the critics, landing two Outer Critics Circle Award nominations.

Described as “a family drama wrapped in a mystery,” the 2011 play’s principal character, played at Chance by Jacqueline Wright, is Dr. Juliana Smithton, a brilliant, trailblazing 52-year-old scientist who works for a drug company. 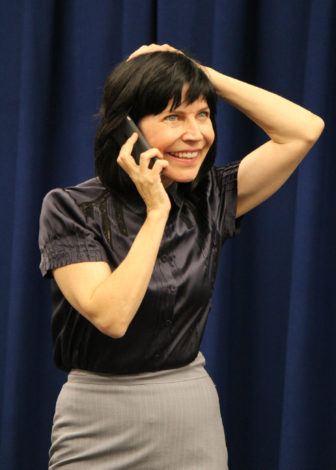 Just as Juliana begins to give a speech at a neurological convention, the most important seminar of her career, she begins seeing and hearing things – including a mystery woman in a yellow bikini sitting in the front row of the audience.

As the play cuts away to scenes of her life, we learn that Juliana is dealing with intense pressures: Relations with her husband (Ron Hastings) have brought the couple to the brink of divorce. She’s estranged from her daughter (Krystyna Ahlers), who against her wishes has married a much older man (Philip David Black), and burdened by her company’s launch of a controversial wonder drug.

Through it all, Juliana repeatedly refers to “the other place,” her family’s Cape Cod home that played a key role in her childhood – and where she hopes to reunite with her daughter.

As the play crisscrosses between Juliana’s lecture and scenes with her family, the truth about her struggle and the keys to her disorientation emerge.

Director Matthew McCray refers to White’s structure as “fragmented, like a puzzle.”

“It’s a non-linear play, depending on how you view linear – linear in terms of time, but broken up by a secondary event. Both (threads) are almost on top of each other and told in fragments, then over course you discover how the two are connected. So it feels very non-linear even though technically, when you map it out, it’s not as much as you might think.”

“Every scene gives you just a little bit more information about what’s really happening with the lead character, Juliana.”

The play, he said, “explores a battle against severe illness, the ambitious reach of health-science, and the endurance of a family’s love to deal with health-related issues.” Its core, he said, is “a woman’s struggle with health issues, and the impact of that on her family.”

McCray characterizes Juliana as “smart and charming” and calls her struggle “compelling.” Her dialogue is driven by White’s “sharp humor.” In fact, the play has the same “thoughtful and witty character dialogue” as other White plays such as “Stupid Kid.”

Where it differs from the rest of White’s work is in its “complex story and psychological narrative.”

McCray said that the point of “the other place” – the cottage in Cape Cod – “is not what the place is, but what happens there that’s a surprise. Juliana’s health is transitioning throughout the play, so she feels like she’s not present in the same reality as other people and therefore she could figuratively, consciously or mentally be in ‘the other place’.”

The director said he loves working on and is drawn to plays “that are as mysterious as they are moving” and that “The Other Place,” which “engages the audience emotionally and intellectually,” fits that bill.

“There are a ton of great surprises in this play. I don’t want to give any of them away, but it is one of these wonderful plays that keeps you guessing and holding on to the very end.”