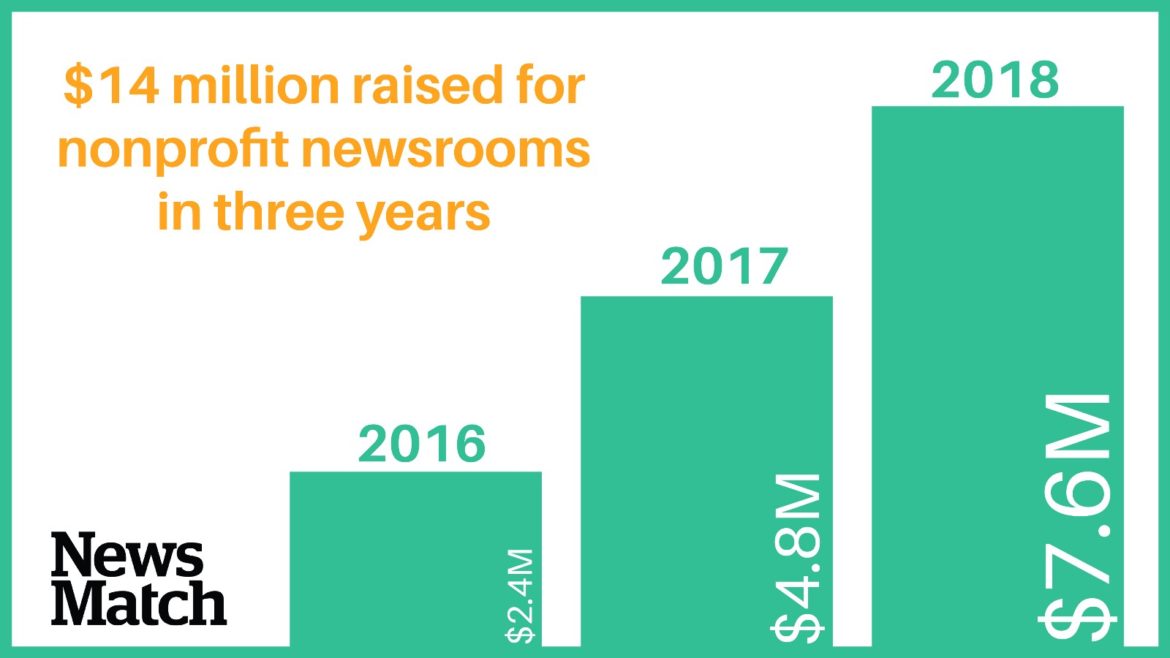 The success locally and nationally of the 2018 NewsMatch fundraising campaign signals the continuing growth of nonprofit, independent news.

Nationally, $7.6 million was raised across 154 newsrooms. At Voice of OC more than $80,000 was donated from individuals — with more than twice as many donors as the previous best year.

“Over the last year, nonprofit journalists were a driving force for good, holding elected officials accountable, revealing injustice and waste, and shining a spotlight on public safety and health,” writes Josh Stearns, a director at the Democracy Fund.

“The dollars raised through NewsMatch will make sure that more stories like these can be told in 2019. The funds will go to hire more journalists, engage local communities, fight for access to government secrets, and ensure that more people have access to the information they need to live their lives and make decisions about their families and the nation,” writes Stearns.

But he also recognizes that this is just the first step in building a new network of independent news organizations:

“Nonprofit news is still nowhere near filling the gaps left behind by the years of deep cuts in local and national journalism.”

Josh Stearns, a director at the Democracy Fund

A recent report from the Knight Commission on Trust Media and Democracy released a report providing five guiding principles for rebuilding journalism for the future with two action items that speak most pointedly to Voice of OC’s mission:

“Democracy cannot function without flourishing and trusted media, or an informed citizenry,” said Dan Porterfield, President and CEO of the Aspen Institute in the Knight report.