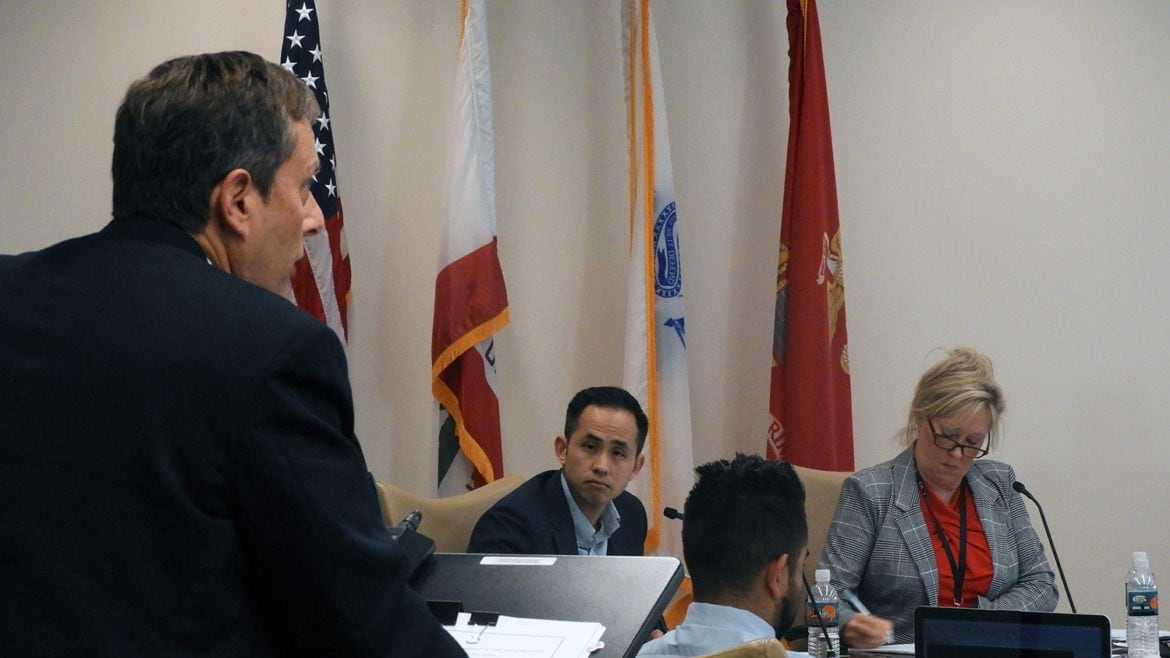 Transparency and accountability will increase at the Orange County Fair and Event Center after the Board of Directors decided it’s time to overhaul the fairgrounds’ contracting policies and create an audit committee.

“What I am suggesting is we develop a new board policy for contracts,” board member Doug La Belle said at the March 28 meeting. “I’m looking at a full board awareness and transparency.”

The move comes after a scathing 2016 fairground audit was presented at the Feb. 28 board meeting.

The audit also prompted the Vice President of finance Adam Carleton to publicly speak out to the board during the February and March meetings after CEO Kathy Kramer suspended him in December for voicing concerns about the audit, he said.

Auditors from the California Department of Food and Agriculture found the fairgrounds entered into a potentially illegal separation agreement with a former employee and overpaid that employee by nearly $75,000.

At the OC fair board monthly meetings, all contracts are typically listed on a consent calendar — meaning one vote will approve all the contracts, unless a board member pulls a contract for discussion and a separate vote.

The 2016 audit recommended the fairgrounds update its contracting procedures.

“What I’m going to propose to the board helps … to address one of the issues raised by the 2016 audit,” La Belle said.

Board member Natalie Rubalcava-Garcia, who is the chief operating officer at the OC Business Council, said she’s concerned the fairboard will overstep its role and slow down operations at the fairgrounds.

“I think the board is going beyond our role and it seems we’re getting into operational and it also feels like it might create an inefficient process,” Rubalcava-Garcia said. “One of the things we get constantly criticized for is we’re not efficient enough.”

La Belle reminded the nine-member board that each is an officer of the state.

“Again it’s just to carry out our responsibility as directors,” La Belle said. “We are officers of the state of California … each of us has been appointed by, and in some cases several times, appointed by the Governor.”

Rubalcava-Garcia responded, “We have an obligation to make sure … the fair board is operating at the most transparent level, but not necessarily to get involved in the operation of things. So I just want to make sure that’s the part we’re not overstepping … we can’t constantly get in the way.”

Board member Gerardo Mouet, a former parks director for Santa Ana, said it’s in the best interest of the fairgrounds to implement more contracting oversight.

“If you review the history of similar organizations … it is in this area where mostly board of directors, or city council people, or board of supervisors lose their integrity. This is where you end up finding lots of different problems. It’s a fine balance between efficiency and transparency and protecting public monies and public service,” Mouet interjected.

La Belle said updating the fairgrounds’ contracting policies should be the first priority of the governance committee, which reviews policy proposals for the board to vote on.

“I think it should be top priority. I think it should be considered in advance of any of the others because we have significant management findings that have been presented to us in the 2016 audit,” La Belle said. “We can’t just let it sit out there.”

But questions still lingered about the 2016 audit and how future audits should be handled. Most of the board members didn’t see the 2016 audit until December — months after it was sent to the fairgrounds.

Although the board agreed to create an auditing committee, board member Ashleigh Aitken, an attorney, said she wants to make sure all board members are aware of the audit.

“I think a lot of these issues are issues that we have from not having updated policies,” Aitken said. “For instance, I am really excited about the formation of the audit committee … but I would like to, even though I’m not a member of the audit committee, be informed that we received an audit.”

A potential review of Kramer’s performance was listed under the board’s closed session items, but there was no reportable action taken.

Before heading into closed session, Kramer said the last time the audit was formally scheduled on a board agenda was in 2014 — a year before she got there.

“While that’s not an excuse … I welcome some of these policy changes, I really want to do the right thing,” Kramer said. “Again, I just want to let you know how much I am on board with giving us direction. Because — really — I do like to follow direction, contrary to some of the comments that typically get made. But I’m excited to do the work with this governance committee and make sure we’re moving forward.”

Fairgrounds watchdog Reggie Mundekis, during public comment, said the board should take it one step further.