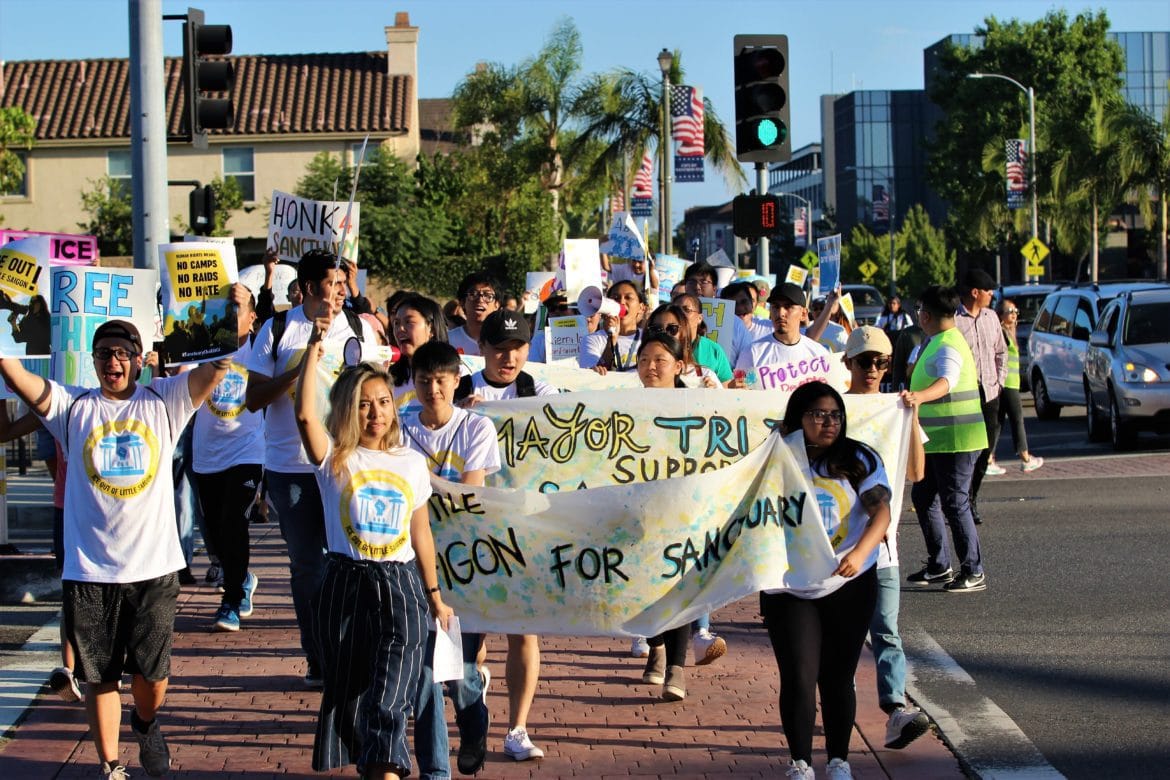 The Little Saigon community of Orange County represents the largest Vietnamese community in the world outside of Vietnam. What happens here, in the realm of politics, business, or cultural innovation, often sends ripple effects in Vietnamese communities across the country and beyond.  This week, hundreds of us took to the streets to say its time to “bring human rights home” for immigrants and refugees.  The question is whether our local elected officials will join us.

The Vietnamese community in the United States has something to say about the treatment of immigrants and refugees. For decades, our community has seen all the ugly and violent implications of what happens when our neighbors and elected officials drive and enable anti-immigrant sentiment. When we first arrived in 1975 in Orange County, we were told to go back to where we came from. Young Vietnamese who came as children and teenagers were profiled by local police departments and randomly accused of committing crimes they did not do.

Years ago, elected officials also refused to recognize our community as Little Saigon and even falsely accused our community of spreading disease. We struggled, our families were separated, some of us became homeless, but still, evident by the vibrant institutions that paint the Little Saigon community today, we persevered. We flourished.

Today, Donald Trump is on a hate offensive, targeting immigrants and refugees to incite his base. Migrant concentration camps, racist threats and raids, and local law enforcement collusion with hate groups – we’ve seen this before.  Central American refugees have been experiencing the hatred, the contempt, that our families confronted not that long ago. Moreover, tens of thousands in our own community continue to be targeted by anti-immigrant enforcement, intimidation, and violence.

We expect our representatives to step up. Instead, we witness a lack of courage and will by Vietnamese elected officials to condemn it. Our Vietnamese Board of Supervisor member Andrew Do sided with Trump, against California law that limits use of local resources for immigration enforcement. Our Vietnamese Mayor of Westminster Tri Ta sided with Trump as well, deeply disappointing hundreds of residents at last April’s city council meeting, and turning his back on our community’s own refugee legacy. 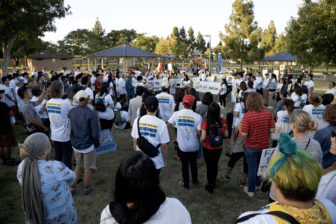 But the times have changed. This week we witnessed a beautiful call to action in the streets of Little Saigon – a march and rally calling for our local officials to “bring human rights home.” That means no racist raids, no concentration camps, and no colluding with white nationalist hate groups here or in any elected office.  It means defending and celebrating sanctuary for all.  We’ve talked a lot about human rights abroad, it’s time that our representatives show the same commitment to human rights at home.

Tracy La is the founder and executive director of VietRISE, a community organization that advances social justice for low-income Vietnamese and immigrant communities in Orange County.