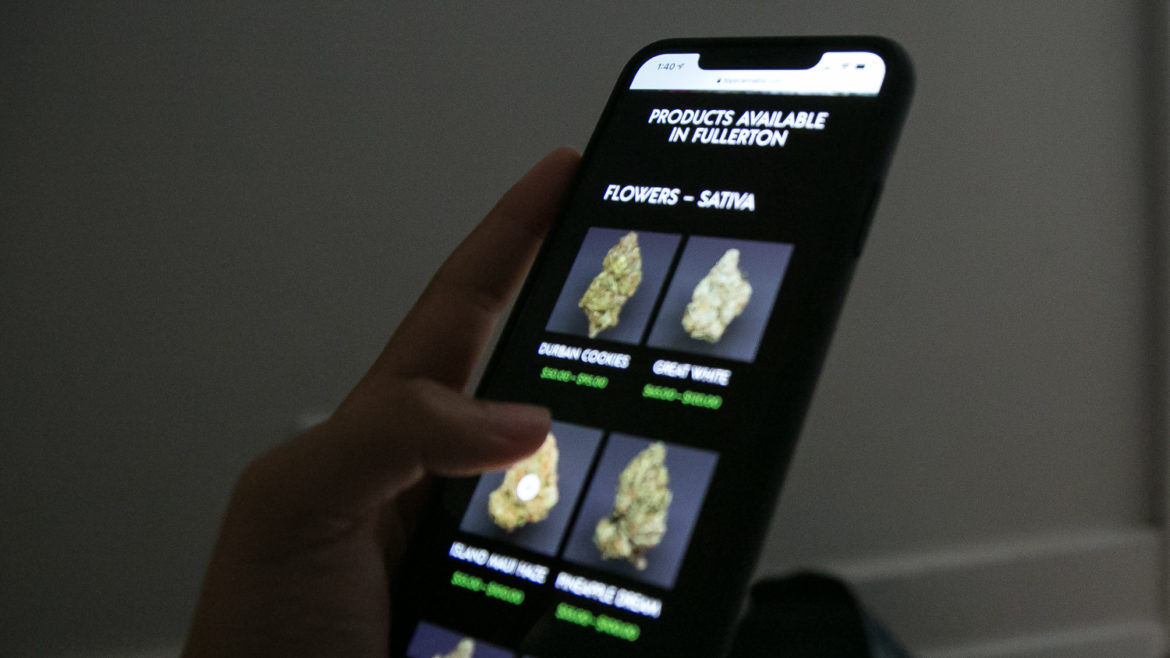 Legal weed shops could come to Fullerton after the City Council took its first steps to study the issue and hire a consultant, despite council member disagreements about community safety and a split public.

“I want to make sure that we have sound policies that protect the quality of the product. Because what we have right now is marijuana is being sold in our city, whether you like it or not,” Councilman Ahmad Zahra said during Tuesday’s Council meeting.

He said the illegal pot shops have no product testing or safety regulations.

“So even if we decide to ban it, we are still going to have a product in our city that’s potentially harmful,” Zahra said.

Councilwoman Jennifer Fitzgerald disagreed and disputed Zahra’s studies he cited earlier in the meeting when he said pot isn’t a gateway drug or as harmful as tobacco and alcohol.

Although Fitzgerald said she has no issue with Cannabidiol (CBD) oil, she said the city first should deal with the illegal weed shops. CBD is a separate chemical compound from Tetrahydrocannabinol (THC), which gives users the high pot is known for, and is typically used to treat pain.

“I’ve used CBD oil myself … I have no problem with that. But adding additional drug business to this city when we already have illegal activity that we need to shut down, I don’t understand that,” said Councilwoman Jennifer Fitzgerald, referring to illegal weed shops that operate in Fullerton.

Community Development Director Matt Foulkes, who heads up the code enforcement division, said shutting down the illegal shops is often a difficult and lengthy process that first has to start with a public nuisance hearing.

“Ultimately we’d take court action or get an abatement warrant,” said Foulkes, responding to Council questions. “But all of that takes quite some time.”

The shop owners have an appeal process they can use and still operate the illegal pot shops during that time, he said.

“That takes sometimes as much as two or three months and they can request an extension to that,” Foulkes said.

There’s usually four to six illegal shops operating in the city at any given time, according to the staff report.

Fitzgerald said she’s also unsure of how the regulations would actually work even if the Council were to allow legal shops in the city.

“As far as I can tell the current industry is regulating itself. So, how do we trust that this product is safe? I have no idea,” Fitzgerald said.

The City Council voted 3-2 to hire the consulting group, HDL, and bring back some more detailed information in March. Fitzgerald and Councilman Bruce Whitaker dissented.

Council members still have to figure out the details for any potential ordinance the Council would have to adopt for any legal weed businesses open in the city. The Council also has to determine where the businesses could open and what types they could be, like storefronts, distribution and cultivation.

The last time the City Council visited the issue in 2017, it decided against allowing pot shops in the city.

“I got to tell you, in 2017 I voted no on it. I didn’t feel we needed it, didn’t feel it was necessary,” Mayor Jesus Silva said, who brought the item to the Council.

But, Silva said, he’s done some research on the subject since then and has changed his mind. He also said he wanted the city, along with the consultants, to start studying the costs and benefits of potentially allowing legal weed businesses in the city.

The Council is expected to take up the issue again in March.

“I would like to see some of these directions put forward and bring it back a second time … and see what are the benefits, what are the costs,” Silva said. “It’ll give us a little more guidance, a little more information to say yes or no.”

Whitaker said the city may be moving too quickly on the issue. He was the only dissenting vote on banning weed shops in 2017.

“My goal would be not to say no or never necessarily, but let’s move forward a little more carefully as we approach this,” Whitaker said. “I get a sense listening to both sides that we’re moving a little bit too swiftly on this and to me the devil is in the details on whatever we do here.”

Silva asked what recommendations Whitaker had.

Whitaker said the city should revisit some of the framework used in 2017 and include more city staff in the process leading up to March.

“It seems to me that most of the good work that was done it last time was set aside and we’re going now with recommendations that vary from that a little bit,” he said.

Councilwoman Jan Flory agreed with Whitaker’s stance on the issue and also wanted to have more public hearings on the matter.

Flory also went to a legal shop in Santa Ana to see firsthand how the operation runs, she said.

“I was fairly impressed with it. It was a very clean, well-run operation,” Flory said.

Zahra said he wants to get some data from other cities that have legal weed shops, like Santa Ana.

“I’d like to get local data,” Zahra said. “Also financial data. That is a question, it’s a valid question. Is it worth it, financially?”

But Flory said she didn’t feel like she heard from enough residents and people who spoke at Tuesday’s meeting were almost evenly split on the issue.

She suggested holding public hearings to get a public opinion and potentially ask Fullerton voters if they want shops in the city on the 2020 ballot if the Council doesn’t reach a consensus in March.

A little over half of Fullerton voters in 2016 voted for the weed legalization state ballot initiative.

“It’s a little contradictory, I think, when you say we should provide the leadership up here, and then kick it back to the people,” Whitaker said. “It was a statewide initiative to how we got here.”

Zahra supported the idea of a potential ballot question for Fullerton voters if the Council can’t decide and said the city has already had public input.

“We had a huge community meeting called voting back in 2016,” Zahra said.

Earlier in the meeting, Whitaker said voters have already given the Council some direction.

“The voters have spoken and the voters are the highest level of authority,” Whitaker said. “Which means we’re dealing with something that has been approved as legal activity.”