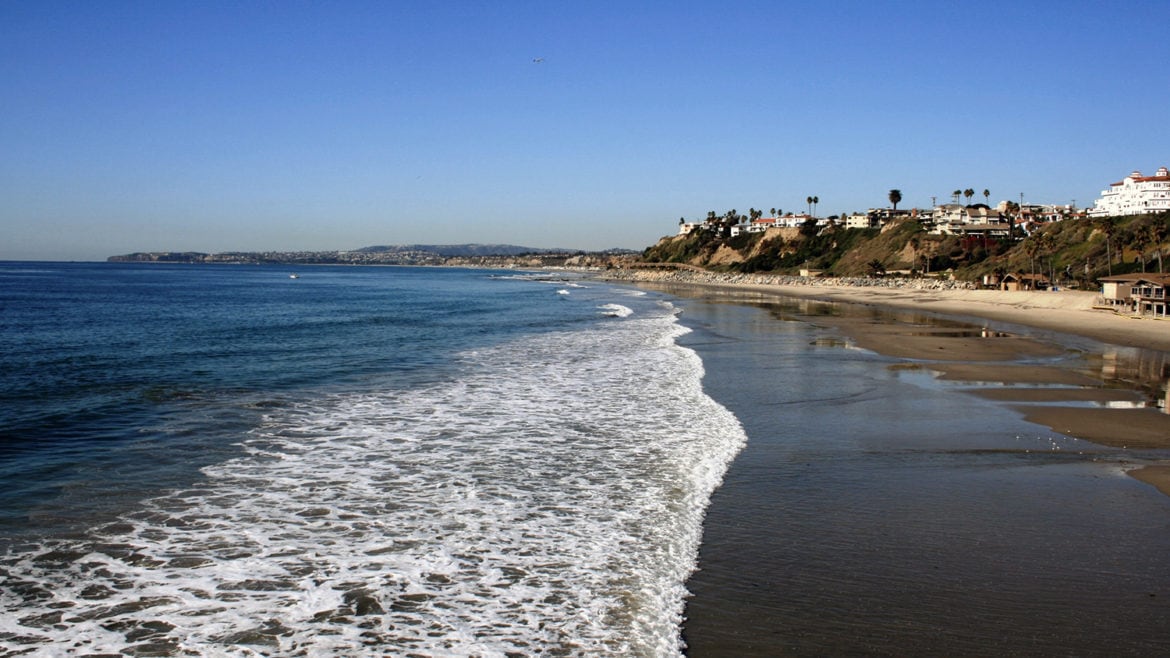 San Clemente has sent a report of its areas most vulnerable to beach erosion to the California Coastal Commission in hopes of establishing a Local Coastal Program, which would allow the city to begin taking measures such as beach nourishment to combat the rising sea levels affecting its beaches.

The City Council unanimously approved the city’s Sea Level Rise report in November, which aims to show the Coastal Commission that San Clemente needs funding and approval to develop its program.

The report, which was funded in 2018 by the Coastal Commission for $75,000, stated that shoreline erosion is expected to accelerate by 2050. The city discovered that if the trend continues, smaller beaches could become strictly seasonal with low tide, with larger beaches losing almost half their size in width.

A Local Coastal Program is a planning tool used by local governments to guide development in the coastal zone, in partnership with the Coastal Commission. The program contains the ground rules for future development and protection of coastal resources. After the document has been finally approved, the commission’s coastal permitting authority over most new development is transferred to the local government.

San Clemente, like many beach towns up and down California’s coast, has seen issues with sea rise and erosion of beaches for several years now, and is planning to find solutions to counter their impact. If the trends continue, San Clemente could see 1.6-3.8 feet of erosion by as early as 2070, according to the Sea Level Rise report. Other seaside towns in Orange County like Newport Beach and Dana Point have been facing similar erosion issues.

Leslea Meyerhoff, the project manager for the Local Coastal Program, explained to the council that a variety of options and policies will be presented to combat the sea rise dilemma.

In the past, San Clemente has elected to bring in loads of sand to restore its beaches and is planning to use this method again, according to Public Works Director Tom Bonigut.

The city has begun working with the U.S. Army Corps of Engineers to bring in 250,000 cubic yards of sand, in hopes of widening the beach by 50 feet from Lynda Lane to South T-street, he said.

Bonigut acknowledges sand replacement as a “soft solution,” meaning it will have to be repeated as eventually the sand will disappear. However, he still believes that adding the sand is the best option.

“It’s an artificial process, but it’s the most natural option we have,” said Bonigut.

A large voice in the coastal protection debate during City Hall meetings has been the Surfrider Foundation, a nonprofit working to protect the coastal environment. The foundation expressed its support during the meeting for the sea rise report and offered solutions to the issues facing the beaches.

Mandy Sackett, Surfrider’s policy coordinator, voiced agreement with the report being sent to the Coastal Commission. She also warned against the “extremely costly” beach nourishment, also known as the sand replacement method.

“We have done it before and it was washed away,” said Sackett.

The Surfrider Foundation advocated for methods like pairing the living shoreline with managed retreat, which is the strategic relocation of structures or abandonment of land away from the shoreline to allow it to continue to rise without harm.

While Bonigut recognizes that beach nourishment is an extremely costly and temporary solution, San Clemente has other things to consider before using managed retreat.

“It’s unrealistic for San Clemente because of the railroad track, which many parties are focused on protecting that railway, along with the many properties resting along the coast in our city,” he said.

The project is still awaiting funding, which would be supplied by the Coastal Commission if it elects to establish a Local Coastal Program for San Clemente.

The city’s sea rise report is not on the docket for the commission’s agenda for its December meeting, and is expected to be discussed and voted on in 2020.