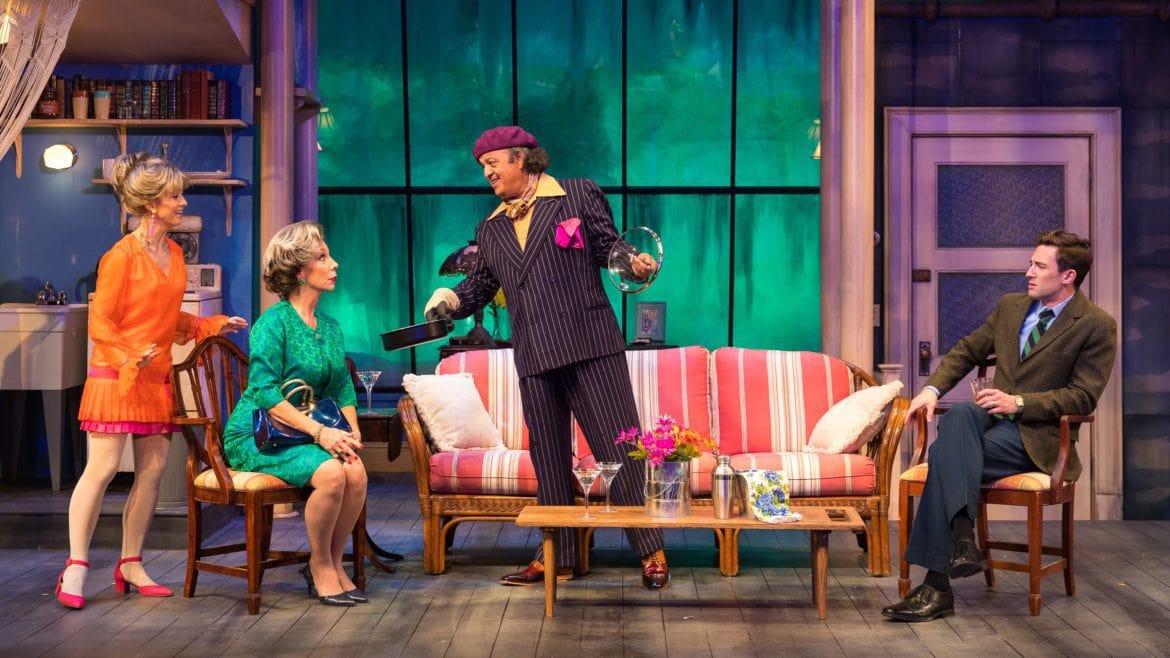 ‘Barefoot in the Park’

Among the most enduringly popular playwrights of all time, Neil Simon had four successful productions running on Broadway simultaneously in 1966.

Simon’s earliest hits included “Barefoot in the Park,” a comedy about struggling newlyweds. Its popularity has continued unabated for more than 56 years.

Unless you’ve avoided theater in general and Simon plays in particular, it’s doubtful you’ve never seen the play – but in case you’re a “Barefoot” virgin, now’s your chance, because Laguna Playhouse’s new production goes into previews this week and starts a three-week run beginning March 1.

Directing Laguna’s staging is Michael Matthews, whose work has been seen there in recent years in productions of “The Graduate,” “12 Angry Men” and “End of the Rainbow.”

The play’s premise is fairly simple. Aside from adjusting to married life, the free-spirited Corie and buttoned-down Paul have to adjust to each other. Their Greenwich Village apartment is too expensive. It’s dilapidated. And it’s on the fifth floor in a building that has no elevator.

Simon milks these factors for all they’re worth and, of course, uses the characters’ conflicting personality traits to garner more audience laughs.

Director Matthews said the comedic aspects of the play are universal, which helps explain its ongoing popularity, as well as its appeal to all age groups.

“This couple resonates so much even now, today, to a modern audience,” he said. “Our older audiences will feel a nostalgia (for) that time period, and younger audiences will certainly relate to the fights and disagreements of a new relationship.”

In presenting the story’s leads, who are played by Lily Gibson and Nick Tag, Matthews said he’s taking an approach that’s “as honest and truthful as possible while not slipping into full drama or comedy. (I want) to simply investigate the truth of who they are and what they want from each other.” 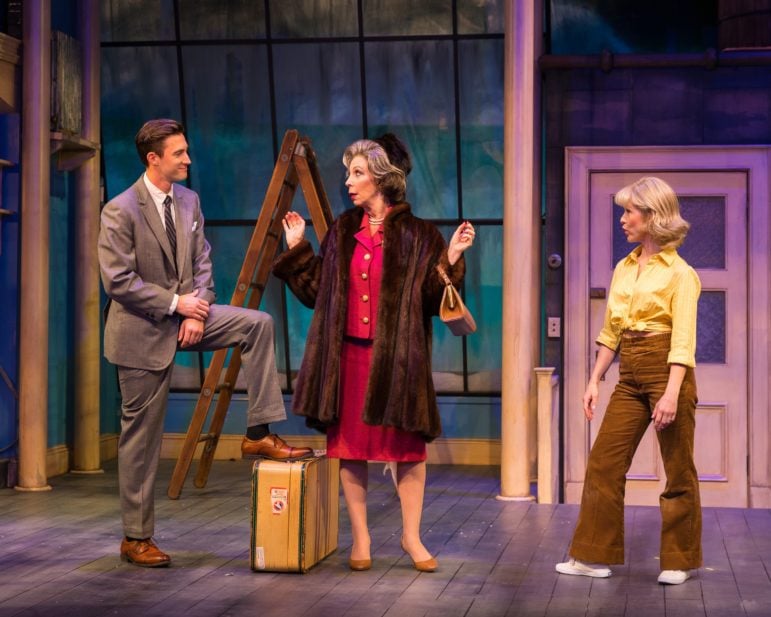 Newlywed Corie Bratter (Lily Gibson, right) sets out to play matchmaker for her widowed mother (Rita Rudner), much to the amusement of husband Paul (Nick Tag) in Laguna Playhouse’s production of “Barefoot in the Park.”

Matthews took extra care to make the play seem fresh. “The biggest challenge in directing this script was making it feel super relevant to today. Why this show? Why now? Even though it is set in the 1960s, I want for each audience member to fully connect to the characters on stage.”

“Corey is a free spirit, a non-realist, and impulsive. Paul is a rigid realist and a no-nonsense kind of guy. They complete each other, but it takes them a while to fully understand that and see that in each other. Almost every couple I know has the same sensibility. My goal is to have our audience fully connect to the material and these characters.”

The challenges of new relationships are universal, Matthews said. “We have a couple that just got married six days ago and moved into a new apartment. They are faced with living with each other for the first time and navigating the ups and downs of a brand new relationship.”

“We also get to see this new relationship challenged with crazy and eccentric neighbors and a very put-upon mother-in-law (Rudner). Every person that experiences this show will be able to relate to the journey this couple embarks on and how they communicate with each other when their relationship is put into question.”

Matthews said his job has been made easier by having a cast that’s “so excited and invested in telling this story. They have all integrated beautifully into these roles, and (they) couldn’t be happier to get on the stage. It has been a joyful experience since day one. Having a cast like this that understands the fine line (between) comedy and drama and seeking the truth of what each character wants is an absolute dream.”

Rudner took advantage of the fun-loving atmosphere to joke  about the production and her approach to her role. When asked how she’s freshening up a character familiar to most audiences, Rudner said she’s “doing the character in Portuguese.”

When asked what elements of a 1960s comedy are relevant to today’s audiences, Rudner responded, “As far as I know, people still fall in love, get married and wonder what it is that they have gotten themselves into.”

Less jocular and more on point is Matthews, who hopes audiences “will see themselves in this show.”

The director calls “Barefoot in the Park” “a love letter to the human spirit, to true love. You sometimes have to give up a little of yourself for the relationship to grow and succeed. Sometimes we need a show like this to come along and remind us to love, to reconnect, and to be kind.”