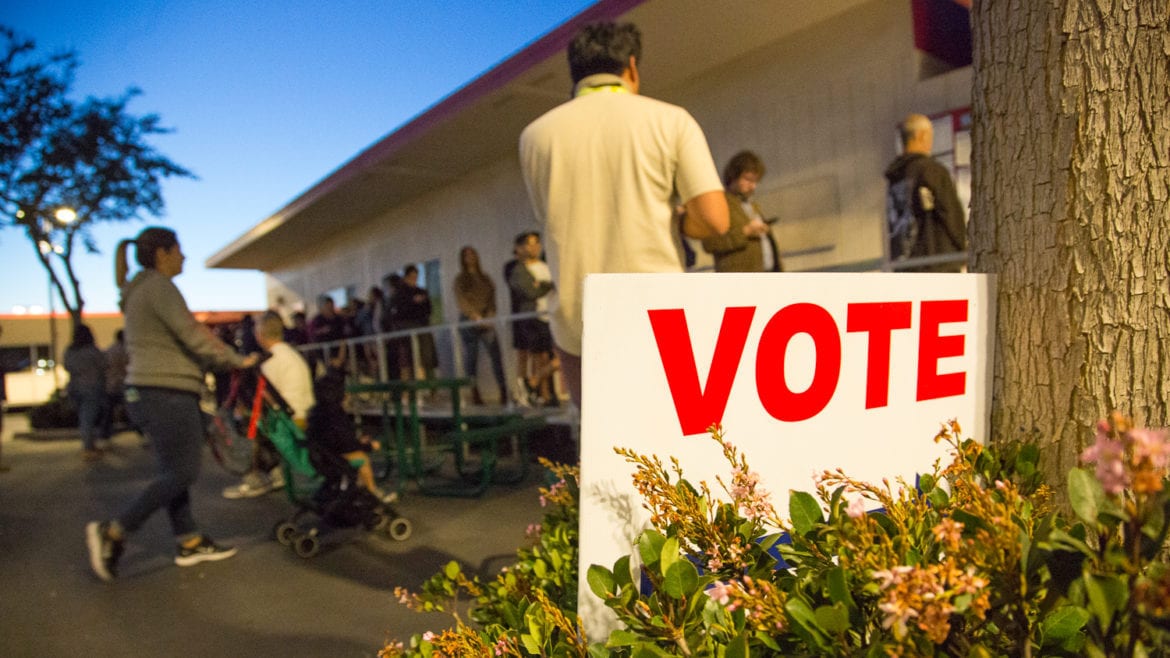 Republicans were holding their leads in both Orange County supervisor races in the Wednesday evening results update from Tuesday’s election, while Democrats narrowed their gaps slightly as late mail-in ballots continue to be counted.

Vote counting will continue until at least Friday evening.

In the latest vote counts for 3rd District supervisor, Republican Don Wagner had 54 percent of the vote, to Democrat Ashleigh Aitken’s 46 percent – which narrowed from 58 to 42 percent in initial election results.

In 1st District results – where the top two vote-getters will advance to a November runoff – incumbent Republican Supervisor Andrew Do maintained a comfortable lead of 45 percent to Westminster Councilman Sergio Contreras’ 20.6 percent. Santa Ana Mayor Miguel Pulido wasn’t far behind Contreras with 19.8 percent of the vote, a number that could change as vote counting continues.

The winners of the supervisor races will help decide how the county spends $7 billion every year on law enforcement, homelessness, social services and health care.

Republicans, supported by charter school advocates, also were on track to maintain their 4-1 majority on the county Board of Education, which decides whether to approve and renew charter schools. An effort by Democrats and teacher unions to gain a majority on the board appears to have fallen short.

Republicans Ken L Williams Jr. and Tim Shaw were on track to win seats on the board, while the board’s one Democrat, incumbent Rebecca “Beckie” Gomez, was on track to hold onto her seat. 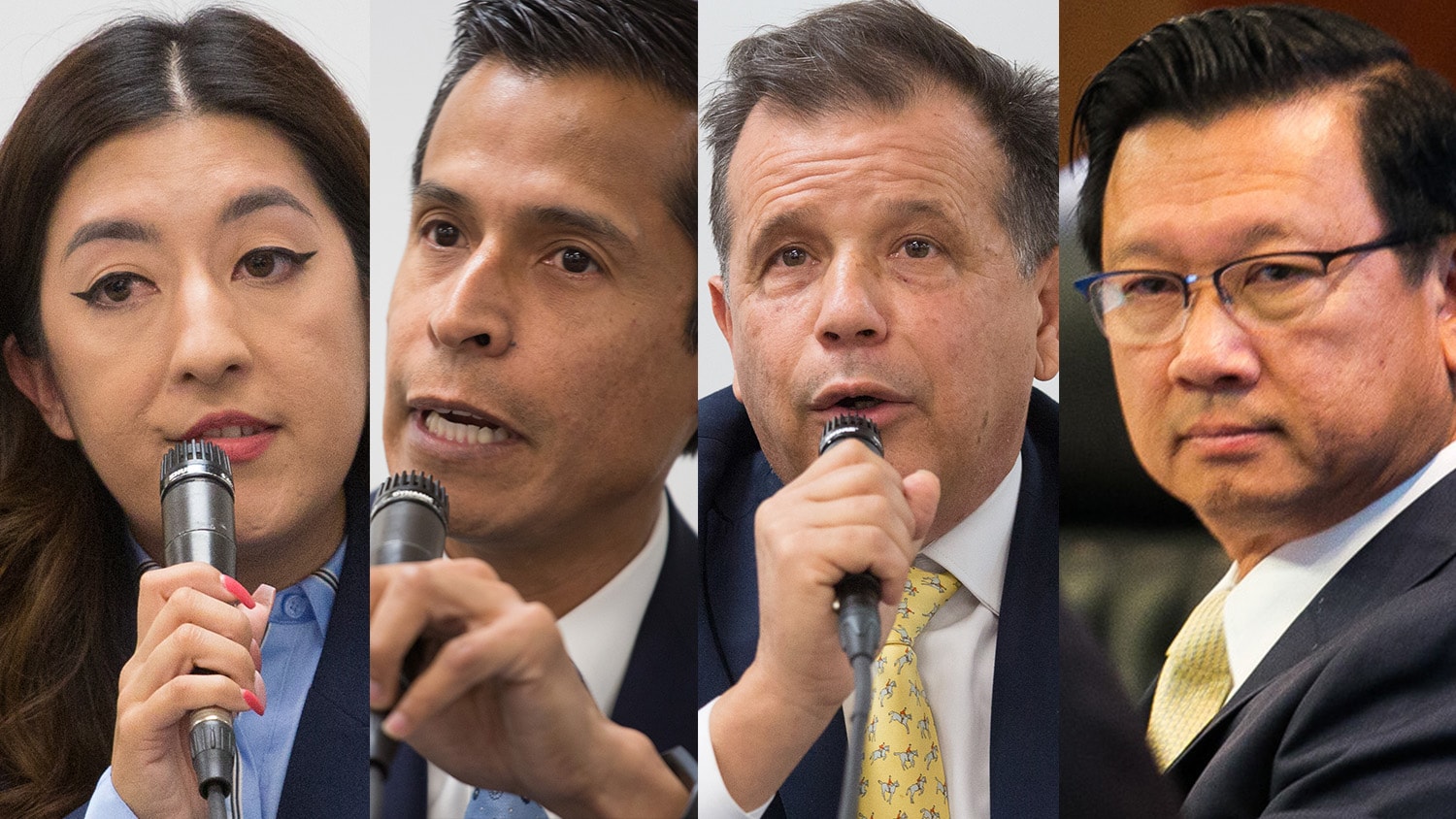 The candidates for 1st District OC supervisor in the March 2020 primary. From left to right: Kim Bernice Nguyen, Sergio Contreras, Miguel Pulido, and Andrew Do.

Republican Andrew Do took an early lead in results for Tuesday’s primary election for 1st District county supervisor, but the second place spot is still hotly contested for the district representing the cities of Santa Ana, Garden Grove, Westminster, and part of Fountain Valley.

Yesterday, Pulido and Contreras were neck and neck for second place throughout the night, and are still less than 1 percent apart.

When Do last ran in 2016, Democrats had a 14 percentage-point advantage in voter registration in the district, and Do won by 0.4%. That margin has since increased to almost 20 percent.

With Do’s incumbency advantage and the benefit of being the only Republican running for the seat, the primary is widely seen as a race to determine his opponent in the runoff election.

Do centered his campaign on homelessness, saying he’s been solving it and that he wants to continue that work.

Nguyen and Contreras were both openly critical of Do’s handling of homelessness, saying in phone interviews with Voice of OC that he has not moved fast enough to create shelter and affordable housing to get people off the streets.

Another big difference in this election is how campaign ads for each candidate were funded. The OC sheriff’s deputies’ union spent over $436,000 on mailers for Do in February – far more than any other spender on the 1st District election – according to public disclosures. Pulido also was promoted by ads from a group funded with $25,000-plus checks each from major donors like the Santa Ana police union, real estate companies, and billionaire Kieu Hoang.

Nguyen and Contreras pointed to their smaller donations from county residents. Contreras was funded largely by individual small donors and labor unions, while most of Nguyen’s donations were $200 or less. 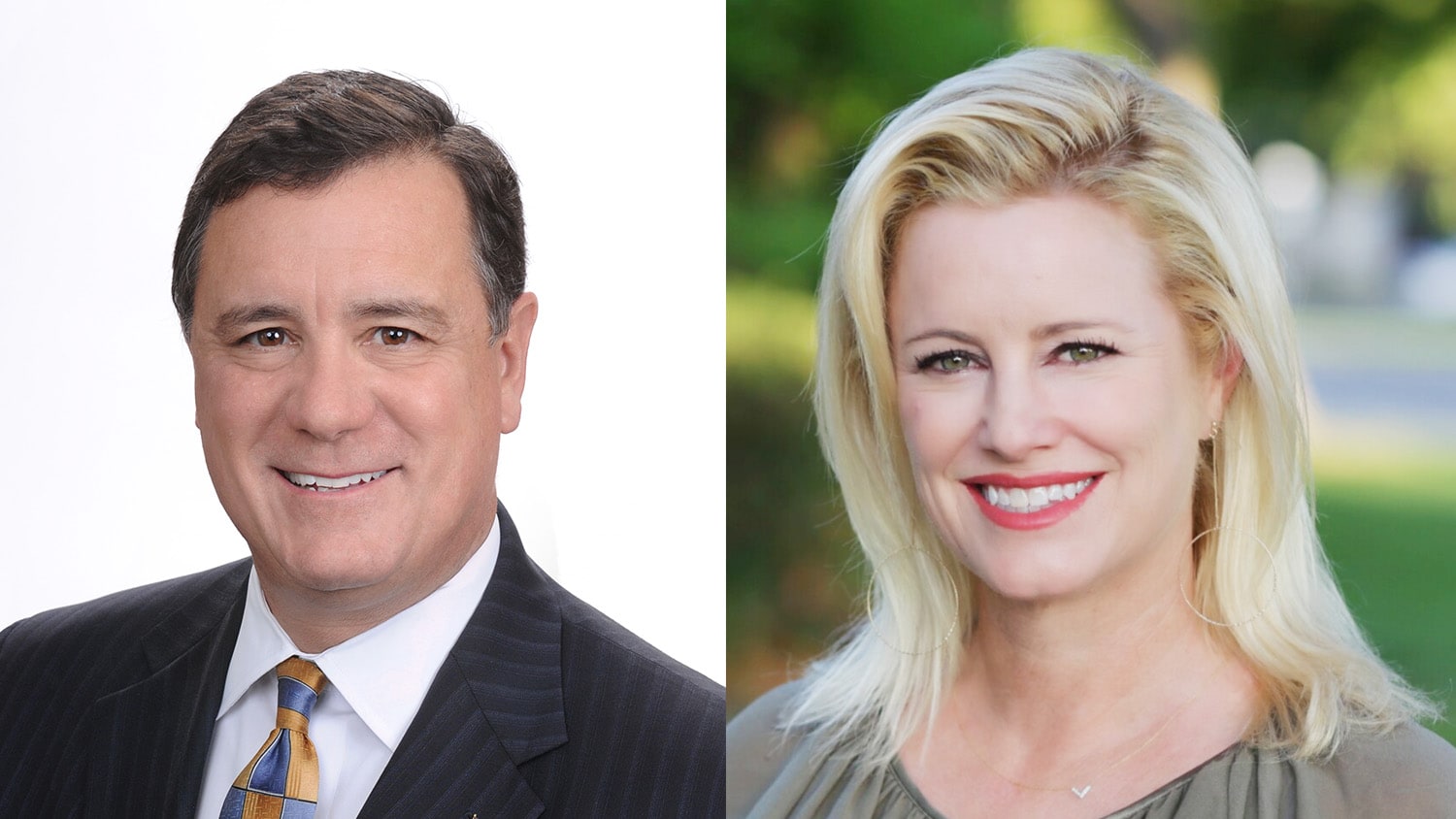 Unlike the 1st District supervisor race, the 3rd District race won’t proceed to a runoff election in November because only two candidates are running.

On Tuesday night, Wagner started with a 16-point lead over Aitken, which narrowed to just over an 8-point lead as of Wednesday’s update.

The full set of ballots in the race likely will not be counted until Friday, the last day mail-in ballots can arrive at the county elections office and still be counted.

Aitken, a former federal prosecutor and current member of the Orange County Fairgrounds board, ran on a campaign that new ideas are needed to take homeless people off the streets because the county hasn’t created enough new housing. Her father is Voice of OC’s board chairman, Wylie Aitken.

While the district remains Republican, Democrat voter registration has increased over the last several years, narrowing the Republicans’ advantage to just under 1%.

The race drew hundreds of thousands of campaign dollars on both sides. Wagner received more than $493,000 from the OC sheriff’s deputies’ union in ads supporting his campaign, far outpacing any other donors.

Aitken received over $200,000 from individual donors and labor unions, and was supported by $30,000 in advertising services from consultant John Shallman that were listed as a non-monetary donation to an independent expenditure committee that advocated for her.

Results are scheduled to be posted at 5 p.m daily, according to the OC Registrar of Voters.