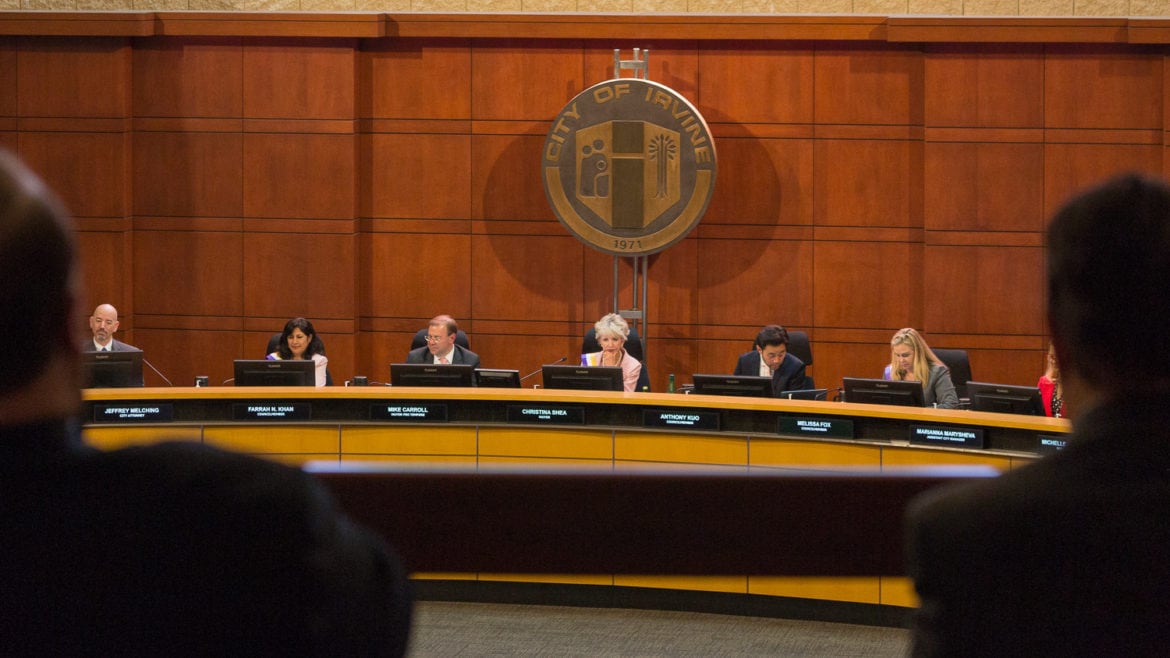 Jasmine Song was driving home from the grocery store in April when a man waiting at a crosswalk yelled through her rolled-down window, “You brought that virus here!”

“You hear about this happening in the news,” said Song, a Korean-American business owner and longtime Irvine resident. “But I couldn’t believe that it was happening right before my eyes.” Song was initially taken aback when the incident occurred but then was horrified at the ignorance surrounding the unprovoked comment.

Song is getting support from her hometown against such discriminatory acts. The Irvine City Council unanimously adopted a resolution in support of the city’s Asian American community against coronavirus-related discrimination during a late April meeting.

The resolution calls on law enforcement to work with state and federal law authorities to investigate and document credible COVID-19 related hate crimes and threats, as well as commits to collect and publicly report data on the virus-related bias.

The Orange County Board of Supervisors passed a resolution to express solidarity with the Asian and Asian American populations after Asian Americans in Action, a volunteer organization that advocates for progressive policies for Asian Americans and Pacific Islanders in Orange County, issued a press release condemning xenophobic attacks. Other counties and cities in California, including Garden Grove and Santa Clara County, have also passed resolutions denouncing xenophobia.

The pandemic-related anti-Asian sentiment is not just occurring in California, and many fear that xenophobia and racism are becoming more commonplace on a national scale.

The STOP AAPI (Asian Americans and Pacific Islanders) HATE reporting center received “almost 1,500 reports of verbal harassment, shunning, and physical assaults” from Asian Americans across the country in one month since its official launch on March 19, according to its website.  The reporting center was founded by the Asian Pacific Policy and Planning Council, Chinese for Affirmative Action and San Francisco State University’s Asian American Studies Department.

“We’re seeing an increase in anti-Asian hate crime and hate incidents relating to long-standing racism directed toward Asians in the United States, and so with COVID-19 we see in varying ways a stoking of this old flame of bigotry,” Simi said.

Irvine’s resolution states that over 42.5% of the city’s population is of Asian descent.

“We have seen an increase in incidents targeting our Asian and Asian American communities from the national to the local level,” Khan said. “COVID-19 is caused by a virus, not by race or ethnicity.”

“We are reaching out to our community partners, schools, and Asian American and Pacific Islander community agencies to help us spread the word and encourage reporting of hate crimes and incidents to OC Human Relations,” Sanchez said.

Many residents voiced their support for Irvine’s resolution via e-comment during the April City Council meeting.

“[I] direct the academic support program ELEVATE AAPI at IVC,” Tiongson said. “This program supports all students, especially the Asian Pacific Islander community…With over 33% of students with Asian descent… we stand in support of this resolution to end xenophobia and hate.”