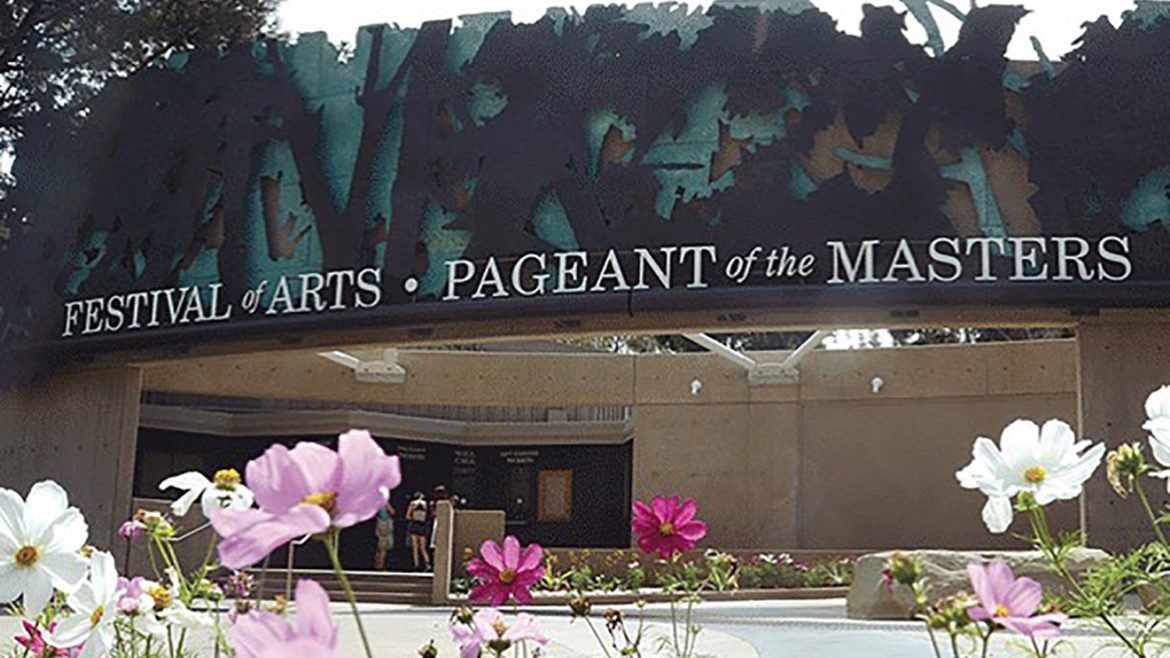 Courtesy of the Festival of Arts

The front entrance to the Festival of Arts and Pageant of the Masters.

Laguna Beach has a century-long reputation as a city where the arts thrive. The Laguna Playhouse, founded in 1920, is one of California’s oldest theaters, and Laguna’s summer arts activities, including the Pageant of the Masters, have been drawing large crowds since the early 1930s.

This summer will be different. Laguna’s Festival of Arts announced Monday that the annual Fine Art Show and the popular Pageant of the Masters will be cancelled for the 2020 summer season.

“This decision comes amid official stay-at-home and social distancing orders, and Governor Newsom’s announcement of a phased reopening plan for California,” the Festival announced in a press release. “Per state, federal, and local guidelines surrounding the COVID-19 pandemic the likelihood of mass gatherings this summer, such as the crowds attracted to the Festival of Arts each year, is not plausible.”

“We were hopeful and tried our best to open our doors this summer, but sadly our shows have become another victim of COVID-19,” said David Perry, Festival of Arts board president. “The decision to cancel our shows was not taken lightly. But given these unprecedented times, we believe it is the right thing to do.”

Festival officials emphasized the move was a postponement only. The Pageant of the Masters’ show, whose theme this year is “Made in America,” is now scheduled for the summer of 2021. Artists whose works were accepted for this year’s Festival of Arts Fine Art Show have been assured they will be granted a place in the 2021 exhibit.

And Festival officials are trying to arrange for some art to be shown online. “The Festival of Arts team is exploring the possibility of a virtual art exhibit that could be available later this summer, as well as other art initiatives,” the press release said. Details will be announced on the Festival’s website  – foapom.com – and on social media when available.

Refunds will be offered to all Pageant ticket holders. Those who choose to donate their tickets to the organization receive a tax benefit and will be entered into a drawing for a walk-on role in the 2021 Pageant.