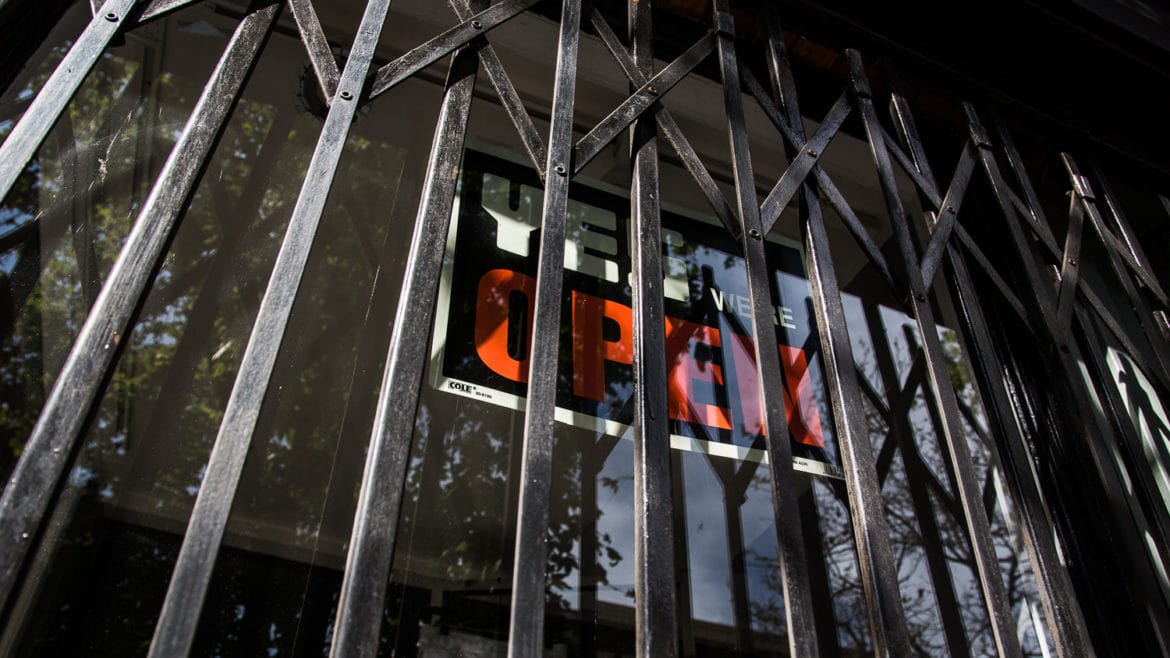 Orange County officials said they’re taking a light-handed approach to enforcing state health orders that shutdown scores of businesses throughout the state after questions surfaced over the past two weeks.

“We do know that there are a very small number of businesses that appeared to have opened early in comparison to the state’s guidelines and orders,” County CEO Frank Kim said during Monday’s news conference.

“We are taking the approach of education. Informing them about our Orange County business guidelines document,” he said.

The guidelines were adopted late April by OC Supervisors, which created some confusion about whether businesses could start reopening or not. The guidelines direct businesses to follow all state and county health orders.

Gov. Gavin Newsom began relaxing some of his stay home order Friday to allow for small retailers like florists, book stores, toy stores and other niche shops to begin reopening — along with the production and transportation industry that supports the industries.

“Over 70 percent of the economy in the state of California is open, with modifications,” Newsom said at his Monday news conference.

State officials are encouraging businesses to do curb-side pick up and limit the number of people allowed in shops in efforts to prevent a big spike in the novel coronavirus cases.

In Orange County, the virus has now killed 76 people out of 3,557 confirmed cases, according to updated County numbers released Monday. There are 196 people hospitalized, with 77 people in intensive care units. So far, there have been 52,982 tests conducted throughout the county, which is home to over 3.1 million people.

Since the start of the pandemic, OC Health Officer Nichole Quick has said she expects the case count to keep climbing as county officials are ramping up testing efforts.

She also said numbers will go up as people get back to work.

“I do want everybody to be well aware that as we lessen up any of the amount of the stay at home order or put people back to work, we do expect to see new cases,” Quick said Monday.

Nomad’s Canteen became a flashpoint of resistance to Newsom’s stay home orders when it opened its doors for businesses at the start of the month. The Governor’s orders ban dine-in restaurants, bars, nightclubs, dance halls, convention centers and sports arenas from doing business during the pandemic.

“It’s not a desire from the county to make businesses suffer already more than what they’re dealing with. It’s an incredible hardship for the employees and businesses,” Kim said. “I believe it’s necessary, but it’s very difficult to comply with.”

Meanwhile, Tesla, a car manufacturer, opened its production plant doors Monday, defying Alameda County’s orders. Alameda County officials said they were a few days away from having some type of regulation in place that would’ve allowed Tesla to open up, according to The Mercury News.

“Tesla is restarting production today against Alameda County rules. I will be on the line with everyone else. If anyone is arrested, I ask that it only be me,” Musk Tweeted Monday.

Newsom was asked at his Monday press conference whether or not the state will step in.

The state began relaxing some of the orders that curtailed manufacturing and production last week, Newsom said. He added that counties, like Alameda, are able to enforce stricter rules governing businesses.

“Again, its county-lead enforcement in these cases,” Newsom told reporters Monday. “I imagine Alameda County health department would be the first to check in with.”

The business shutdowns from Newsom’s stay home order and the subsequent health orders devastated the state’s economy and produced an unprecedented number of unemployment claims.

Newsom said the Employment Development Department has paid out $13.1 billion in unemployment claims since March 13 to 4.5 million Californians. His orders went into effect March 19.

“Unemployment has skyrocketed in the state,” Newsom said.

Factoring in the unemployment claims, the state is facing an unemployment rate of over 20 percent. A precise number is difficult to determine without additional data because some people who lost hours are able to file for unemployment pay to help backfill lost wages.

The Governor said one out of four working Californians could be unemployed soon.