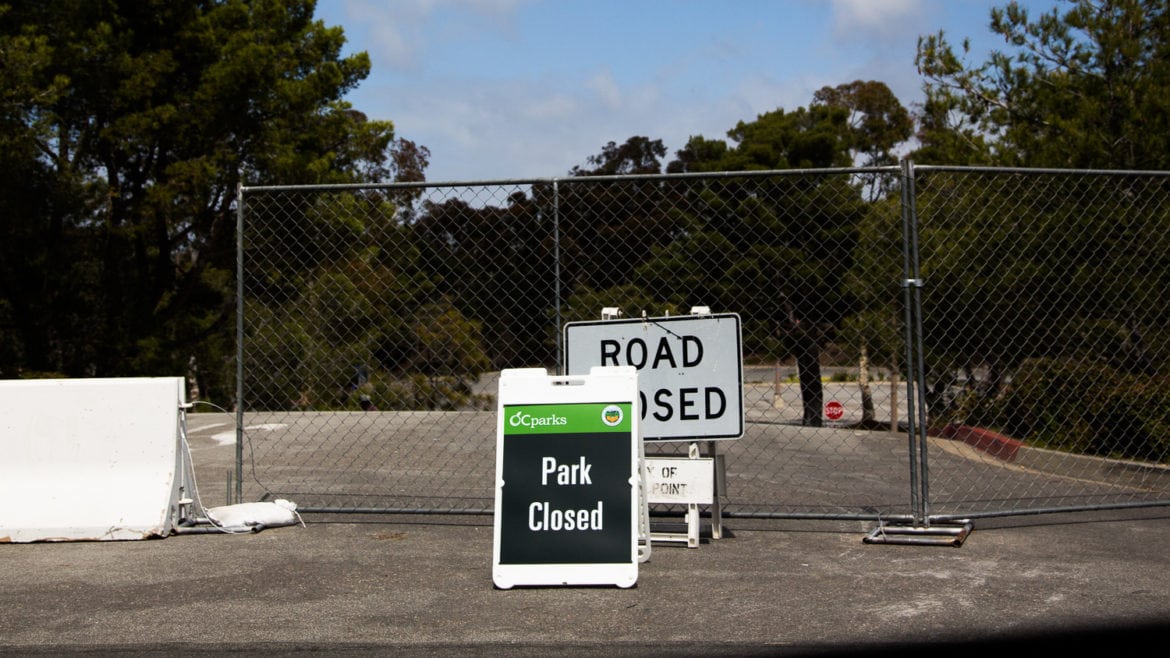 The parking lots were shut down during the start of the novel coronavirus pandemic nearly two months ago in an effort to help slow the spread of the virus so hospitals weren’t flooded with patients.

As of Wednesday, the virus has killed 80 people out of 3,749 confirmed cases in OC, according to OC’s updated count. There were also 248 people hospitalized in the county, with 98 in intensive care units. A little over 57,000 people have been tested for the virus in a county that’s home to over 3.1 million people.

“We’ve got all of our parking lots in our parks closed,” Supervisor Don Wagner said during Tuesday’s board meeting. “We were keeping them closed so we could keep people home.”

“Can we start reopening our parking lots? Because I’m getting calls from some of my cities asking me to do it,” Wagner asked County CEO Frank Kim.

Kim replied, “I think the answer is yes … from a County perspective, particularly our urban parks … we see no particular reason why we shouldn’t open those parking lots.”

Gov. Gavin Newsom closed only Orange County’s beaches April 30, after he saw photographs of Newport Beach. The beaches have since reopened, but only for exercise — no throwing out a towel, laying next to a cooler and sunbathing.

“Why not beaches because now it’s active recreation. They cannot even sit down on the beaches, they have to walk or they have to run,” Steel said.

“Because one of the things we have talked about is the inherent limit on the number of people who can come to the beaches and we saw things that troubled the governor because of some telephoto lens photographs,” said Wagner, adding the closed beach parking lots helps limit the number of people on the OC coastline.

At the center of the beach closure debate are news photographs from late April, depicting packed beaches in Newport Beach. The photographs came under scrutiny by city and county officials.

Newport Beach officials insist that the photos were misleading and that city officials were enforcing social distancing on the beach. News outlets, like the Orange County Register, have stood behind the accuracy and fairness of the photographs.

“Virtually all of the cities in my district — San Clemente, Dana Point, Laguna Beach — they know the impacts to their cities and they don’t want the parking lots opened at this point, for health reasons,” Bartlett said.

“I wonder what it would take for the Governor to approve for a partial opening of our lots,” Chaffee said.

In a Wednesday interview, Wagner said he hopes to get the parking lots at OC’s regional parks opened by this weekend.

“Staff is looking at how to roll it out,” Wagner said. “I’d like to get it by this weekend.”

He also clarified that the parks haven’t been closed.

“The parks haven’t been closed. The only thing that’s been closed are the parking lots themselves. So the uses we’ve been putting our parks to in the past, can remain,” Wagner said.

In a Wednesday afternoon County news release, Supervisor Andrew Do said the parking lot reopening will provide more park access for all residents.

“Many Orange County residents do not live within walking distance of a park, especially our seniors and disabled residents,” Do said. “Now all residents have the opportunity to access County parks while adhering to social distancing guidelines.”

The parks won’t be having community events like concerts anytime soon. OC Parks staff is encouraging people to maintain the CDC-recommended six-foot physical distance from other people while they’re at the parks.

“The County has over 60,000 acres of parks and open space,” Chaffee said in the news release. “Families can now safely enjoy the fresh air at one of the County’s many regional and wilderness parks.”

Digital Editor Sonya Quick contributed to this story. You can reach her at squick@voiceofoc.org or on Twitter @sonyanews.