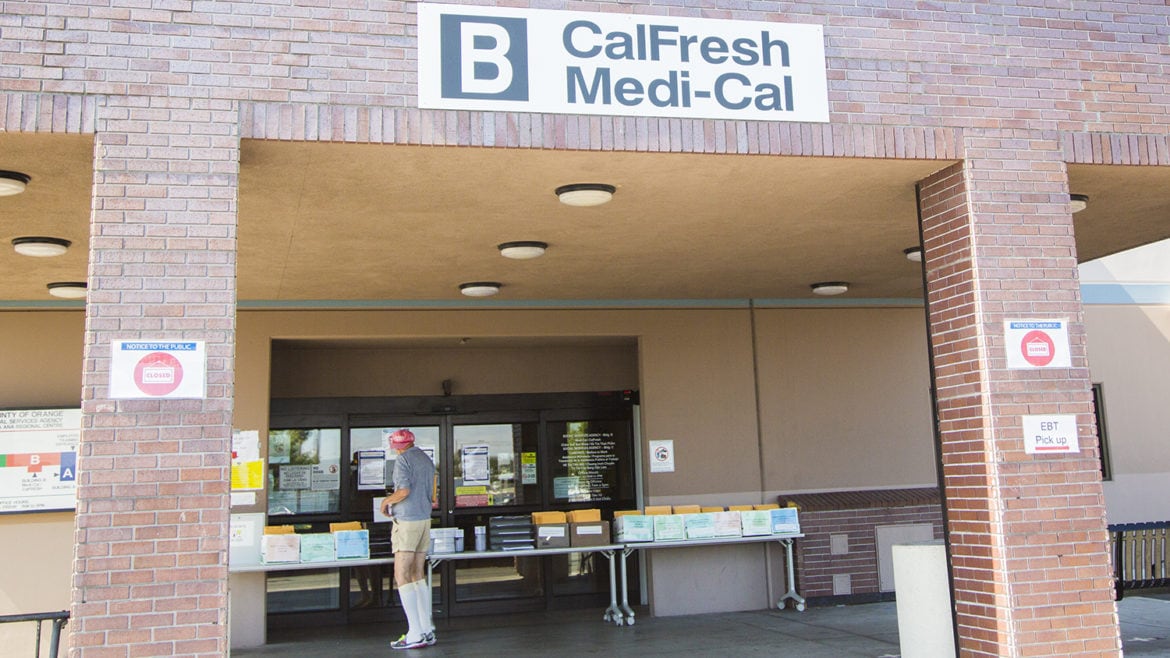 Orange County officials have released their new budget plan to fill a massive financial hole from the pandemic, which calls for cutting $50 million from what departments say is needed to continue their existing services.

County officials released their recommended budget last week ahead of their Sept. 1 budget hearing, and told Voice of OC different departments are being affected in different ways, though no layoffs are currently planned.

The Health Care Agency, for example, has no cuts as its staff battles the pandemic, while the Sheriff’s Department and District Attorney’s Office – which have seen large cost escalations in recent years – are getting $34 million less than those departments say is needed to keep providing their current levels of service.

At the same time, county supervisors can change the budget later in the fiscal year, and in recent years have approved tens of millions in cost overruns at the Sheriff’s Department, including by pulling millions from Health Care Agency funds.

Unlike past years, the county did not hold a media briefing to answer questions about the proposed budget, and did not make budget officials available for an interview.

Asked what the impact is of the $50 million underfunding of departments, a county spokeswoman said in a written statement that the county budget office focused on ensuring there’s funding for all current employees, and that the budget could be changed a few months from now.

“The Budget Office will continue to monitor the state and federal revenue throughout the year and will assess all budgets in January to determine if any mid-year adjustments are needed,” said spokeswoman Molly Nichelson.

County officials anticipate losing more than $145 million in revenues this fiscal year, mainly from plummeting sales taxes as in-person retail shopping takes a hit during the pandemic. The Social Services Agency and Sheriff’s Department face the steepest losses to their revenue streams, since they’re based largely on sales taxes.

County officials and labor groups said there’s no layoffs or mandatory furloughs in the recommended budget, which funds all current employees.

That’s helped in part by an estimated $43 million in savings from a new program that has incentivized hundreds of county employees to retire early or leave their jobs. And the proposed budget calls for drawing $6.5 million in reserves this fiscal year.

“Public servants, including County workers, have stood tall and made us all proud of the professionalism and commitment they have shown to the residents of Orange County,” said Charles “CB” Barfield, general manager of the Orange County Employees Association, which represents about two-thirds of the county’s employees, in a written statement.

“When the financial fallout of this pandemic ​began to appear, ​OCEA demanded that the County ​refuse to balance ​its budget on the backs of ​County workers. The ​County responded. Today, we have a County budget which is balanced without using any of the savings ​from the County’s voluntary incentive program and ​only minimal reserves,” he added.

“Today, every ​filled County​ position is also ​a ​fully–funded ​position. The County’s response, along with County worker commitment, has ensured safety, security, and stability ​not just for OCEA members, ​but for our ​entire community.”

The biggest concern for the sheriff’s deputies’ union has been potential layoffs, which the county’s early retirement incentives have helped prevent, said Alexa Pratt, a spokeswoman for the Association of Orange County Deputy Sheriffs.

As far as the union knows, the $10 million cuts Sheriff Don Barnes has already made are the entirety of cuts for the Sheriff’s Department, she said.

Barnes has said the savings came from shrinking the number of commander positions and eliminating sheriff positions at federal task forces on terrorism and child exploitation.

Sheriff officials have not decided to make any more cuts at this point, spokeswoman Carrie Braun told Voice of OC on Friday.

“I recognize that the County is facing a difficult financial situation due to decline in revenues,” Barnes said in a statement forwarded by Braun.

“My department is doing its part to make reductions where possible, including the elimination of executive positions.  I am confident that the Board will ensure law enforcement is funded sufficiently to carry out our mission.  Public safety must remain a priority.”

District Attorney Todd Spitzer’s spokeswoman said she wasn’t be able to answer questions Friday about the DA’s budget impacts, due to a court hearing in Sacramento in the Golden State Killer case.

To help with the financial hit, county CEO Frank Kim said he put in place a hiring freeze in the early days of the pandemic in March, which applies to all jobs except those needed to respond to the pandemic.

County officials previously estimated their financial losses at over $200 million this fiscal year from sales tax revenue alone. In the last fiscal year, which ended June 30, the county drew $30 million from its more than $500 million in reserves to balance the budget.

County officials plan on using about $453 million of their federal CARES Act stimulus money to cover new county expenses related to the coronavirus response. But that money can’t be used for the revenue losses because the CARES Act doesn’t allow for backfilling lost revenue, county CEO Frank Kim has said previously.

Amid the pandemic, county officials pushed back their annual budget process by three months and instead passed a large status-quo holdover budget that took effect July 1, the official start of the new fiscal year.

The annual budget hearing was pushed to Sept. 1, with a final approval scheduled for Sept. 15. Members of the public have the right under state law to publicly address the supervisors at the hearing and final vote.