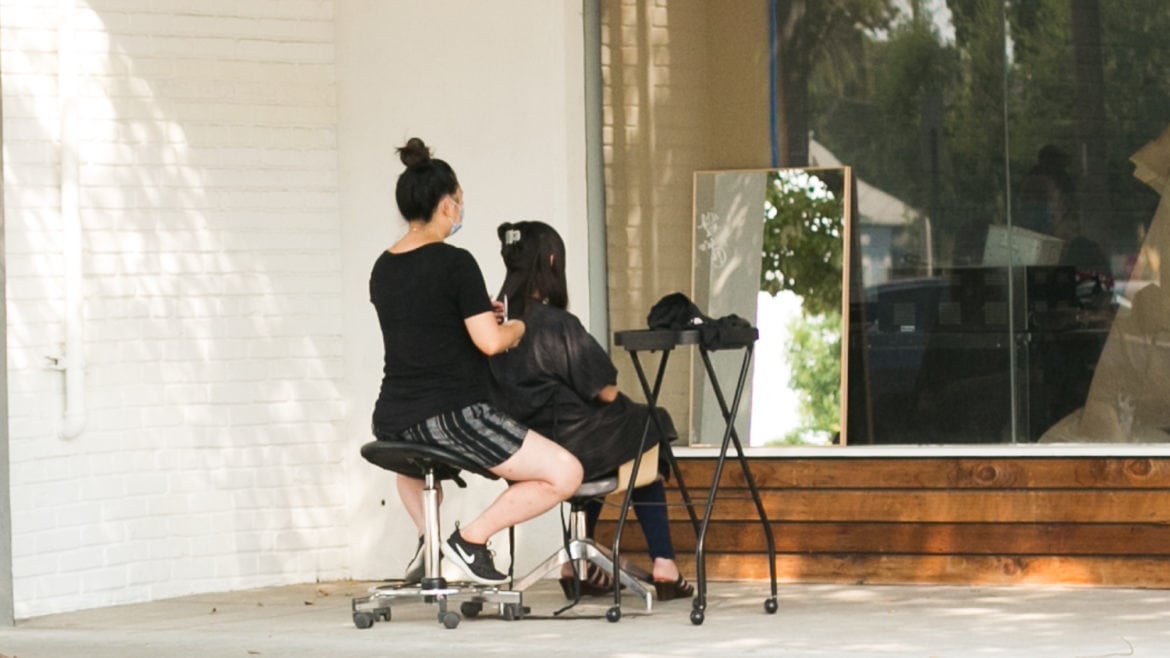 Bars and nightclubs are closed indefinitely

Most retailers, along with small businesses, can remain open under the new guidelines, which limit the number of people indoors at 25 percent capacity at one time.

State health officials unveiled the new guidelines, which are broken down into four tiers.

OC is basically back on the old state watchlist because it’s considered Tier One under the new guidelines.

“The purple level … is what commonly referred to in the past as the old monitoring list, the watch list,” Newsom said at a Friday news conference.

It will be at least two weeks before the county can be considered for moving from Tier One to Tier Two under the new guidelines.

“If a county is initially assigned to Purple Tier 1 and has met the criteria for a less restrictive tier the prior week, the county only needs to meet the criteria for a less restrictive tier for one more week to move to the Red Tier 2,” reads the guidelines. “For the September 8, 2020 assignment, a county does not need to remain in the Purple Tier 1 for three weeks”

That means the earliest more businesses can reopen would be mid-September.

“So we’re going to continue to use this 21-day, this three week standard,” said Secretary of the state Department of Health and Human Services Dr. Mark Ghaly at the news conference.

“That might mean that a county spends three, four, five weeks, maybe longer, depending on how transmission occurs in a specific tier,” Ghaly said.

The guidelines come after the county was removed from the state’s old coronavirus watchlist Sunday after being on the list since late June.

Many businesses — like restaurants and barbers — have been able to move their operations outside, if they have the space to do it.

The rest of the business closures from July remain, including bars and nightclubs.

“We’re going to be more stubborn this time and have a mandatory wait time between the moves,” Newsom said.

Numerous public health experts, including state and county health officials, attributed the spike in cases from June and July to the sudden reopening of restaurants beginning Memorial Day weekend.

The state’s virus website has been updated and people can search what specifically is allowed to open within their counties.

Many residents have contacted Voice of OC, questioning whether the Health Care Agency is artificially lowering the rates of newly infected people per 100,000 residents — a key metric to get off and stay off the watchlist.

Agency officials stand by their numbers and say they are using the state’s metrics correctly.

“I know we’ve gotten a lot of questions from the media and the public around this whole calculation issue,” OC health officer Dr. Clayton Chau said at a Thursday news conference.

“We don’t do our calculation, we use the number from the state,” Chau said.

Now, the state is using new calculations to monitor how the virus is spreading in counties.

“New cases that are more than seven per 100,000, by the way that’s the daily case rate, it works out to be the same as the old case rate … More than 8 perent (positivity rate), you would be on that purple list,” Newsom said.

“The counties that start in the higher tiers … have to be in that tier with criteria in that tier for at least two weeks.”

Ghaly said the new data collecting methods will paint a more accurate picture of virus spread in the counties.

“Looking at daily case rates, rather than just over 14 days. Looking at those as a seven-day average. And introducing something that we call a seven-day lag which gives us another bit of time to wait for the data to come back, so test results that might not come in right away — we’re giving ourselves another seven days to be able to have all that information come in,” Ghaly said.

“That gives us a degree of confidence working with our county partners that those will be increasingly reliable numbers,” he said.

Since the pandemic began in march, the virus has killed 956 people out of 47,782 confirmed cases in OC, according to the county Health Care Agency.

As of Friday, 351 were hospitalized with the virus, including 98 in intensive care units.

Just over 624,000 tests have been conducted throughout the county, which is home to roughly 3.2 million people.

“We’re stringent, but we will be more steady in our approach to moving counties within tiers,” Newsom said. “Every week we’ll continue to assess and update the epi-criteria, the epi-data.”