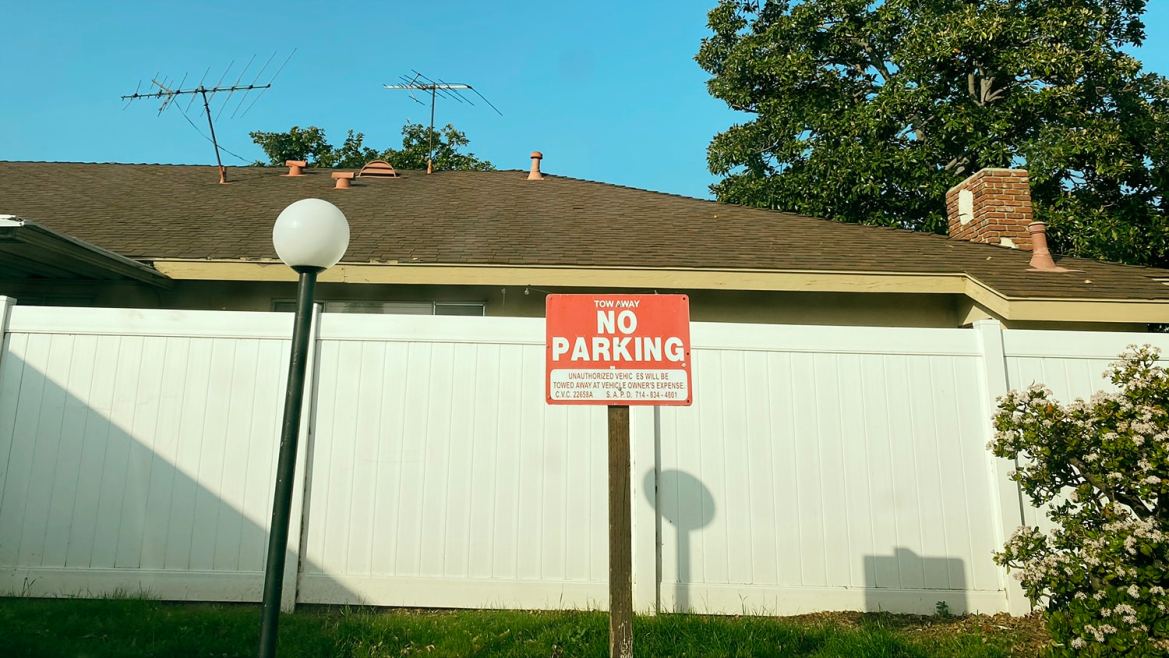 Santa Ana's parking problem is so bad for the Hillview Regency condominium complex, that residents there have banded together to get more parking space from the city one way or another.

After long hours at work, many people in Santa Ana and other densely populated central Orange County areas can spend hours driving around their neighborhoods in search of parking spaces that won’t get them ticketed or towed.

The problem is so bad for north Santa Ana’s Hillview Regency condominium complex, that residents there have banded together to get more parking space from the city one way or another, including seeking a change to the city’s street parking restrictions in the area.

The number of families living in this 120-unit complex, originally marketed to retirees, has over the years outpaced the amount of parking made available to residents on site, said condo resident and father of one, Fernando Delgado.

At the same time, some of the complex’s neighboring single-family households have become deeply frustrated with the amount of condo residents who are forced to find street parking outside their homes.

So much so, that condo residents like Sonia Ruiz, a mother of two, have noticed more and more permit-only parking signs popping up in the adjacent neighborhoods.

Neighborhoods can apply for such parking restrictions on a certain area of the city, and in many cases only single-family home owners are eligible for exemption permits, according to the city.

For Ruiz — who like all her fellow condo residents is ineligible for such a permit — the cost of parking citations in the area has stacked up to about $800 over the last year.

“To a certain extent, being local taxpayers, it seems discriminatory to prevent us from being able to utilize the streets that we’re also paying to maintain,” she said.

Winston Covington is one homeowner in the surrounding neighborhood, and co-chair of the Meredith Parkwood and Portola Park homeowners’ associations. He claims motorists over the years would block neighboring streets’ driveways, leave trash, and make noise during the day and night.

“People were not as courteous as we would like,” he maintained, adding it pushed many in his area to pursue the parking restrictions.

Now, many condo residents say they’re forced to find parking multiple blocks away — sometimes as far as a mile — from their homes, posing safety risks to vehicles and their owners, who often must walk back home late at night, lest they get a citation or their vehicle towed.

Luisa Ruiz, one condo resident and waitress pursuing a law enforcement career, said she parks as far as half a mile away from the complex and, as a woman, worries about the dangers of walking home alone. 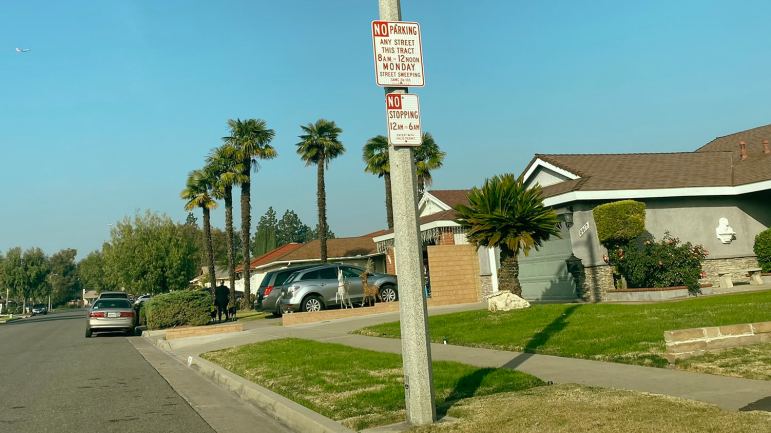 Many condo residents say the surrounding neighborhood’s parking restrictions have forced them to find parking multiple blocks away — sometimes as far as a mile — from their homes.

“I literally got followed trying to park my car at 8 p.m. one night. I was followed by a truck, and noticed it was trailing me for really a long time,” she said.

Luisa Ruiz recalled another night when her brother got locked out of his car and received help from a passing car that offered up what she said looked like common break-in tools: “It gets scary, having to park so far.”

Delgado said he and his fellow condo residents are trying to get the city to amend a resolution establishing parking permit restrictions in the area by, for instance, making Hillview Regency residents eligible to purchase the permits.

He also said he and fellow condo residents have circulated letters — and gone door-to-door — to tell the single-family homeowners who the people parked in front of their houses are.

But he said allowing the condo residents to have parking permits “would be a very difficult situation as far as feedback I received from single-family homeowners.”

“I have heard story after story, complaint after complaint,” he said. “Not all of them are coming from Sherry Lane (the street of the condo complex), but a lot of them are, and they have really ticked off a lot of the neighborhood over the years.”

Delgado noted that many residents in the condos are working families who own their units and therefore pay property taxes, thus they should have equal rights to the streets.

“Our complex — it wasn’t designed to host the families it does. It was built in the 1960s and meant for retirees. We now have large families living here,” he said.

If they can’t get the city to change the area’s parking restrictions, condo residents say they would consider legal action.

City officials didn’t provide comment for this story on Tuesday.

Covington suggests an alternative solution — for condo residents to strike agreements with owners of nearby office complexes with parking lots that become vacant during the evening.

Delgado said that idea raises cost and security concerns, and residents’ homeowners association fees are high enough as it is, but that it could be a next step if their efforts with the city aren’t successful.

“We’re their neighbors — it’s a father trying to get home to his two kids and wife, with nowhere  to park,” Sonia Ruiz said. “We’re not creeps moving in and out. We’re not these strangers parking in front of your house.”

Santa Ana Councilwoman Jessie Lopez, whose district straddles the condominium complex, campaigned for her seat last year on issues of parking availability in her area.

She said much needs to be done by Santa Ana officials about parking citywide, including something she has especially advocated for: A comprehensive citywide parking study.

Lopez also said she understands the frustration of both the condo residents and surrounding single-family homeowners.

“Throughout my campaign, I heard — from all over the city — the concern that when unknown vehicles park in front of homes, there’s often debris or trash left over,” she said.

But she added this is no longer a quality of life issue regarding the condos.

“It’s a public safety issue. And speaking with residents of that condominium community, I’m very much concerned for their safety. Somebody told me they never would have purchased here if they knew how the parking was.”

Still, Lopez said she’s hopeful for some type of resolution.