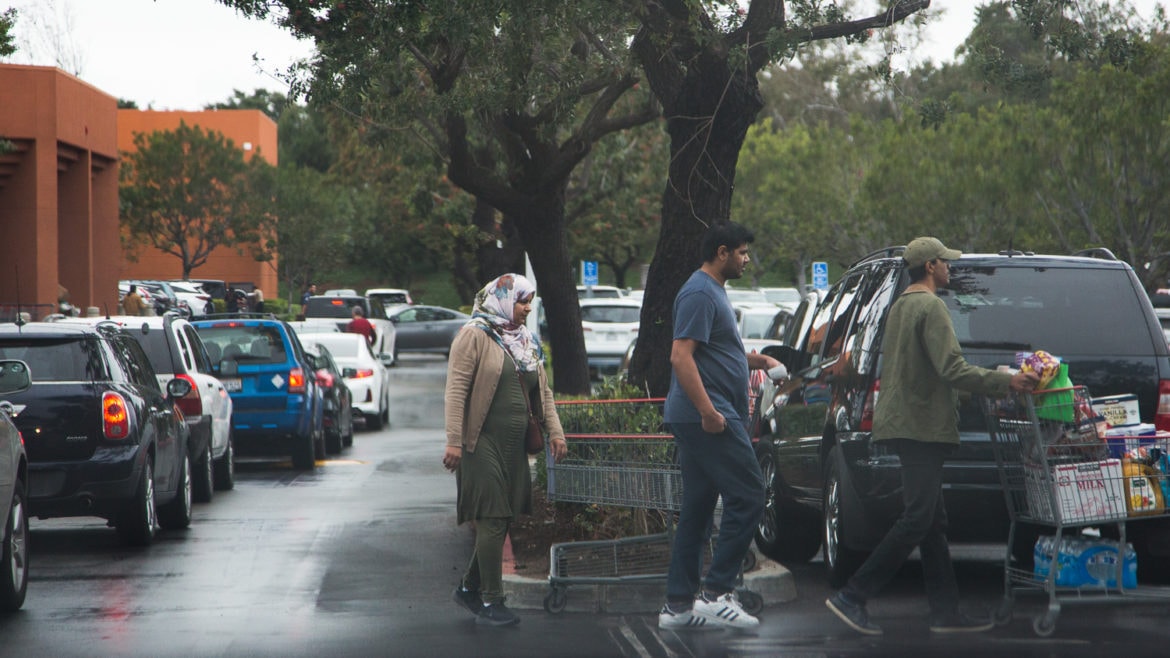 Irvine could be the first city in Orange County to approve mandated hazard pay for grocery workers at their upcoming meeting Tuesday night after widespread discussion on the issue across Orange County.

If approved, all grocery outlets in the city with over 85,000 square feet would be required to give workers a $4 an hour pay increase for the next 120 days. The ordinance also says stores cannot cut down hours or otherwise harm workers to make up the difference.

Mayor Farrah Khan proposed the item in a supplemental agenda released this week. As mayor, Khan is the only council member capable of adding an item to the agenda on her own.

“Millions of these workers nationwide have had to face new hazards in jobs not previously considered dangerous,” Khan said in a letter to the council. “It is crucial that we support frontline grocery and drug retail workers with hazard pay.”

Similar discussions in the cities of Santa Ana and Costa Mesa have largely stalled amid concerns that legal action could be brought against cities that approve the measure. Long Beach city council members approved a hazard pay measure and were sued by the California Grocers Association the following day in federal court.

“Rather than provide the hazard pay these grocery workers have earned and deserve, Kroger decided to threaten these workers and the community’s access to food in the middle of a public health crisis,” the union said in a press release on their website.

It remains unclear whether Irvine will be the first to join the effort in Orange County. Councilman Larry Agran voiced his support for the proposal in a phone call with Voice of OC on Friday afternoon.

“It seems only fair and right that those who are working at difficult jobs under truly hazardous conditions should be not just recognized and thanked but compensated appropriately,” Agran said.

Councilwoman Tammy Kim said she was still waiting to hear Tuesday night’s discussion before she made any final decision, but that she understood and supported the idea behind aiding frontline workers.

“They’ve become frontline workers. When they first got a job at Ralphs they weren’t thinking about being frontline workers,” Kim said. “But I’m also understanding the overall implications to our residents and what that means. I am following Long Beach very closely and what is happening there.”

Councilmen Anthony Kuo and Mike Carroll did not respond to requests for comment on Friday evening.