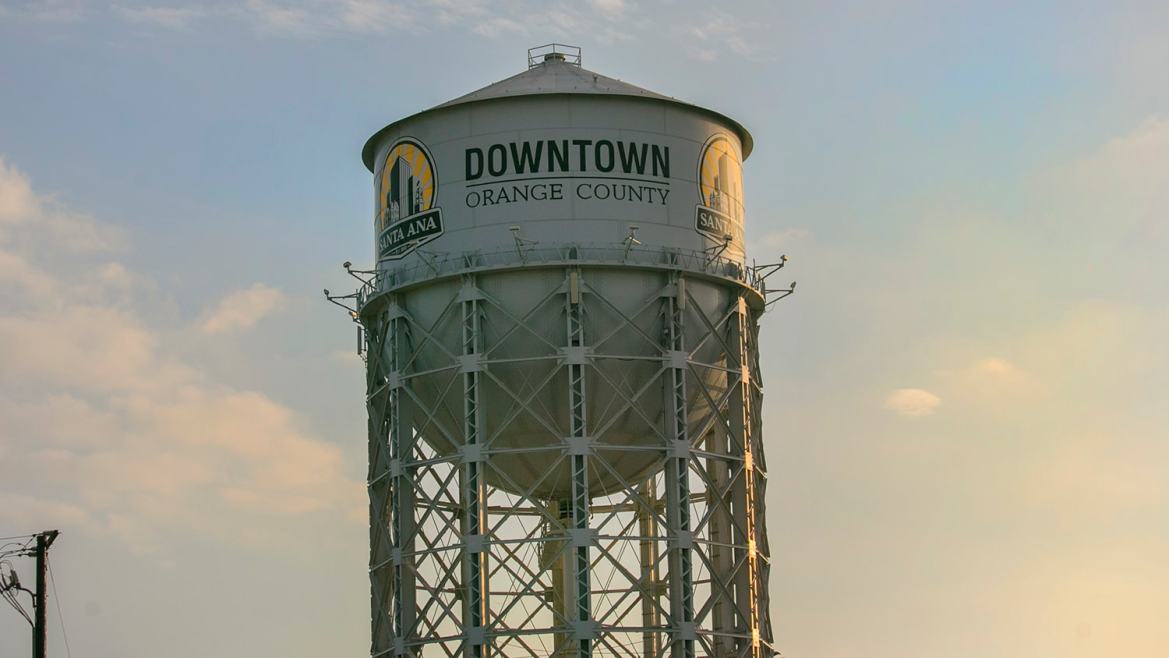 Santa Ana officials are facing questions over how they allowed an outdoor flea market with apparently large crowds to happen downtown this past weekend — in a predominantly Latino city that’s been especially ravaged by the Coronavirus pandemic.

Officials say the event was technically permitted under a special local emergency order they issued last year, which allows outdoor businesses to operate on sidewalks and parking spots while being mindful of Covid-19 safety measures.

Now some wonder whether tweaks to that policy are necessary, since it effectively opened the door for what some said was serious overcrowding this past Saturday in a city where the virus has killed nearly 600 residents over the course of the pandemic.

Councilman Johnathan Hernandez, reacting to Saturday’s event on Monday, said something about the order and the city’s approach to outdoor business regulation needs to change: “Council member (Jessie) Lopez and I talked about it and we’re on the same page.”

Hernandez said what exactly will be done will become clearer in the next couple of days.

The Feb. 6 gathering was publicized as a showcase for small businesses and vendors by the event’s private organizer, Patches and Pins Expo.

The group didn’t respond to requests for comment through Instagram, Facebook, or over email, but apparently has more events planned in the city with masks being “mandatory.”

Outdoor gatherings are deemed relatively safer than indoor gatherings when taking all necessary precautions to avoid Covid-19 transmission — up to a point. Epidemiologists agree that the larger the outdoor gathering is, the higher the risk.

“While nothing is definite, the risk of transmission and infection in outdoor settings is very small,” said Dr. Sanghyuk Shin, who leads the University of California, Irvine’s Infectious Disease Science Initiative.

Shin added that “while the risk is relatively low, it’s probably not zero. If you have a massive number of people gathering together, even the low risk on a population level becomes sizable.”

The Feb. 6 event downtown drew scorn from a rising tide of frustrated local residents online in the days following — from downtown business representatives and store owners, to some city officials and residents.

Despite the pressures on small businesses to stay afloat, many question whether it’s the right time to gather large crowds in downtown Santa Ana as well as the impact of crowds on existing nearby brick and mortar businesses.

“We’re in a pandemic. I believe in small businesses and know that they’re hurting, but there’s no reason to hold events like this right now,” said Delilah Snell, owner of the Alta Baja Market in downtown.

Snell said the event and crowds alarmed her customers and forced her to close two hours early.

“The City of Santa Ana is being hit so hard by Covid-19, and for them to allow something like this is so disappointing,” Snell said. “It makes this whole community look horrible — careless. It’s just really sad. Now is not the time.”

“There are ways to support small businesses virtually and (from) distances as I have been doing for the last 11 months. This was a free for all,” said Santa Ana resident and writer David Lopez on his Instagram story on Monday.

He was responding to images of the event being circulated on social media, showing large numbers of people close together in crowds.

Reached for comment Monday, city spokesman Paul Eakins said nobody in the city issued a permit for the event but that the city “does allow for outdoor retail and dining under the City Manager’s order.”

That order was issued on May 28 last year and updated on Aug. 11 to include hair salons and barbers.

“It is our understanding that the businesses that operated outside on sidewalks and street parking spots on Saturday did so under the City’s new outdoor dining and retail guidelines,” he said.

He added: “However, the City is looking into the matter to determine whether there were any violations of the local guidelines or state health guidelines related to COVID-19.”

Asked whether City Manager Kristine Ridge would look into amending that order in such a way that would restrict such events from happening, Eakins said in a text message: “I can’t say at this time. We are looking into the matter.”

“I’m not going to look toward allowing that to happen again,” Hernandez said on Monday, after telling Voice of OC he would see if Ridge could amend the order in some way.

“It’s a conversation that needs to happen with staff,” Councilwoman Jessie Lopez said, asked whether the order should be changed. “This is not a good look at all.”

Councilman David Penaloza said while the order did technically allow for outdoor business operations in that manner, what happened on Saturday was “just overboard.”

“On the city side, I think going forward we can be more strict on what’s exactly allowed,” he said. “People have been getting around needing a permit, and so far there’s been no controlling how many people show up, which is what we saw on Saturday.”

“The direction should be to support local businesses to continue to provide a service and generate revenue, while not trying to promote an event that’s going to draw unnecessary large crowds that will endanger people’s public health,” said Mayor Vicente Sarmiento.

Madeleine Spencer, executive director for the Downtown Business Improvement District which represents businesses in the area, called the event “absolutely not appropriate.”

Santa Ana officials have been vocal and highly active in their pandemic response strategies — setting up mobile testing sites, allocating government relief money to rental assistance funds, posing the idea of mandating hazard pay for grocery workers, and calling on the county and state to designate a vaccination site in the city.

“We as a city have been trying really hard to tell people to avoid crowds,” said Councilwoman Thai Viet Phan over the phone Monday. She said she didn’t know much about the event and only saw photos of the crowds on social media.

“I don’t know if those photos were necessarily representative of the event as a whole, but if they were, then it’s disappointing,” she said.