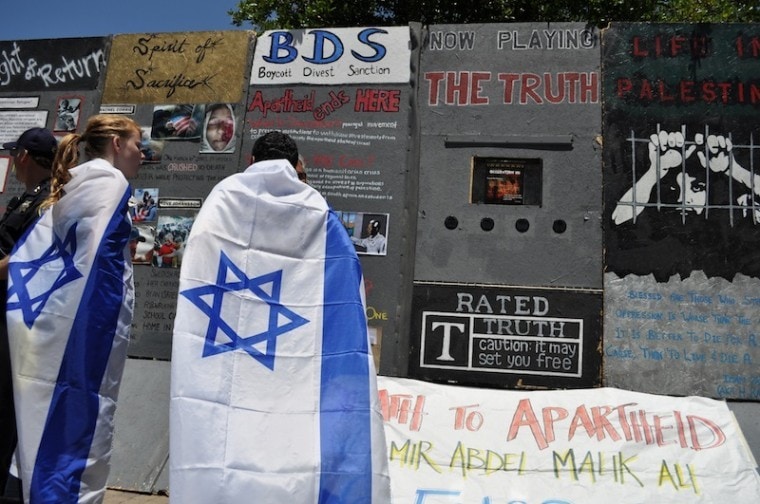 Wednesday, May 19, 2010 | The Orange County Human Relations Commission has found itself under more watchful eyes since it sent a letter to UC Irvine Chancellor Michael Drake, commending him on his handling of the protest of Israeli Ambassador Michael Oren’s February speech on campus.

Student protestors repeatedly disrupted Oren’s speech, which centered on U.S.-Israeli relations. He was interrupted more than 10 times, and at one point took a 20-minute break from speaking. Eleven students, now known as the “Irvine 11,” were arrested for their parts in the protest.

Following the speech, Jewish groups castigated Drake for not doing enough to quell the protests. The Zionist Organization of America called for a boycott of UCI.

The decision by the Human Relations Commission to write the March 12 letter came amid the onslaught of criticism directed at Drake, said the commission’s executive director, Rusty Kennedy. The letter, which outlined a point-by-point argument for the commendation, praised Drake for his “courage, consistency, resilience and high principles.”

But the letter and the commission’s subsequent involvement in the controversy raised a flag with County Supervisor John Moorlach and angered two prominent Muslim advocacy groups. And, according to Moorlach, at least one of the commissioners expressed apprehension over the commission’s response to the ensuing controversy.

“Boy, when you get into this arena, it can get really interesting,” Moorlach said.

Indeed. Though no Jewish groups criticized the commendation, the Council on American-Islamic Relations and the Muslim Public Affairs Council both came out against the letter, saying that the way it read, it was tantamount to the commission taking a side against the student protestors.

“Once the commission loses its neutrality, it loses its ability to mediate,” said Hussam Ayloush, the Southern California Executive Director of CAIR.

The advocacy groups wrote a joint response to Kennedy and commission Chairwoman Nadia Bettendorf. Among other things, the groups stated that the resolution was “extremely problematic” and that it “undermines ongoing hearings taking place between the eleven arrested students and university administrators.”

Kennedy and Bettendorf met with representatives of both groups, and Kennedy responded on behalf of the commission with a clarification that said the letter was written in the context of “withering attacks from community groups such as the Zionist Organization of America.” The clarification satisfied the groups’ concerns.

Moorlach said that he would consider keeping a closer eye on the commission given that it involved itself in a local manifestation of the complex Israeli-Arab conflict. Also, Moorlach said, Commissioner Amy Peikoff voiced concern about the commission’s handling of the controversy after the commendation letter was written.

Peikoff did not return numerous phone calls for comment.

This is not the first time the commission has stepped in when tensions surrounding the conflict have flared.

The commission’s involvement with mediating between Jewish and Muslim advocacy groups go back to 1985, when a bomb planted in the Santa Ana office of the American-Arab Anti-Discrimination Committee killed its director, Alex Odeh.

At the time, the FBI suspected that members of the Jewish Defense League had committed the attack.

The commission has been involved — at least indirectly — in mediating between Jewish and Muslim advocacy groups since then. It is able to pull the two groups together under quarterly hate crime meetings, and because both Muslims and Jews are at times targeted in hate crimes, the groups’ leaders find common ground, Kennedy said.

“We’ve always felt that was a small step forward toward building understanding,” he said.

When conflict flares up in the Middle East, tensions are often felt in Orange County, Ayloush said. The commission, he said, has been like a “big sister” organization and has been instrumental in playing the neutral mediator between Muslims and Jews.

“The commission has the ability — the neutrality — to bring us together and have dialogue,” Ayloush said.

The question of what should happen to the “Irvine 11” still lingers. According to the students’ attorney, civil rights lawyer Reem Salahi, the students face ongoing administrative hearings, though no criminal charges have been filed.

The commission has taken the stance that expelling the students from their schools — eight were UCI students and three were UC Riverside students — would be excessive, and they shouldn’t face criminal charges either, Kennedy said.

Meanwhile, some on both sides of the debate continue to criticize the chancellor.

Esther Renzer, international president of the pro-Israel group StandWithUs, said that Drake should clearly state that “hate and divisive speech” would not be tolerated on campus. Renzer also said those who wanted to attend the event should have agreed that they wouldn’t disturb Oren’s speech.

The Muslim Student Union maintains that Oren represents an “apartheid state” and should never have been invited in the first place, said Hadeer Soliman, spokeswoman for the group.

Despite such talk, Kennedy insists that tensions at UCI are not any higher than they have been for years.

“It’s not on everyone’s lips on a day-to-day basis,” Kennedy said.