Laurie Starkey, who has spearheaded a ballot initiative to change Brea's street sweeping ordinance, collects a signature from Joseph Covey at City Hall Park on a recent morning. (Photo by: Justin Velasco)

A loose band of residents has been collecting signatures over the past month for an initiative that would overturn Brea’s street sweeping resolution and another that aims to grant residents greater access to city documents.

Meanwhile, the Brea City Council might develop its own initiative on the parking issue within the next two weeks.

Laurie Starkey, who is heading up the effort to gather signatures for the Right to Park Act, said it would stop the city from ticketing residents for parking on city streets on street sweeping days.

Starkey said the law amounts to a tax that disproportionately affects families and households with short or non-existent driveways, especially because it does not permit hardship exemptions.

“It’s a matter of principle,” Starkey said. “It’s wrong, and it needs to be corrected.”

While California is famous for its ballot box legislating, resident-generated initiatives have been relatively rare in North Orange County. Staff members in the clerk’s offices of Anaheim, Tustin, Yorba Linda and Fullerton all said they had never heard of residents developing their own initiatives.

Councilman Marty Simonoff said the last time he could remember Brea residents bringing forth their own initiative was in 2000. He said the attempts this year initiatives reflect Brea’s close-knit nature.

“Brea has one junior high, one high school and one Little League,” Simonoff said. When an issue comes up, people talk about it, he said.

Starkey said she has been able to gather nearly 600 signatures in the month since she began the parking campaign, and she fully expects to gather enough signatures to qualify the initiative for the ballot.

“I have no doubt we will collect the signatures,” Starkey said. “I think people are realizing it’s in their power to make some change.”

However, Starkey concedes that collecting the signatures in time for the November election will be an uphill battle — it would require her and the other volunteers to gather an average of 55 signatures a day from now until the Aug. 6 deadline.

Starkey has a total of six months to collect the signatures, but if she does not meet the Aug. 6 deadline, the initiative would not be put before the voters until the next election cycle. “This is not our full-time job. We’re not paying anyone to collect signatures,” she said. “I just hope we won’t need to put it on the ballot.”

She might get her wish. The City Council seems to have taken notice of her efforts and has asked City Manager Tim O’Donnell to develop a plan that would grant hardship exemptions to some residents who need them.

Additonally, Simonoff, who voted against the street sweeping resolution last year, expressed concern about the timeline Starkey and her supporters are facing and asked the council to consider sponsoring the initiative.

“There are concerns many people in the public had with the way this ordinance was implemented,” Simonoff said. “I’m trying to be courteous to the 600 people who signed the petition.”

City Attorney Jim Markman is expected to bring the city’s version of the initiative to the next council meeting on July 20.

“We’re going to look at it fresh, but that doesn’t mean we won’t use what [the residents] have. They did a good job for laymen,” Markman said. “What the council does with it from there is anyone’s guess.”

The other proposed initiative, the Brea Open Governance Act, would force City Hall to be more transparent in its dealings and more responsive to the public, says its author, Glenn Vodhanel.

Among other changes, the initiative would require the clerk’s office to begin accepting public records requests by phone and e-mail, keep a log of all requests made, and issue a response to requests in two business days, a much shorter period than the 10 days allowed under the California Public Records Act.

The initiative would also prohibit the City Council from holding closed sessions when discussing performance reviews and salary increases for the city manager.

Bob Stern, president of the Center for Governmental Studies, said Brea should respond to public records requests by phone or e-mail but said it’s “perfectly acceptable” to hold closed discussions about the city manager’s performance.

Vodhanel, who has also assisted Starkey with the Right to Park Act, hopes his initiative will result in easier access to the city’s public records.

The acces, he said, can sometimes be difficult. “Once in a while you get a prompt response [from city staff], but it’s not the norm,” said Vodhanel, who based the wording of the initiative on a similar law enacted by Salt Lake City in 2009.

To further bolster his claim that the city plays “hide the ball” with some documents, Vodhanel cited a recent Orange County Register story that identified Brea as a city slow to respond to public records requests.

Personnel Manager Gordon Youngs, who oversees the clerk’s office, said that response times can sometimes be slow because of reduced staffing levels and an inadequate document management system but that city is fully compliant with the Public Records Act.

“We don’t wait [the maximum] 10 days. We do it as quickly as we can respond,” Youngs said. “We’re purchasing a new document management system, but it’s going to take a while to get to the state we want to be at.”

Youngs called Vodhanel’s initiative “onerous” and said it would probably create more problems than it would solve.

“He is accelerating a process we already struggle with,” Youngs said. “It may mean something else gets put off.”

Vodhanel worries that this initiative will be a harder sell to residents than the Right to Park Act.

Whereas the street sweeping initiative contains only four sections, the open governance initiative has 19. Vodhanel said he was told by Councilman Roy Moore that the initiative may be a bit complicated for voters to understand.

“The truth of the matter is that the initiative is ambitious,” he said. “I would not hold my breath.”

Please contact Justin Velasco directly at justindvelasco@gmail.com. And add your voice with a letter to the editor. 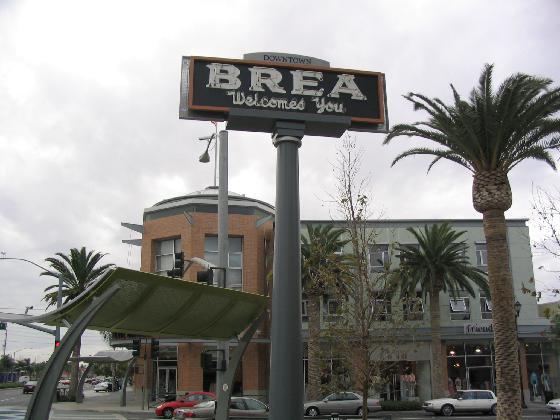 The intersection of Imperial Highway and Brea Boulevard in Brea. (Photo credit: unknown)

You are obviously connected to your community and value good journalism. As an independent and local nonprofit, our news is accessible to all, regardless of what they can afford. Our newsroom centers on Orange County’s civic and cultural life, not ad-driven clickbait. Our reporters hold powerful interests accountable to protect your quality of life.

In lieu of a comments field, we encourage readers to: