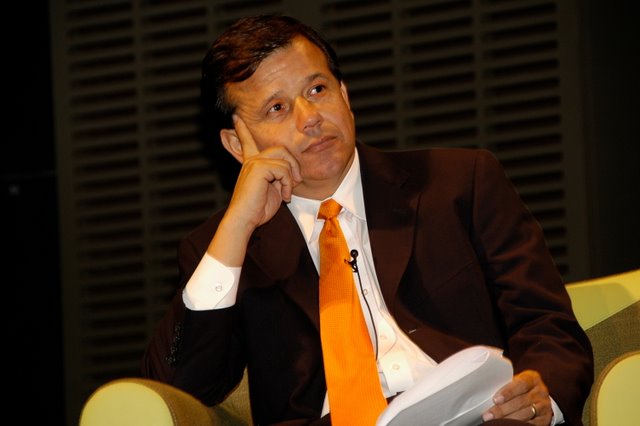 Pulido has been receiving a $500 monthly vehicle allowance from the city while at the same time driving a retrofitted, plug-in hybrid Toyota Prius issued to him by the South Coast Air Quality Management District.

This is the second case of double-dipping by Pulido in as many days. Voice of OC reported yesterday that the mayor is getting health benefits from both the city and the Orange County Transportation Authority.

Pulido did not return Voice of OC’s calls today regarding the car issue. He also didn’t return calls yesterday regarding his health benefits.

However, Santa Ana posted the benefits of all its City Council members yesterday on its website.

Officials from the AQMD say the vehicle is test-grade and not up to production standards. They added that Pulido was issued the vehicle to test drive it and report any problems that need to be fixed, and also to demonstrate it to members of the media and other government officials.

The Prius is essentially the same as a traditional hybrid vehicle, using both an electric and a gas-powered engine, but the retrofitted version Pulido drives has a plug-in ability, allowing the car to rely more on the electric engine.

Although it’s a test vehicle, agency officials said the vehicle is sound enough for daily use. The kinds of problems the car might have include software glitches and maintenance issues.

“We haven’t heard from board members that it’s a weekend vehicle, and they can’t be used on a daily basis,” said Deputy Executive Officer Mohsen Nazemi.

And if Pulido encounters an issue, he can trade the vehicle in for another plug-in hybrid Prius. The agency has three on hand, and Pulido has been driving one of the three since October 2006, agency officials said.