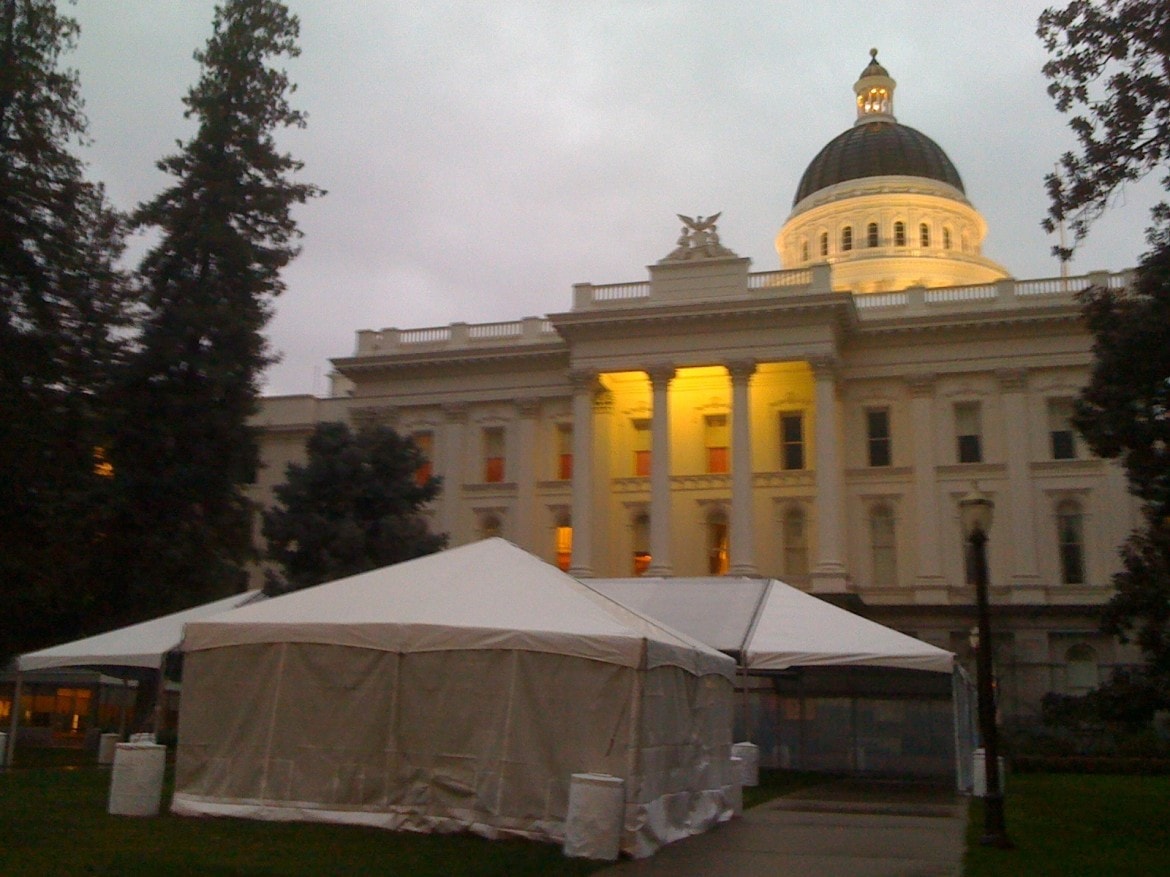 The Orange County Employees Association will be serving hot dogs from these tents set up outside the state Capitol building as part of Jerry Brown's inaugural celebration. (Photo by: Norberto Santana, Jr.)

Ironically, the dogs are from Orange County, long known as one of America’s most Republican counties.

The irony gets even richer because of the host: The meal is being served by the largest public sector union in the OC, the Orange County Employees Association.

California Assembly Speaker John Perez is himself a former labor official in Orange County. And now, Brown — who is close to OCEA General Manager Nick Berardino — is in the governor’s mansion.

Brown and Berardino are so close that the OCEA hot dog wagon — normally used during strikes, job actions and political events — has been drafted to cater Brown’s main public inaugural event.

With such strong ties to these legislative pillars of power, many are wondering how the relationship will impact Orange County’s legislative aims in Sacramento.

There’s also mounting questions about how Brown will deal with his lifelong friends on sticky issues, such as the state’s ballooning unfunded pension liabilities.

On Monday, Voice of OC will be covering Brown’s inauguration events live in Sacramento aiming to talk to Orange County politicos about what’s in store for them and the county’s 3 million residents in the next few years as the state attempts to turn the tide on a decade of mounting debt and governmental cuts.

Stay tuned throughout the day for updates on where these folks think Orange County is headed.