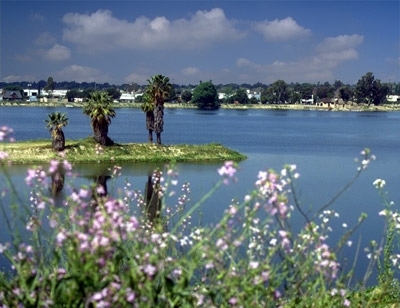 But don’t count on the public being able to participate. In a muddled series of proposals, several board members, led by lawyer Stephen R. Sheldon, sought ways around California’s open meetings laws for the discussions.

“When Secretary of State Hillary Clinton goes to talk to a foreign nation, she doesn’t open it up to CNN,” said Sheldon.

Board members said they were surprised to read in the Orange County Register that they were “the more ardent suitor” in this round of decades-old, off-and-on merger discussions, since no one had talked to them about it.

Both agencies have their offices in the same Fountain Valley building and share a receptionist. The Register article said if they merged, they could save about $1 million of the more than $300 million they bring in each year.

Some members, like Don Bankhead, didn’t want to go forward with discussions but in the end, the board voted to have its ongoing ad hoc committee meet with a similar ad hoc committee from the Metropolitan Water District of Orange County, if that board agrees to form one.

Members would discuss ways to increase cooperation and, possibly, a merger. Such suggestions have been made off-and-on for decades but nothing has ever come of it.