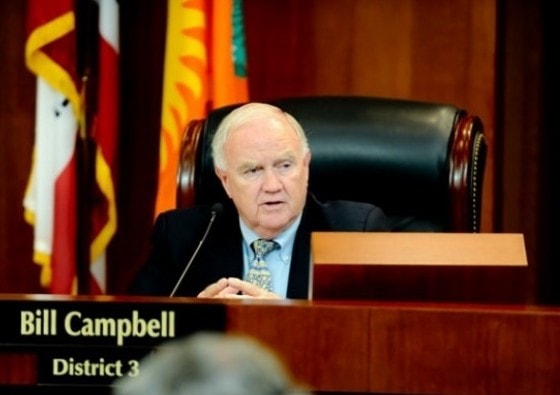 Wednesday, July 7, 2011 | Top Orange County political leaders scrambled to Sacramento this week in a bid to persuade state lawmakers to reverse a last-minute tax grab by Gov. Jerry Brown that translates to $48 million less in the county treasury.

At one time, all counties received a share of vehicle license fees. But in 2004 the state closed that source to counties and instead increased counties’ share of property tax, saying it was a more equitable and less volatile source of revenue.

Orange County, however, continued to receive its vehicle fees under special state legislation passed to cope with the county’s bankruptcy. The 2004 budget deal did not repeal that authorization.

But when Orange County supervisors refinanced their bankruptcy debt package in 2005, they inadvertently terminated their special access to vehicle license fees.

Nobody in Sacramento seemed to notice, and Orange County continued to receive the money. Then this year, Brown’s budget team caught the mistake and took the $48 million to help fill the state’s $25-billion budget deficit.

Now officials from all parts of the political spectrum in Orange County are anxious over the ominous impact of such a massive revenue cut. In some circles, it’s already being called “bankruptcy light,” because the impact to county coffers could be about half the impact of the county’s annual $90-million bankruptcy payment.

“It’s a very serious issue, and we’re going to work with all the stakeholders, including the Orange County Employees Association, to solve the situation,” said Orange County CEO Tom Mauk.

Yet Mauk declined to discuss why county leaders waited so long to address the issue.

Said Supervisor Pat Bates: “We need to find out how it happened and how to remedy it.”

County supervisors were on notice about the problem as far back as 2006 when the Orange County Register published a story detailing the inadvertent snag that could present problems if not remedied.

The plan at the time, discussed privately among Orange County political leaders, was to quietly offer clean-up legislation toward the end of a legislative session that could transform the Orange County vehicle fees into an increased share of property taxes.

But once the bankruptcy refinancing was accomplished, the issue apparently was dropped.

Supervisors and their staffs apparently never followed up with Orange County’s legislative delegation despite having five legislative sessions in which to do so.

The best opportunity to cinch up the loose ends might have been in 2008 when state Sen. Lou Correa held a deciding vote on the budget and was able to bargain it for an extra $50 million of property tax for Orange County.

But the loose ends remained loose.

“Yes, if we would have been able to get it switched over to prop taxes we wouldn’t have this fight today,” said Board of Supervisors Chairman Bill Campbell. “We were advised to leave it in the [vehicle license fees], … but I don’t know why we didn’t move it over to property tax.”

The bottom line, Campbell admits, is that “we did drop the ball. I just don’t know why.”

Mauk and Campbell say their focus now is to fix the situation, not assign blame. But there is plenty of blame going around, and most of it is being laid at the feet of supervisors and state legislators.

Both Campbell and Correa said a state statute authoring the vehicle fee payments indicated that it would last beyond a refinancing. “Based on that statute, the money should still be encumbered,” said Correa, who was an Orange County supervisor when the refinancing package was approved.

But staffers close to the process say that while the refinancing saved $100 million in the budget, the risks of the vehicle license fee issue were never adequately considered by top officials, even though they were made aware of possible solutions.

The issue was never discussed publicly at the time.

Much attention is also being focused on the county administration’s legislative staff, which costs taxpayers nearly half a million dollars each fiscal year. And then there is the county’s lobbyist, Platinum Advisors, which collects nearly $300,000 each fiscal year to advance the county’s interests in Sacramento.

It’s the job of these legislative officials to tell Sacramento legislators what the county’s most important legislative objectives are each year.

Yet some insiders say that even if there had been a concerted effort to deal with the issue, it would have been hard for the state’s most staunchly conservative legislative delegation to persuade the Democratic leadership in Sacramento to help.

Nonetheless, local officials are trying now. Ironically, the county’s best hopes lie with Democrats and labor. Correa and Assemblyman Jose Solorio, both Democrats, are working to push through legislation that could solve the problem. And Nick Berardino, general manager of the Orange County Employees Association, is talking to his Democratic allies, Assembly Speaker John Perez and Gov. Brown.

Campbell, joined by Berardino, flew to Sacramento Tuesday and met with the entire Orange County legislative delegation, the governor’s staff and  Perez.

It’s hard to imagine a more pressing legislative goal than fixing this issue. And there is little disagreement that not having done so has put Orange County in a very difficult spot.

The county’s legislators, who rarely offer Democrats any room on taxes, now must go across the aisle and ask to keep a portion of taxes that no other county gets.