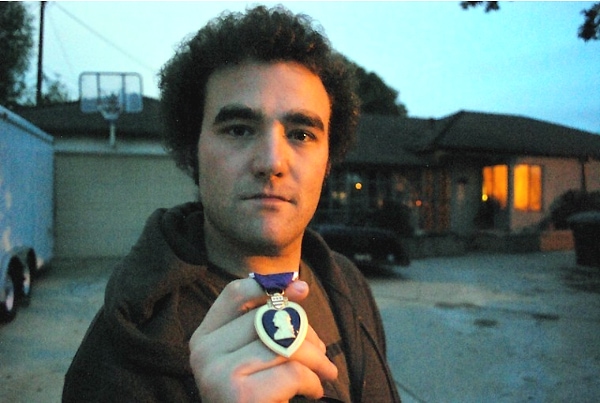 “The man has won a Purple Heart. He’s won a Silver Star,” she said, leaning forward at her Veterans First office desk and speaking intently into the telephone.

“What else does he need? He doesn’t have any teeth. His face was all blown up!”

Tate was talking to an official with the U.S. Department of Veterans Affairs about Daniel Foster, a 23-year-old Army veteran of two combat tours — one in Iraq and another in Afghanistan. He was seriously wounded in May 2010 when suicide bombers attacked his outpost in Afghanistan with a truck full of explosives.

Foster’s actions were heroic. He shot the driver, but 500 pounds of explosives still detonated, blowing a nine-foot crater in the ground and hurling shrapnel into his face.

Yet for 20 more minutes, Foster kept fighting the attackers who followed the truck.

He received his Silver Star in April during a ceremony at Angel Stadium that was complete with write-ups in both the Los Angeles Times and Orange County Register.

But he still hasn’t received a benefit check from the VA. Somehow his paperwork wound up in the wrong office. As a result, the home he shares with his disabled father in Costa Mesa is scheduled for foreclosure on the day before Thanksgiving.

“Despite severe blood loss and head trauma, he continued to engage insurgents desperately trying to enter the compound, buying critical time for friendly forces to maneuver to defensive positions and gain control of the battle,” it reads.

Foster was treated at a U.S. Army hospital in Germany and then flown home in early June 2010.

Faced with the choice of being restricted to desk jobs if he stayed in the Army for further treatment or taking his scheduled discharge, Foster decided to leave the Army and receive treatment with his Veterans Administration benefits.

That was more than a year ago.

“I got out in October [2010] with all the medical stuff still hanging on me,” Foster said during an interview in his home.

Also burdening Foster was the condition of his father, Rex Foster, who while Foster was deployed suffered severe head injuries in a construction accident and spent weeks in a coma.

The bills piled up on Rex and Daniel Foster as they waited for a VA benefits check that never came. It wasn’t long before the unpaid balance on Rex Foster’s mortgage began to get out of hand, ultimately reaching $12,000 and triggering a foreclosure notice. Had Foster been receiving his benefits check, both he and Tate say, he would have had enough income to stave off the foreclosure.

Tate is incredulous over Foster’s situation. “It’s been a year,” she fumed during a recent interview. “Why has it been a year? That’s ridiculous.”

A Voice of OC reporter traded voice mail messages Thursday with VA spokesman Randal Noller. Noller, in his message, said he went to work immediately on the case after hearing from the reporter, adding “I want to make sure this guy gets taken care of.”

The daybreak suicide attack on Foster’s base near the border with Pakistan came quietly and in disguise. Foster shot the truck driver and another man when he heard the truck engine rev instead of slow down as it approached the gate.

“The first thing I thought was ‘my commander’s going to be pissed. I shot some innocent civilians.’ “

Then the explosives in the back of the truck blew.

He kept fighting. After the truck exploded, two more suicide attackers, dressed as U.S. military, tried to enter the base. Foster and another soldier killed them. Foster doesn’t remember, but the military says he killed three or four other attackers.

His wounds included a severe concussion, short-term memory loss, shrapnel cuts that laid open his lip and face, a back injury and damage to the bones in his jaw and face below his nose.

Doctors “did an amazing job” of repairing the visible wounds, Foster said, but severe damage to the bones of his upper and lower mouth requires further treatment.

Photos taken of Foster’s injuries immediately after the attack show bloody bandages that the base medic applied to his lower face. He has false teeth now but said “they don’t want to stick in.” He needs four to five more surgeries to restructure facial bones so the teeth will fit.

The mission of Veterans First is to help needy veterans, and Tate is used to helping her clients navigate the federal bureaucracy to get the benefits and services they deserve. The nonprofit also provides some permanent and transitional housing for homeless vets and helps with job searches, applications and college, among other services.

As a former real estate agent, Tate can help Foster deal with his lender and potential sources of refinancing.

While Tate is interceding with the VA on his behalf, Foster is borrowing $6,000 from a friend to pay half of the missed payments that led to the foreclosure proceedings.

He said Thursday the lender is agreeing to take the $6,000 and create a payment schedule for the rest. “Hopefully, that will stop the foreclosure,” he said.

But he still needs his VA benefits to keep the house and get medical and dental care. Tate has tracked down his missing paperwork and is trying to expedite approval.

As for the rest of Foster’s future, he’s enrolled in business courses at Orange Coast College and hopes to transfer to Cal State Fullerton next year.

He remains optimistic in spite of his experiences, saying his positive outlook comes from the fact that he wasn’t killed that day and neither were any other U.S. soldiers.

“I can’t bite things much anymore,” he said, “but it could always be worse.” 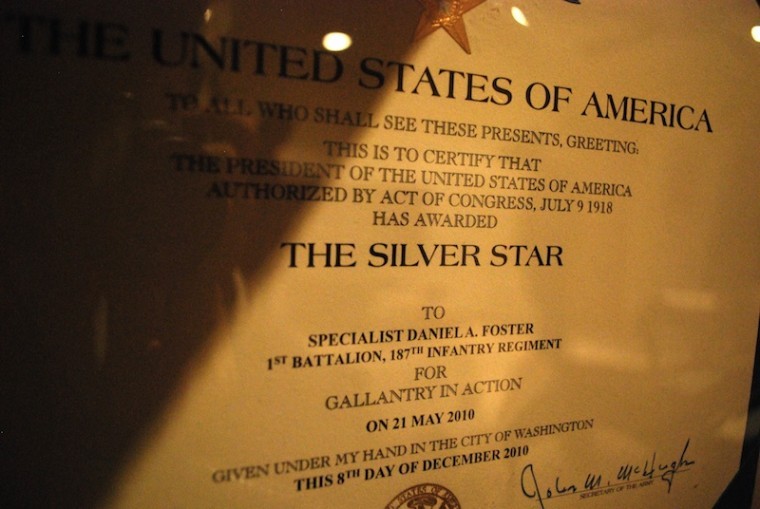