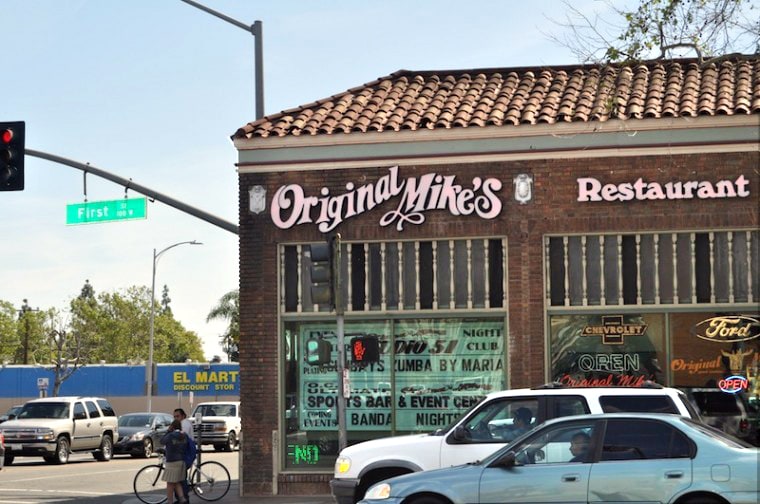 Michael Harrah, the developer of a planned 37-story commercial tower near downtown Santa Ana known as One Broadway Plaza, is selling off properties in a bid to finance construction of the tower, according to Gil Marrerro, Harrah’s real estate broker.

Harrah is selling two properties in Santa Ana, Marrerro said, including Original Mike’s, a restaurant at the corner of First and Main streets, and the Santora Arts Building in the Artists Village. He is also selling two industrial properties outside the city, Marrerro said.

Marrerro said that sales of the properties would finance costs like processing plans. “He’s very bound and determined to build One Broadway Plaza,” Marrerro said.

Harrah cleared a large hurdle regarding the proposed development last month when the state Supreme Court refused to hear a case aimed at stopping it. The neighborhood group Coalition for Accountable Government Ethics (CAGE) had argued in its case that the Santa Ana City Council illegally removed a condition that Harrah lease 50 percent of the building before beginning construction.

Financing for the tower has been in question since Harrah missed a deadline last year to apply for construction permits.

Harrah had requested an extension for permits based on a prior year’s building codes. He wrote in a letter to Santa Ana Planning Director Jay Trevino obtained by Voice of OC that not obtaining the permits in December would postpone the construction start date to November or December 2012. The letter also detailed millions of dollars in new costs attributed to the newer building codes.

“We (Not just the One Broadway Plaza project but the entire O.C. community) would just lose so much valuable time in going backwards and with so many people out of work on a shovel ready project with funding in place,” Harrah wrote.

But Harrah had insisted in an interview last month that his company has spent the last two months updating the project to conform to the new codes. He also had said that financing is not an issue because a loan had enabled him to pay the approximately $14.1 million in various fees and costs required at the start of construction.

“We don’t need financing for those [costs]. It is in our loan agreement,” Harrah said. He had declined to identify the source of the loan.

Harrah also said he had an anchor tenant, a major American corporation that will fill up 75 percent of the building. He will be able to break ground by June or July, he had said.

Artists at the Santora, which is located in the heart of a downtown area known as the Artists Village, have been worried that they are being squeezed out of the area.

The artists have had a rocky relationship with Harrah and other downtown building owners in recent years as efforts have intensified to remake the Artists Village, situated on Broadway between First and Third streets, into a nightlife destination.

They have formed a group called United Artists of Santa Ana, and one of their priorities is preserving the Santora for the arts. The situation became even more complicated earlier this year when artist Alicia Rojas discovered an agreement between Harrah and the city to dedicate 80 percent of the leasable space in the building to the arts. The agreement had expired in October.