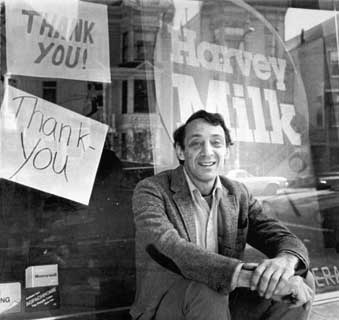 Few political observers were surprised in recent years when supervisors sat stony-faced as activists from the lesbian, gay, bisexual and transgender community confronted them publicly over their refusal to recognize the state holiday proclaimed by Gov. Arnold Schwarzenegger in 2009.

On Tuesday, that changed with the board of supervisors quietly allowing the holiday to gain recognition in Orange County.

Milk, who served as a supervisor in San Francisco in the 1970s, was the nation’s first openly gay elected official. He was killed in 1978 by Dan White, a fellow supervisor.

“The assumption is we’re discriminatory,” said Supervisor Shawn Nelson, who placed the Milk recognition back on the public agenda. “I have no issue,” Nelson said. “I have friends and family that are gay. It’s not a hang-up of mine.”

Nonetheless, Nelson said he wasn’t a fan of adopting any proclamations and wouldn’t make an exception for Milk midyear based on activist pressure.

Following the refusal to recognize Harvey Milk Day on May 22, Nelson reached out to activists letting them know he would support placing the resolution on the county’s annual list of proclamations.

This month, Nelson made good on his promise.

Now recognizing Milk is part of the official list presented to county supervisors.

That means county supervisors who oppose recognizing Milk must do it publicly by deleting his name from the list or voting against adoption of the yearly proclamations.

On Tuesday, that did not happen. The recognition was approved by unanimous consent along with a host of other proclamations.

Nelson said he’s “not just trying to grandstand” on the issue and believes Milk deserves recognition not just as a man but for what he stood for as “a significant figure in the gay rights movement.”

“It’s a big deal,” Nelson said, acknowledging the significance of the public recognition sought by local activists. “I’m happy for them.”