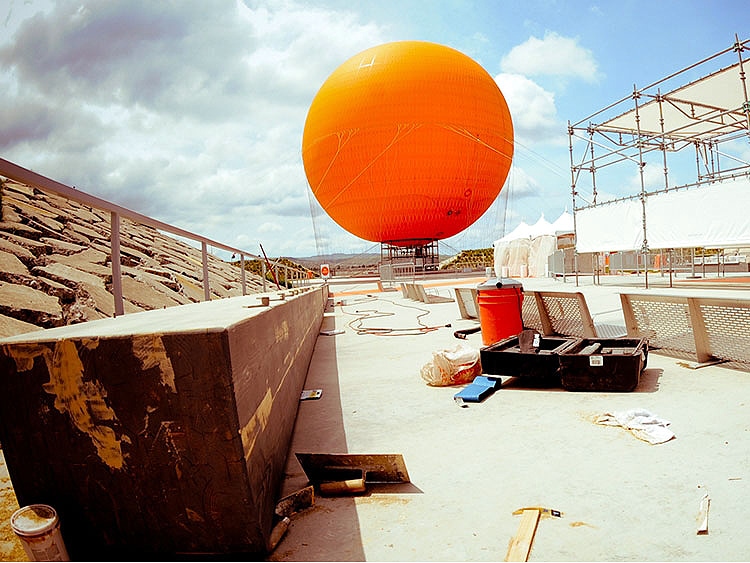 Critics of Irvine’s Great Park have long pointed to the agency’s lucrative public relations contract with Forde & Mollrich — which charged millions of dollars over the past decade to publicize a park that didn’t yet exist — as symbolic of what they allege is a culture of waste and corruption that plagues the multibillion-dollar project.

For those critics, Tuesday will be a day of reckoning.

A new Republican Irvine City Council majority is poised to terminate the contracts with Forde & Mollrich and with Townsend Public Affairs for government lobbying. The council will also consider a forensic audit of the park’s contracts.

Those challenging the park’s leadership often ask, what exactly was Forde & Mollrich accomplishing as it collected $100,000 per month?

A complete answer to that question is difficult to find.

Despite being under contract as media liaison, Forde & Mollrich officials never talked about their own contract. Irvine City Council members also were rarely in the mood to talk about the contract and never seemed to have a collective grasp of what the public relations firm was supposed to achieve.

A complete accounting, such as work time sheets or narrative reports of work, isn’t available because the firm is working under a retainer contract with no requirement to account for its activities.

That prompted Voice of OC to request and review thousands of pages of public records spanning from 2005 to 2010. (Many are attached to this article.)

A Voice of OC analysis revealed that Forde & Mollrich did do work designing glossy postcards, managing the installation of vinyl banners, assisting with applications for state grants, giving park tours, writing surveys and other tasks.

What is clear from the records reviewed by Voice of OC is that Forde & Mollrich was also part of a larger public affairs team that at times miscommunicated over divvying up responsibilities.

According to emails, there was confusion over which consultant — Townsend or Forde & Mollrich — was to write a one-page letter for a Proposition 84 grant application. The emails about the letter circulated among city staff and employees of Forde & Mollrich and Townsend.

In the end, Forde & Mollrich was asked to provide only “two or three photos.”

And in another email chain, former Great Park Public Information Officer Jenn Starnes complained about lack of communication from Forde & Mollrich leading to a missed banner-print deadline and a “30 percent upcharge.”

“Was the deadline unclear?” Starnes wrote. “This is an informal process, and maybe it needs some structural project management.”

In an email dated May 12, 2010, Starnes elevates her complaint regarding the missed deadline to Stu Mollrich. “Help me with this. I don’t feel like a client here,” she wrote.

It wasn’t just members of the team who at times were confused about its multiple layers.

A UC Irvine history professor who was consulted for historical displays at the park in 2009 sent an email to Forde & Mollrich’s Julian Kingston, essentially asking, who is in charge?

The professor wrote he was “frustrated that, despite our efforts over the last six months to talk with everyone over there about ‘history displays’ (from Henry Korn to Steve Larsen to Larry Agran,) turning it over to your studio was never described to us as a possible procedure,” he wrote. “We have a very hard time discerning how decisions are made at the Great Park.”

Kingston replied: “Prior to my involvement it may be that no one was in a position to guide this project through to completion — I don’t think that there is any question that everyone at the Great Park Corporation is stretched to the limit.”

Emails show that the team attempted to shore up support with politicians and groups seen as important to building a support base for the park.

For example, members of the team — Forde & Mollrich principal Stu Mollrich, Urch and others — met with a local soccer delegation and former Assemblyman Jose Solorio in 2010. The meeting included a tour of the park.

There are signs that the public affairs team faced an uphill battle as it was countered by bruising news accounts about the park’s slow progress.

According to a letter from the grassroots group Los Amigos of Orange County, Sam Allevato, who is both a Forde & Mollrich official and a San Juan Capistrano councilman, gave an “excellent presentation and update about the park’s developments.”

The outreach notwithstanding, Los Amigos leaders remained jaded about the 1,300-acre park. “Many in North County, when they are reminded of the Great Park at all, have increasingly felt little was happening or we were just ‘out-of-the-loop,” the letter reads.

Even before the Republican majority gained dominance, the Democratic council majority cut the firm’s contract in half after the state killed the city’s redevelopment agency and took some $2.2 billion in revenue from the park.

There are also questions about whether the consultant completed some of the tasks listed on the contract’s scope of services.

The firm is also supposed to “develop and present to media for U.S. National television news shows,” such as ABC, CNN and the Fox News Channel.

It’s hard to tell whether that kind of mainstream broadcast exposure ever happened.

A Voice of OC spot check with media sources specifically listed for contact found that several media organizations, including radio stations like KCRW and newspapers like the Chicago Sun-Times, had never heard of Forde & Mollrich.

In fact, not one media source contacted said they had dealt with Forde & Mollrich officials.

Clarification: A previous version of this article could have given the inaccurate impression that Gafcon contractor George Urch was fired by the Great Park Board of Directors. He was not.