As America Bracho walked to the Orange County Board of Supervisors’ dais on Tuesday, Chairman Shawn Nelson openly warned her, “We have a rule: Never talk yourself out of a victory.”

Bracho, an outspoken doctor and activist who heads Latino Health Access, the Santa Ana-based health care nonprofit, had seemingly turned supervisors around after more than a year of conflict.

“We want to thank you for your investment in programs like ours,” Bracho told supervisors during their weekly meeting just before they approved contracts for more than $2.7 million in mental health outreach programs.

“We want the county to protect what works,” Bracho said.

Among the contract approvals was about $300,000 for LHA’s promotores services, a health outreach program the organization has run for two decades but which recently became an issue among supervisors and county staff, who had cut LHA’s funding for the program.

The victory Nelson was referring to is that while the approximately $300,000 allocation approved by supervisors Tuesday is less than the nearly $500,000 LHA has received in recent years, it is better than the around $100,000 that county staff had been recommending.

Promotores have long played a key role in administering health care in Latino and other minority communities, acting as liaison for people who because of economic and cultural reasons do not have ready access to the health care system. The concept began to be widely used in the United States in the 1960s and 1970s.

Bracho introduced the program to Orange County in the early 1990s, and it has become the cornerstone of LHA’s outreach efforts in places like Santa Ana. Workers do tasks like going door to door, approaching people in supermarkets, conducting health classes and even babysitting while a parent visits the doctor.

The organization also became a force in Santa Ana, pushing city leaders to concentrate more efforts on youth and neighborhood improvement as well as empowerment.

But LHA ran into trouble back in June 2011, when Nelson and Supervisor John Moorlach questioned in public session whether it was a good idea to have the word “Latino” in Latino Health Access as well as to use the Spanish word promotores to describe LHA’s mental health outreach workers.

After that public meeting, Bracho said, county Health Care Agency staff prodded her to quietly get rid of the word promotores to soothe supervisors, who both insist they never followed up on their public questions.

Bracho refused, saying the word reflects a successful program with Latin American roots that shouldn’t be gutted because of racial politics. Numerous other Latino leaders, such as state Sen. Lou Correa and Assemblyman Jose Solorio, also protested the move.

Eventually, a compromise was reached, and the title of the program was changed to Community Outreach-Promotora.

But later, Bracho said, HCA staff fired back at her for her opposition by abruptly deciding not to renew a $500,000 outreach contract for LHA this year.

HCA officials instead reallocated the funds to other nonprofits that LHA had trained for mental health outreach work. Some groups said they hadn’t even asked for the grant funds.

Bracho protested the action publicly to county supervisors, bringing hundreds of supporters to the supervisors’ chambers during a tense session earlier this year.

For many of the neighborhood mothers who attended the meeting, the situation became ugly even before the debate began. Many criticized sheriff’s deputies who oversee security at the chambers for the manner in which they escorted them into an overflow chamber. Many of the mothers said they could see hundreds of empty chairs in the main chambers while others accused deputies of being terse, even rude.

During the meeting, Bracho publicly confronted supervisors, imploring them to follow what the LHA data showed — that the program had exceeded every benchmark.

Supervisor Janet Nguyen became LHA’s main advocate on the board, effectively making a public case to her colleagues on the civic impact of the promotores program.

Pointing to the large outreach numbers, Nguyen this week reminded her colleagues that “LHA has made significant strides in connecting with minority communities.”

Nguyen had won a strong ally on the issue when Supervisor Todd Spitzer earlier this month challenged HCA staff from the dais to find more money in the budget, prompting a reply that the agency did keep a 10-percent contingency fund for emergencies. Spitzer told staff they should be spending every dollar dedicated for mental health outreach on just that, not on contingencies.

Eventually, Nguyen secured the support of her colleagues to reauthorize an additional allocation of $200,000 on the mental health outreach efforts, noting that the program largely affected her own district in the central county.

In the interim weeks, HCA staff allocated the additional funds into the program, increasing the total allocation to $300,000.

Although LHA is getting less than it did in previous years, the overall community may be getting more. Because of the questioning, county supervisors are now moving to spend more on mental health outreach in these communities.

In approving the contract raise, Moorlach warned Bracho about confronting the Board of Supervisors publicly through the media, citing PBS SoCaL producer David Nazar’s recent report on the controversy.

Moorlach told Bracho she had him when she showed him her outreach numbers, which considerably exceeded the contracted number. 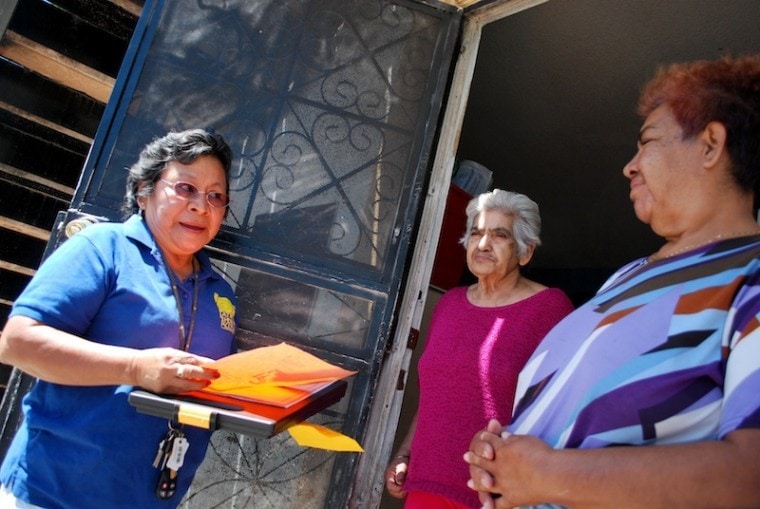