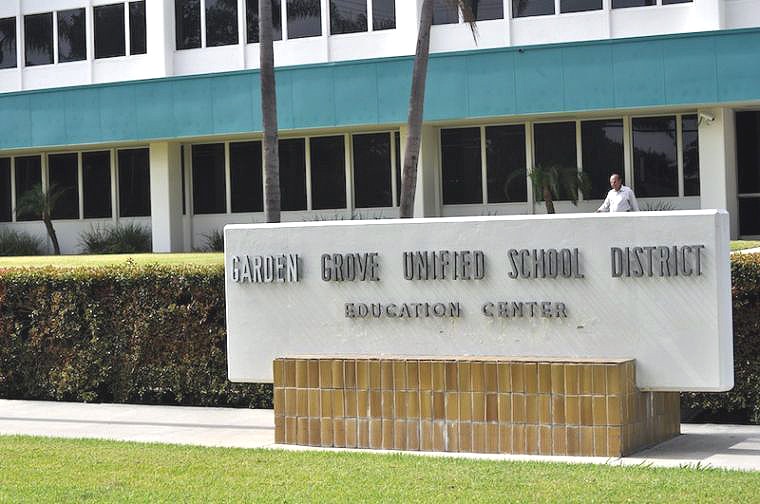 While just a brief visit to Orange County’s Little Saigon shows the deep connection the local Vietnamese community maintains with its homeland, there is growing concern that the community may be losing its most important cultural tie — its language.

A 2006 study of Southern California immigrants found that for Vietnamese communities, language loss can happen within just one or two generations, among the shortest language life spans of all the groups studied.

“They don’t write well, they don’t read well and their pronunciation is Americanized. When they have children, many don’t know any Vietnamese,” said Vy Hoang, a high school math teacher and volunteer instructor at a Saturday Vietnamese school at St. Boniface Church in Anaheim. “We’re losing the language in one or two generations, and for me that’s a concern.”

With this reality as a backdrop, a group of Vietnamese parents and educators are asking the Garden Grove Unified School District to create the state’s first Vietnamese-English dual immersion program as soon as fall 2014.

For two months, the group has been spreading the word online and circulating a petition, which currently has more than 600 signatures. In May, the group hosted a community forum that drew more than 200 people.

A two-way or dual immersion program uses both English and a second language to teach students a variety of subjects, with the purpose of developing literacy in both languages. Instructional time is split between languages, with the amount of teaching in English increasing as students advance in grade level.

Programs balance enrollment of native English speakers with that of students native in the second language, sometimes allowing students who speak a third language at home to participate as well.

There are more than 230 two-way immersion programs in California offered in languages such as Spanish, Mandarin, Cantonese, Korean and German. So far, the only programs offered in Orange County are in Spanish and Mandarin, with a Korean charter school set to open in the fall.

While the proposal is still in the early stages, the district has so far agreed to hire a consultant to study the feasibility and cost of such a program.

About one third of students in the district are Vietnamese and about 40 percent are English learners. The district offers Vietnamese language classes at three high schools and plans to add classes at another high school and two intermediate schools.

Behind the push for immersion in Garden Grove is Bao Nguyen, the Board of Education’s newest and youngest trustee. The 33-year-old community organizer was appointed in July 2011 to fill a vacancy left by KimOanh Nguyen-Lam, who left the board for the U.S. Department of Education.

Nguyen said a Vietnamese immersion program would be just one step toward promoting bilingualism and closing a “statewide, systemic disparity” in academic performance between native English-speaking students and English learners.

For the first time this year, the district will award qualifying graduates with a “Seal of Biliteracy” on their diplomas, recognition by the state for attaining a high level of proficiency in speaking, reading and writing in a second language.

Nguyen says the idea for a two-way program stemmed from a visit to the St. Boniface school, one of nearly 100 weekend Vietnamese language and cultural history schools hosted at churches and Buddhist temples across Southern California.

The two-hour weekend classes and speaking Vietnamese at home gives the St. Boniface students a basic understanding and appreciation of the language, but, Hoang said, it isn’t enough. The language acquired “is more conversational and it’s definitely not academic and they aren’t truly bilingual,” she said.

Nguyen is quick to point out that a Vietnamese immersion program would do more than just increase rates of bilingualism among Vietnamese children.

“This isn’t just a program for Vietnamese kids but for all kids. [Language] allows those who are bilingual to serve as a bridge between what tends to be isolated cultures and ethnic groups in Orange County,” said Nguyen.

Diane Tedick, an associate professor at the University of Minnesota and researcher on strategies for making language instruction and immersion programs successful, said five decades of research show students in immersion programs do as well as or better than their peers schooled only in English in math, reading and the language arts.

“It seems counterintuitive to say, we’re going to teach this kid in Vietnamese but they’re going to learn English better, but people don’t develop languages independently of one another,” she said Tedick.

The benefits of immersion go beyond better academic achievement on standardized tests in English, Tedick argues. It can also enhance students’ ability to think and talk about language, problem-solving and literacy and even improve students’ attitudes about school itself.

“High-quality, two-way language programs are the most effective program for English learners in the United States,” Tedick said.

Consider, Tedick said, that while nationwide the dropout rates for Latino students are higher than for other ethnic groups, studies show that Latinos in two-way programs have more positive attitudes toward school, say good grades are important, want to go to college and believe a good education will lead to a better life.

“Minority students in two-way programs develop strong cultural and bilingual identities,” said Tedick. “Loss of a home language can have a negative impact on students’ sense of self, their home life and their educational experiences.”

Tedick said that for an immersion program to work in Garden Grove parents must be made aware that it requires a long-term commitment. Programs typically start in kindergarten, but academic advantages for those who do not speak English at home may not emerge until middle school.

One challenge is that acquiring the teaching materials and textbooks for new immersion programs can be difficult. Programs are required to cover the same curriculum as in other schools in the district, and teaching materials in Vietnamese can be hard to find. Often the responsibility falls on teachers to translate the instructional materials themselves.

“Immersion programs don’t cost more when it comes to the teaching staff. But districts should hire translators [and] curriculum developers to assist in creating curriculum and materials during the early years of the program,” said Tedick.

It can also be hard to find licensed teachers who are also highly proficient in a language like Vietnamese, especially as programs continue through middle school and high school.

Currently, teachers looking to attain Vietnamese accreditation must take classes at a consortium of California schools. Now, thanks to a $238,000 grant from the U.S. Department of Education, an advisory board at Cal State Fullerton is developing a standalone credential program for Vietnamese language teachers in kindergarten through high school. The program would provide training for both conventional Vietnamese language classes and dual immersion programs.

Natalie Tran, assistant professor of secondary education and co-chairwoman of the advisory board, said they hope to have the courses developed and approved by the state by spring 2014.

Tran said she’s received calls and emails of support from Vietnamese communities as far away as Texas, Canada and Australia. “We’re not just doing it for our community but for others who don’t have the conditions or the resources,”Tran said.