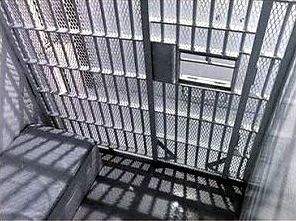 Attorneys from the public defender’s office allege in a 505-page motion “outrageous government conduct … by prosecutors and law enforcement” denying defendants their constitutional rights to counsel, a fair trial and due process.

According to the motion, prosecutors and police designed a secret intelligence-gathering operation in Orange County jails, with Sheriff’s Department deputies collecting information from strategically placed inmate informants but not properly disclosing such activities to defendants’ attorneys.

The motion, which reportedly is backed by some 20,000 pages of records and tape recordings, had been sealed the previous week at the request of prosecutors, who were concerned about exposing informants to harm.

It describes a pattern by the district attorney’s office, the Sheriff’s Department and other local law enforcement agencies that “exploited the lack of transparency in an investigative program run within the jails. This has allowed them to gather and introduce evidence in violation of the Sixth Amendment with impunity.”

The release of the lengthy motion and exhibits by Superior Court Judge Thomas M. Goethals came during proceedings leading to the pending murder trial of Scott Evans Dekraai, accused of killing eight people in 2011 at a Seal Beach beauty salon.

But the allegations compiled by Dekraai’s public defender attorneys are already spreading to other cases such as the pending murder trial of Daniel Patrick Wozniak, a Costa Mesa community actor facing trial for a 2010 double murder, where one victim was beheaded and dismembered.

In highly spirited arguments on Feb. 14, a prosecutor and Scott Sanders, the public defender for both Dekraai and Wozniak, debated the actions of the district attorney’s office before Superior Court Judge James A. Stotler, who is hearing the Wozniak case.

Matt Murphy, a deputy district attorney, denied impropriety and contended he personally was impugned by the allegations emanating from the Dekraai motion. Sanders countered that the public defender’s motion and actions were entirely proper, labeling the prosecutorial arguments as diversionary histrionics.

While the motion was made available to the Voice of OC and others last week, the release of the trove of exhibits and associated recordings was delayed until this week because of logistical obstacles.

Both Dekraai and Wozniak are facing the death penalty, with prosecutors and the defense acknowledging there is overwhelming evidence of guilt.

Dakraai immediately confessed to the killings at Salon Meritage in Seal Beach, Orange County’s largest mass murder. Sanders stated in court that Wozniak repeatedly has offered to plead guilty in a deal for life imprisonment without the possibility of parole.

Dated Jan. 31, the Dekraai motion asks the judge to either prohibit the death penalty in that case or dismiss the allegations of special circumstances that would allow a death penalty.

Effectively, records state, this could allow for a conviction of Dekraai for eight consecutive life sentences without the possibility of parole or a sentence of 400 years, if the special circumstances are dismissed.

“This motion has detailed the repeated and shocking acts of misconduct that the Dekraai prosecution team has committed, as well as the misconduct of other prosecution teams, which reveal a culture that devalues defendants and their right to a fair trail,” the public defenders wrote in their conclusion of the Dekraai motion.

As the public defenders were preparing for the upcoming trials of Dekraai and Wozniak, Sanders said he inadvertently discovered that a jailhouse informant, labeled Inmate F in the released records, was gathering information about both of these clients.

Early last year after much litigation, Sanders obtained through discovery many additional documents, which he alleges outline the improper intelligence scheme.

Informants commonly are used in jails to obtain information from defendants. Often they are seeking facts about the crimes of others to parlay into a reduction in their own sentences. This practice is accepted, within certain guidelines, attorneys have said.

But Sanders and colleagues argue that sheriff’s deputies deployed a schooled informant to target certain defendants who were represented by attorneys, which they allege violates defendant’s rights.

The district attorney’s office has claimed they weren’t using any information gathered by the informants from a separate law enforcement agency, so they didn’t need to disclose it to the defense attorneys, according to court records.

But Sanders’ motion includes instances in which prosecutors were directly involved in the information-gathering plan and allegedly suppressed information that should have been disclosed to the defense.

The motion states that after an order by Goethals early last year, about 5,000 pages and 1,000 hours of recordings just for Inmate F were finally disclosed by the district attorney’s office.

Prosecutors argued that the amount of records was overstated, but Sanders added there were “needles in the haystack” that required enormous effort to identify.

After the motion was filed, it began circulating in the defense bar, with lawyers checking to determine whether their cases were affected. Then the motion and exhibits were sealed. Now that they are available, defense attorneys again are seeking to compare records.

For instance, listed in the motion there are at least six cases of major criminal prosecutions for murder, attempted murder or conspiracy to murder where the public defender alleges similar questionable conduct occurred, some  dating back a decade.

These cases involve Orange County street gangs, the Mexican mafia in prisons and jails statewide, along with major prosecutorial drives to halt such organized crime. Records indicate informants from such probes later were used for other types of murder investigations.

On Feb. 28, Goethals is scheduled to begin an evidentiary hearing on Sander’s motion in the Dekraai case. The court’s schedule and potential new defense motions this week may delay the hearing until March 7.

The results of that upcoming hearing may show where the next phase of the controversy moves.