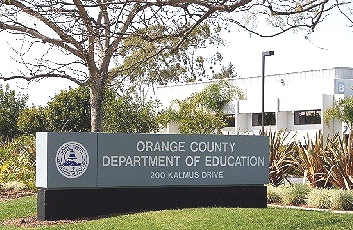 As part of an ongoing effort to make government spending more transparent, state Controller John Chiang is asking every kindergarten though 12th-grade education agency in California to provide a rundown of employee salaries and benefits, which would be posted online.

That includes all of the public schools, district offices and charter schools in Orange County as well as the county Department of Education.

“After the City of Bell demonstrated how the absence of transparency and accountability can breed fiscal mismanagement, my office endeavored to create a one-stop resource detailing compensation data for every public official and employee,” Chiang wrote in a letter Tuesday to kindergarten through 12th-grade or K-12 education officials statewide.

“By providing objective, uniform data, we can have an informed citizenry that meaningfully engages in community decision-making.”

So far, the website lists employee compensation for workers at the state, county, city, special district, community college and public university levels but nothing from K-12 institutions.

He gave May 5 as a deadline and suggested that the agencies should have no trouble complying.

“Each data element requested is a matter of public record and should be extractable from your agency’s existing tax, payroll, benefit, and pension files,” Chiang wrote.

It remains to be seen how long it will take for local officials to comply.

Orange County’s top school finance official said there are some challenges to overcome.

“The difficulty for school districts is the format that they’re requesting is not the format that we keep data in,” said Wendy Benkert, associate superintendent for business services at the county Department of Education.

Benkert cited the fact that school employees are not divided into “departments” as listed on the controller’s website and that costs for health, dental and vision coverage vary by employee.

“I believe that school districts need to be transparent, and we are,” said Benkert. “We don’t have an issue with transparency.  It’s the format that they’re asking for.”

“We’ve already worked with more than 3,000 local governments to get this information,” said Jacob Roper, a spokesman for the controller’s office.

“One of the reasons that we built much of the information off of the W-2 [tax form] is that every payroll system … has to do a W-2 at the end of the year,” he added.

“We have already dealt with a variety of local payroll systems,” he said. “We stand ready to work with any school official to get this data.”

Overall, about $70 billion is expected to be spent on K-12 education statewide this fiscal year.

In Orange County, 27 school districts oversee about 600 public schools and 500,000 students at a cost of more than $5 billion per year.

The controller’s public pay website was launched in 2012 and lists compensation details for many of California’s approximately 2 million state and local government employees.

Among other things, the site includes a ranking of the 10 most highly-paid employees among various levels of government. The website has been viewed more than 7 million times, Roper said.

After Voice of OC contacted the toll road and Emerald Bay agencies for comment, they reversed their positions and sent their data.