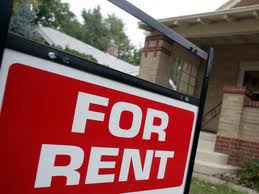 The California Housing Partnership Corporation has released a new report that ranks Orange County among the most difficult markets for low-income renters due to an unrelenting rise in rents in recent years.

According to the report “How California’s Housing Market Is Failing to Meet the Needs of Low-Income Families,” Orange County is the third worst county in the state for its shortfall of affordable homes available to “extreme low-income” renter households.

There are only 18 affordable units available for every 100 extremely low-income renters in Orange County, according to the report.

The demand for renting continues to increase, but the wages of Californians continues to remain stagnant. The California Housing Partnership reports that in 2013 the median asking rent for an apartment in California was $1,550, while the average hourly renter wage was $17.99. In order for the person making that wage to afford the median rent, the person needs to work at least 66 hours per week.

Cesar Covarrubias, the executive director of the Kennedy Commission, an Irvine nonprofit that helps develop affordable homes for low-income families, said Orange County has an overcrowding crisis in many neighborhoods due to the rental market crunch.

“People must make their homes affordable by housing two to three other families in a two bedroom apartment. With people making it affordable, other negative effects begin to happen, like overcrowding and health problems,” he said.

As Voice of OC has reported, lack of affordable housing for low-income families creates chronic housing insecurity that is detrimental to both the mental and physical health of people, especially children, living in these conditions.

Recommended in the new report are a number of steps, including passage of the federal Homes and Jobs Act to provide $500 million per year toward low- and moderate-income housing. The report also calls for a new tax increment financing program to help provide local governments the ability to fund the development of basic infrastructure, including transportation, housing and parks.

Supporters of the tax increment financing program say it can help subsidize the current improvements of housing and other redevelopment projects for low-income households.

The recently constructed Triada at the Station Apartments demonstrates one of the solutions for affordable housing, Covarrubias said. Located near the Santa Ana Regional Transportation Center, Triada regulates the amount of people in an apartment as well as how many cars are allowed.

Residents pay between $500 and $1,000 for a two- or three-bedroom apartment. The Triada Apartments were created by redevelopment funds, donations and other contributions from nonprofit organizations such as Kennedy Commission.

Kenia Torres is part of Voice of OC’s youth media program and a UC Irvine student majoring in literary journalism. She grew up in Santa Ana.