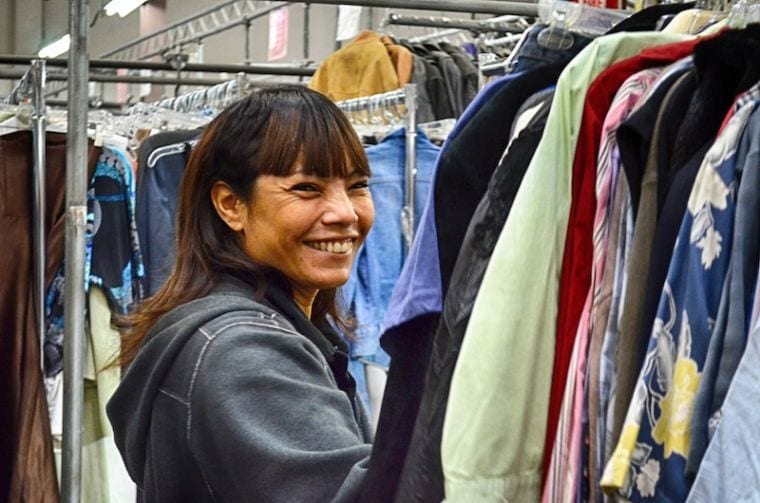 Orange County is a mecca for addiction recovery, with more than 200 rehab programs and 1,600 weekly Alcoholics Anonymous meetings.

Treatment can cost as much as $31,000 for 30 days at The Landing in Newport Beach, which overlooks the Pacific and offers massage and tai chi. Or there’s the Salvation Army Adult Rehabilitation Center in Anaheim, which is free but requires patients to work full time in the warehouse.

Beyond rehab, newer options in recovery are on the rise, including use of buprenorphine, a popular alternative to methadone for ending heroin dependency. Another trend is sober living homes, where recovering addicts fresh out of rehab generally live two or three per bedroom of a house and pay anywhere from $400 to $1,600 a month.

Yet measuring the effectiveness of any of these approaches has proven difficult at best, given the high rate of addiction relapse. This issue has led some experts to rethink the conventional rehab model and even the 12 steps that underlie AA.

The question of what treatments bring lasting results and at what cost is an increasingly crucial one in Orange County and elsewhere as addiction to heroin and other opiates, especially among young people, is reaching levels not seen since the 1970s. In 2006, 12 percent of the young adults enrolled in Orange County’s public treatment programs were addicted to heroin or other opiates. Nowadays, that percentage has risen to 44.

Heroin was the drug of choice for Lauren of Huntington Beach, who did not wish to be identified by her last name. She began abusing drugs when she was 13 and at 18 lasted just two hours at a detoxification program at Hoag Hospital.

Now 24, Lauren is celebrating nine months of sobriety thanks in part to a residential rehab program at Pacific Hills in Capistrano Beach. Her current plan is to move out of her sober-living home in San Clemente.

Until recently, Lauren lived alongside Grace Shober, 23, of Pennsylvania, a former heroin user who has completed several rehabilitation programs, most recently last year in Orange County. She estimated that her medical insurance has paid some $200,000 over the years for various treatments while her parents have had to pay about $31,000 out of pocket.

Relapse is the reason for Shober’s numerous encounters with rehab and her case is the rule rather than the exception, research shows. For example, a 2010 study of opiate addiction found a relapse rate of 91 percent, 59 percent in the first week out of residential addiction treatment.

The recent drug overdose of actor Philip Seymour Hoffman, who reportedly had been sober for many years before taking up heroin and other drugs again, is a highly public example of the powerful lure of relapse despite stints in rehab.

The Value of Rehab

Lauren, Shober and other former addicts interviewed for this article said that successfully achieving abstinence from drugs happens only when an addict is ready and not sooner, raising the question: Is rehab always worth it?

Desperate parents feel they have no choice but to try, said Grace Shober’s mother, Gerri Shober.

“I don’t know what other options they have,” said Gerri Shober, who intimated that rehab was the only alternative to homelessness for her daughter at certain times. Meanwhile, she and her husband work full time, have helped raise Grace’s two young sons and at one point took out a loan to underwrite addiction-related expenses.

Experts have acknowledged that rehab cannot guarantee avoidance of relapse. But they have said rehab can teach addicts to know the signs of relapse and recover from it more quickly.

‘“Relapse is a frustrating issue,” said Doug Polcin, a senior scientist specializing in addiction at the Public Health Institute in Oakland. “Most people who have been in treatment will relapse at some point. But if you look at their functioning before and after treatment, you see huge improvements. … If they’ve gone through rehab, they get back on track faster.”

According to a report from the National Institute on Drug Abuse, “Unfortunately when relapse occurs, many deem treatment a failure. This is not the case.” The report compares addiction to a chronic condition that, like diabetes or hypertension, can be managed only when patients receive consistent, appropriate treatment.

The Pitfalls of Posh

A recent book about addiction treatment, “Inside Rehab,” finds that residential facilities may not be a good solution for a majority of addicts, because outpatient programs help people transition to real life more effectively. The book also cites research that publicly-funded addiction treatment programs in modest neighborhoods often provide better care than expensive private alternatives.

Orange County maintains 36 county-operated or county-contracted programs, a mix of outpatient and residential.

“Our facilities are not posh by any stretch,” said Brett O’Brien, alcohol and drug program administrator of the Orange County Health Care Agency. “But I’d like to think our programs are just as effective” as private alternatives.

Among the reasons, according to O’Brien, is that publicly-funded programs are publicly accountable for results. Some addicts in public rehab programs, he said, are there under court under and as such have reached the proverbial rock bottom and are finally ready to confront their addictions.

“People are compelled to be there. They’ve had that crisis in their life, gotten arrested, had their child taken away. This can be an opportune time to for someone to get treated,” he said.

But Evan Miller, director of The Landing in Newport Beach, said that clients in private settings are often just as eager for a new life.

“We get a lot of guys who have hit bottom; their kids are not talking to them and they want to change. They’ve had enough.” After nine months in The Landing’s residential and outpatient programs, 50 to 60 percent of clients report sobriety, Miller said.

The interior of The Landing, a Newport Beach drug rehabilitation facility (Photo credit: The Landing).

Paying for Sobriety With Sweat Equity

At the Salvation Army Adult Rehabilitation Center, only 18 percent of clients make it through the tough six-month program. Some leave and others are expelled for breaking the rules against substance use, stealing, pornography and fighting, according to Linda Quaranta, the center’s director of rehabilitation.

Pricier rehab facilities find it challenging to enforce strict rules on patients paying large sums to participate in the program, said experts and former addicts interviewed for this article. But Miller said clients at The Landing don’t get special breaks because of their wealth, citing the rule prohibiting access to cell phones in the first 30 days.

“We’re not going to bend the cell phone rule because you run a multimillion-dollar business,” he said.

Rule breaking can be a fact of life in rehab, particularly when it comes to younger clients. A 23-year-old former addict living in San Clemente, who did not wish to be named in this article, said the first time she smoked heroin was in a rehab facility in Laguna Beach.

A veteran of many rehab programs, she and others interviewed said that coed facilities are notorious for “rehab romance,” which, particularly for young people, often leads to relapse.

Misbehavior occurs at the staff level too and is subject to sanctions. Among licensed residential programs, the most common complaints are allegations of abuses by staff, including not feeding clients or forcing them to run personal errands, according to Daunette Sparkman, an analyst with the Licensing and Certification Branch of the California Department of Health Care Services.

The most recent list of addiction programs shut down by the state included 17 in Orange County. According to news reports, some of these were sober living homes illegally providing treatment services without a license.

Even for people who follow the rules of their program, traditional rehab may not be enough.

Youth relapse is a problem that requires a wider range of solutions, said Dr. Keith Heinzerling, an addiction medicine specialist at the UCLA Medical Center in Santa Monica.

“It’s hard to get young people to engage in treatment and make a long-term commitment to not using drugs or alcohol,” Heinzerling said.

Rehab can usher patients into abstinence under the right circumstances, he said, but once someone has fallen off the wagon a few times, medical interventions are sometimes a better option.

Two relatively new medical therapies are being used as substitute drugs to ease patients off heroin. But they too are proving complicated and in some cases controversial.

Buprenorphine, an opioid that reduces heroin cravings without offering euphoria, can be addictive. And vivitrol, which is not addictive, can prove fatal if mixed with opioids, he said.

Heinzerling said that treatments that offer a path between active addiction and total abstinence should receive more support, but rehab approaches in the U.S. favor all-or-nothing: descent to rock bottom followed by a complete swearing off.

Amy DePaul is a Voice of OC contributing writer and lecturer in the UC Irvine literary journalism program. You can reach her directly at [email protected]